NFL News and Rumors
One of the most exciting teams in the AFC takes on one of the more browbeaten teams in the NFC in this NFL betting season opener as the Miami Dolphins travel to Washington to take on the Redskins.The Dolphins are poised to make life interesting for the opposition this year. They already had talented quarterback Ryan Tannehill on offense, but they added Ndamukong Suh to their defense this year, and he will improve what was already a very talented Dolphins D by pursuing opposing passers and giving the unit even more swagger. It will be interesting to see if the Dolphins will have their pass rush together by Week 1. The Redskins are a soap opera right now. Never mind that their very franchise name is under attack – the dysfunction between head coach Jay Gruden and quarterback Robert Griffin III became so uncomfortably public last year that it seemed like there was no way both of them would be back this year – but they are back, and benching Griffin for Kirk Cousins last year really didn’t pay off at all, so they appear to be stuck with each other again. Griffin has had another off-season to gain back some of that dynamic speed that he had during his rookie season, so it will be interesting to see if the Redskins can improve their fortunes this year.The Dolphins are favored to win the game by ½ point on some books, while others have it listed simply as a “Pick.” In terms of yards, the Redskins are around the middle of the pack in the league, but in terms of scoring touchdowns and finishing possessions in the red zone, they fall below the league’s average. They’re going to need to improve that performance if they want to beat Miami, though, because the Redskins’ defense is simply not very difficult to beat. They don’t cause a lot of turnovers or create a lot of sacks, so they have to do what they do on the offensive end. 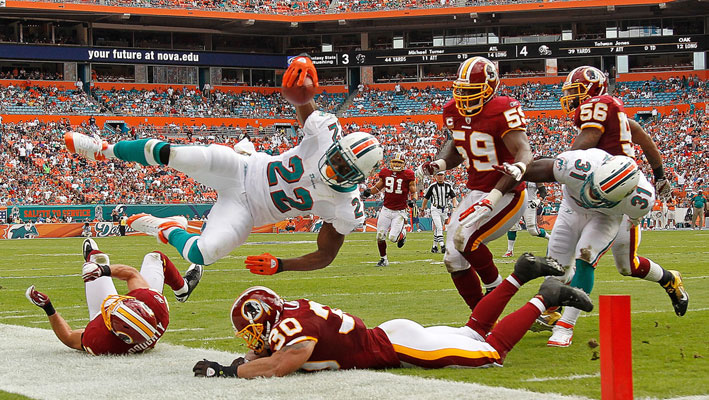 If Ryan Tannehill is ready to take the next step and elevate his game this season, Washington could be a good place to start, as the team struggles to defend against the pass. Also, while the Dolphins weren’t the best at forcing turnovers in 2014, the Redskins did not do a good job with the football last year, putting it on the ground well above the average number of times. The Dolphins’ new and improved pass rush should be able to make hay against the struggling offensive line that the Redskins have. 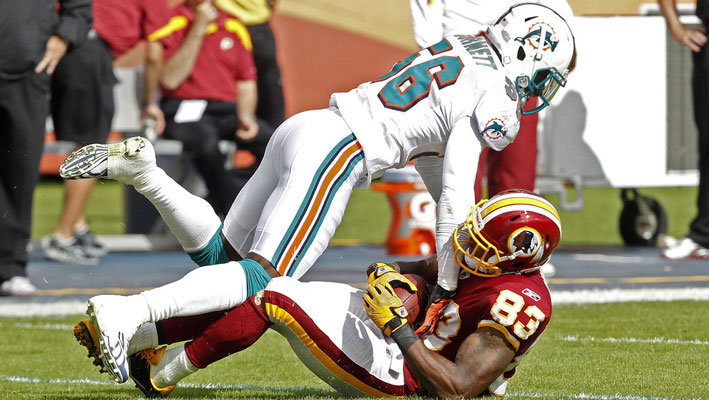 The total for over/under betting is 46 for this game. It’s unlikely that Washington will do a lot of scoring in this one, but Miami could turn this into a barnburner. However, 46 points sounds like a lot. My thinking on this game is something along the lines of 28-10 or 31-13 Miami – which would make the under a decent play. There are other bets for Week 1 that seem a little more clear-cut. My bet on this game would be to take the Dolphins to cover that ½-point spread, because I think they’re going to do it and then some. I’m just not convinced that Washington is ready to start beating decent teams. Until they do that this year, I’m going to keep betting against them. Sources:ESPN.com: http://espn.go.com/nfl/player/stats/_/id/14875/robert-griffinNFL.com: http://www.nfl.com/player/ryantannehill/2532956/profile
Older post
Newer post