NFL News and Rumors
Now that the calendar has turned to June, it’s time to take another look at the next season NFL betting, and where all of the teams rank up, 1-32, with only a couple months left before training camp opens.1. Seattle. Adding Jimmy Graham was a genius idea and could take the Seahawks to Super Bowl 50. Defensive coordinator Dan Quinn is gone, as are some key pieces, but this team should be in a third straight Super Bowl.2. Baltimore. This team only went 10-6 in 2014, but there is no truly dominant franchise right now. The running game will give Joe Flacco time to build chemistry with his receivers.3. Green Bay. It would be easy to suggest that this team will vault over Seattle this year, but the pass rush and the secondary are definitely vulnerable. The defense must improve for this team to contend.4. New England. Even with Tom Brady suspended for the first four games of the season, the Patriots will return strong. They could still win 10 or 11 games and will be in the hunt for another AFC title.5. Minnesota. Yes, they were 7-9, but their starting running back missed most of the season. As long as Adrian Peterson breaks camp with the Vikings (and they figure out how to rush the passer), they should contend.

Adrian Peterson is back in a @Vikings uniform, and he looks ready to go. pic.twitter.com/BkcPaJIVBK

6. Philadelphia. This ranking depends on Sam Bradford returning from injury and having a successful season. It also depends on DeMarco Murray not having a dropoff after his huge 2014 season.7. Kansas City. If the Chiefs can satisfy Justin Houston with the right contract and figure out how to make that passing game hum, this team that went 9-7 in 2014 with a dysfunctional offense should improve significantly.8. Pittsburgh. Keith Butler is the new defensive coordinator, replacing Dick LeBeau. If this pays off, expect the Steelers to give teams fits all year.9. Arizona. It took the loss of two quarterbacks to knock this team out of the #1 seed in the NFC playoffs. They’ll be back.10. Denver. The Broncos’ O-line was a real house of cards, and Peyton Manning can’t scramble. Keep the line together, and Manning makes other teams look silly.11. Indianapolis. The Colts’ defense remains an open question, and it’s not clear that Chuck Pagano has figured things out.12. Dallas. The Cowboys have added a few pieces to that defense, but they’ve lost some too – and they lost the NFC Offensive Player of the Year.13. Cincinnati. The O-line and running game should be able to carry Andy Dalton, but the Bengals need a great signal-caller to advance. 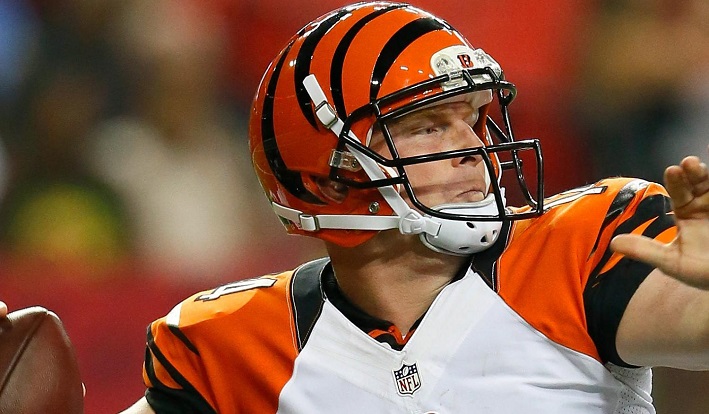 14. San Diego. This is a wildly inconsistent team, year after year. Any finish between 7-9 and 12-4 would not be surprising.15. New Orleans. Drew Brees to Josh Hill could be the new Troy Aikman to Jay Novacek.16. Detroit. What have the Lions done to replace Ndamukong Suh? Not enough to get back to the playoffs.17. Miami. They’ll come in second in their division, but they won’t make the postseason.18. St. Louis. This team could fly up the rankings if Nick Foles turns out to be as good as people say he is.19. Buffalo. Matt Cassel or EJ Manuel will have to figure out how to play quarterback consistently well for this team to contend.20. Atlanta. New coach Dan Quinn could revitalize the defense, but the team still needs a running back.21. Carolina. Cam Newton needs some help, and I’m not sure he got it.22. Chicago. The offense relies on Jay Cutler, and the Bears laid an egg with Ray McDonald.23. New York Giants. This team has to find a way to protect Eli Manning. 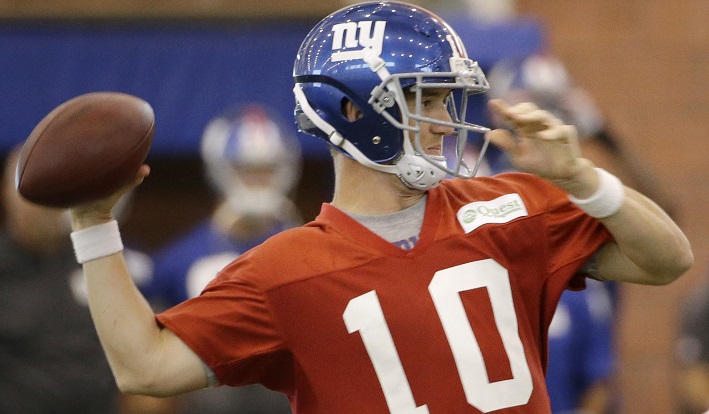 24. New York Jets. The front seven on defense are outstanding – and so is the secondary. The new head coach is a shot in the arm. But there’s no offense.25. Washington. The feud between Jay Gruden and RGIII could tear this team apart – again.26. Cleveland. They still don’t have an inspiring option at quarterback.27. San Francisco. This team could implode after the loss of Jim Harbaugh and Frank Gore and the retirement of four other players.28. Houston. Brian Hoyer coming to down to save the offense? We saw that in Cleveland.29. Jacksonville. We’re still not ready to trust Blake Bortles or this pass rush.30. Tampa Bay. Jameis Winston will get a lot of exercise running from opposing defenses, and he has no one to hand the ball too.31. Tennessee. The supporting cast around Marcus Mariota is simply not good.32. Oakland. This team has a bunch of holes. We do love Jack del Rio’s enthusiasm.
Sources:
http://espn.go.com/nfl/player/_/id/10452/adrian-peterson
http://www.nfl.com/player/nickfoles/2532842/profile
Older post
Newer post