NFL News and Rumors
As the 2015 NFL betting season approaches, most signal-callers will be under intense pressure to deliver, as quarterbacks are usually charged with the responsibility of playing the most vital role in the team, which is to lead others to victories. With the NFL odds in mind, here are a number of quarterbacks who will need to step up their game and live up to their big-money contracts and celebrated reputations in their respective teams: 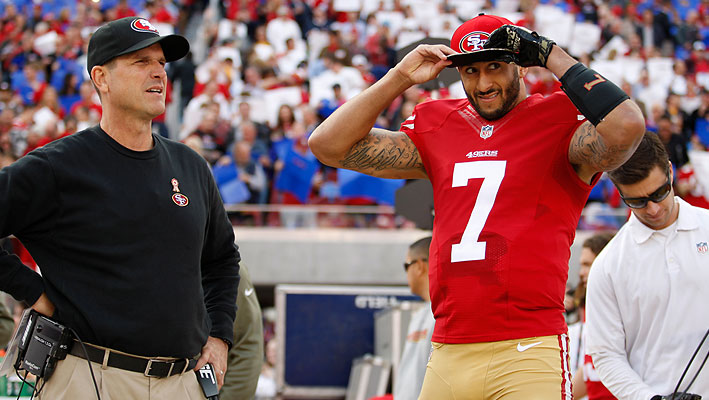 During the 2014 season, the 27-year old quarterback saw his passing yardage and completion percentage go up from the 2013 records. However, all that wasn’t good enough, as he averaged 210.6 passing yards per game, good for just No. 25 out of 33 qualified QBs. Additionally; he had a turnover problem, scoring just 19 TDs to 10 interceptions and fumbling five additional times while running the ball. With three new starters along the offensive line, a new RB and a new head coach to work with in 2015, a lot is expected from Kaepernick in terms of efficient passing and delivering more victories. The QB will also need to work on his footwork and increase his accuracy ahead of the new season. 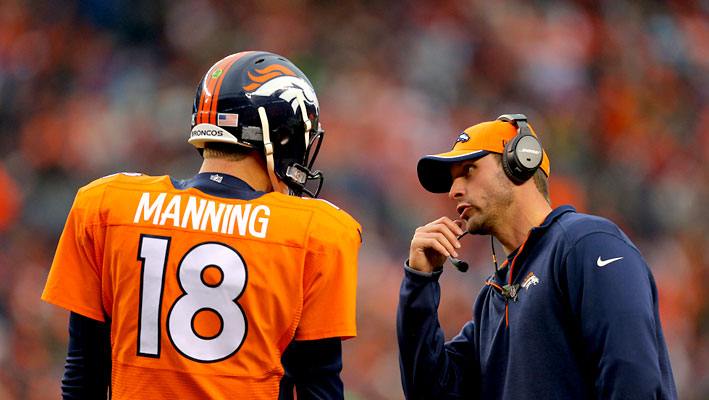 Manning took a $4 million pay cut to make a run for the championship one more time. Even so, after a rather fizzled out finish to the 2014-15 season, the Broncos superstar will have a lot to prove under new head coach Gary Kubiak. Of course, no matter how the 2015 season unfolds, Manning’s contribution to the game speaks for itself. For instance, he has the Most Single-Season Passing Yards (2013): 5,477, Most Career Touchdown Passes: 530, and Most Seasons with 4,000+ Passing Yards (1999-2004, 2006-2010, 2012-2014) among other achievements. All that notwithstanding, the Broncos fans won’t be forgiving to him if he cannot lead them to a successful season, preferably with a Super Bowl 50 win. 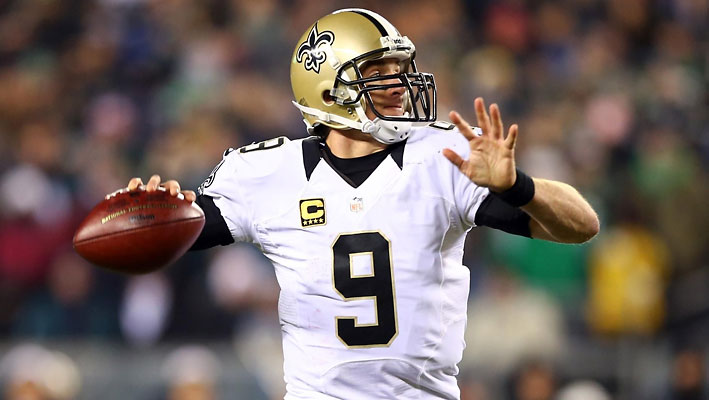 It is sad to discuss the prospected decline of the Saints QB Brees and imagining him play without his favorite target Jimmy Graham, especially in his late career. But that is the unfortunate reality and we have to embrace it. Plus, after not throwing for less than 5,000 yards since the 2010 NFL season, Brees passed for 4,952 yards, 33 TDs with 17 interceptions, as the Saints had a generally disappointing 2014 season.  Minus his top targets in the receiving department, it is hard to believe the QB will get his numbers high this year, unless he really pushes himself to the very extreme. And with his advanced age working against him, it will definitely be tough for Brees. 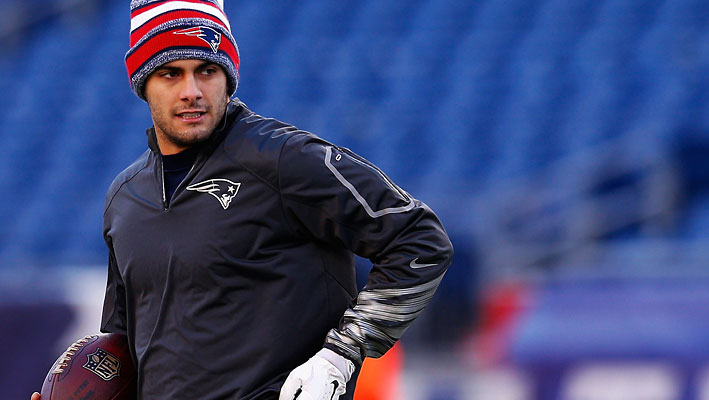 At the beginning of the season, Jimmy Garoppolo will more likely to get the chance and show the world what he is made of due to Tom Brady’s suspension. In the same way Matt Cassell excelled when filling in for the injured Brady in 2008, Garoppolo is similarly expected to prove his worth this year as the Patriots begin their 2015 campaign. 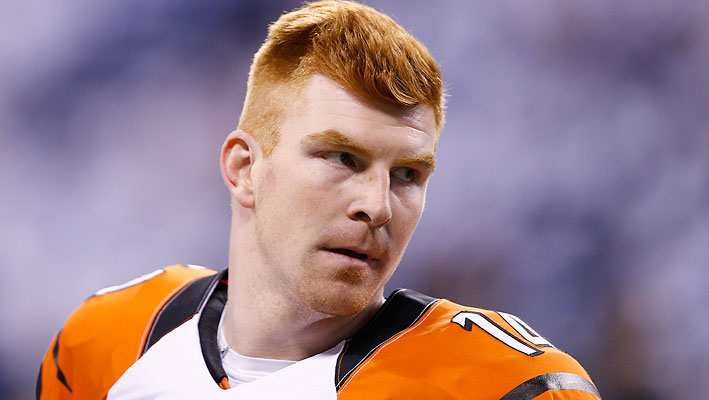 Since being drafted by the Bengals in 2011, Dalton has never faced any serious competition in his team even when his numbers have been subpar. In 2014, the QB averaged 212 YPG and threw 19TDs and 17 interceptions. With the new season set to begin and no playoff victory to his name, the Bengals signal caller will be under pressure to not only lead the team to a more efficient regular season, but the fans will also need him to deliver a playoff win. Failure to achieve either or both of those accomplishments could see Cincy looking for a new QB to replace Dalton. 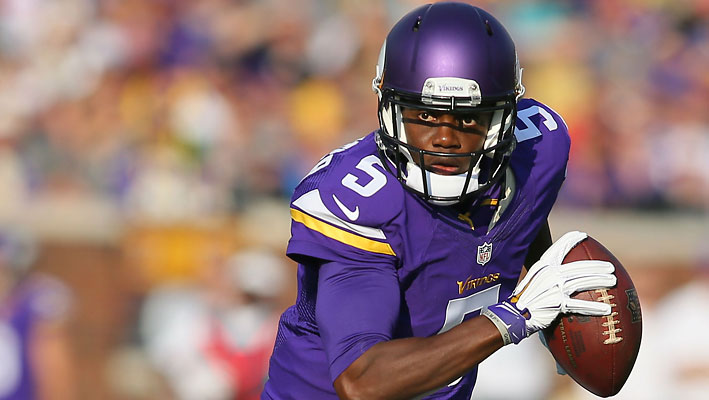 The QB started 12 games and posted a 64.4 percent completion rate without the team’s super star Adrian Peterson in his rookie season with the Vikings. With Peterson back in the team’s lineup and the addition of WR mike Wallace to stretch the field, the pressure will be on Bridgewater to perform better than he did in his rookie year. 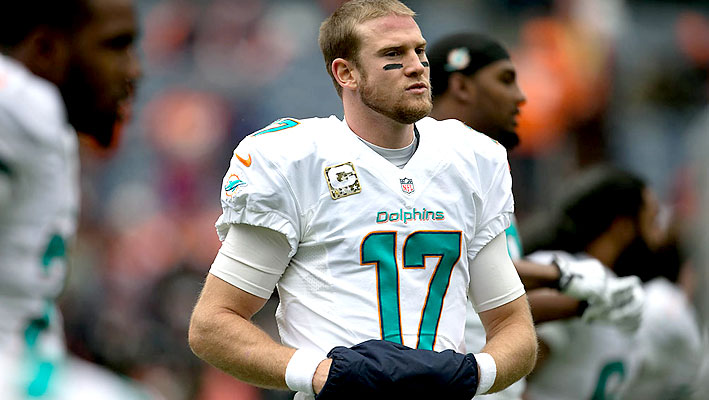 Tannehill signed a six-year, $96 million contract extension with the Miami Dolphins in the offseason, forcing many people to question the move, as the QB has barely proved his worth in the league, yet he earned a spot among the richest QBs in the league. With all eyes are on Ryan Tannehill and his performance in the new season, the quarterback will need to do more than just challenge for the .500 mark. To his credit, Tannehill has improved with every passing year in the league, so he may end up proving his critics wrong by leading the Dolphins to a solid year, probably including a spot in the playoffs. Sources Rotoworld.com (http://www.rotoworld.com/player/nfl/7417/ryan-tannehill) Wikipedia.org (https://en.wikipedia.org/wiki/Gary_Kubiak)
Older post
Newer post