NFL News and Rumors
NFL betting fans wondering what’s in store for Eli Manning and the New York Giants, then you’re in for a treat. We bring you a deep analysis on the top five questions surrounding the G-Men as they get set for the upcoming 2015 season. With that said, let’s take a look at the some of the questions and predictions surrounding the NY Giants. 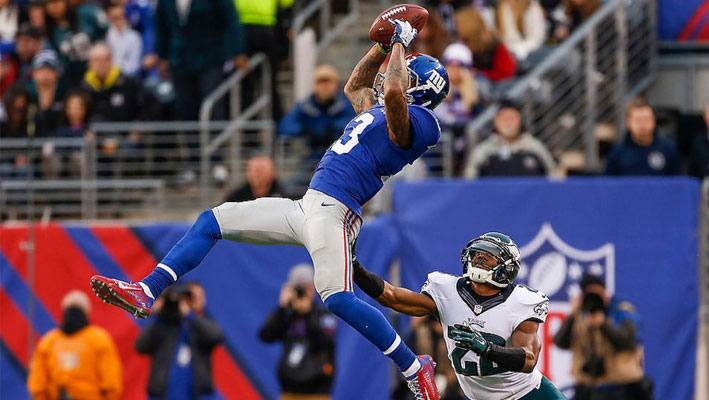 Odell Beckham Jr. had a rookie season for the ages in 2014 by hauling in 91 passes for 1,305 yards and that unforgettable one-handed (NO…make that three-fingered) Monday Night Football touchdown grab. With veteran Victor Cruz scheduled for a full return to health, I think things could be even easier for the gifted Cruz in 2015. No matter what kind of sophomore season he has, there’s no doubt that the aptly-named ODB is definitely the real deal. 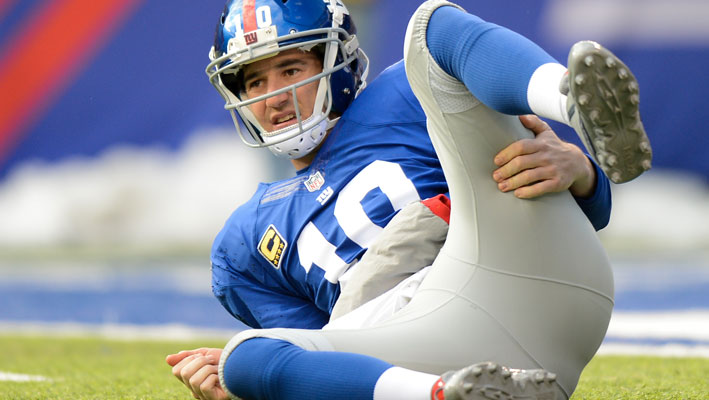 Eli Manning had arguably the best season of his career in 2014 as he set new personal bests in completion percentage (63.1) and quarterback rating (70.93). The two-time Super Bowl champion also had the second-best season of his career as far as touchdown passes (30) and passing yardage (4,410) while throwing the fewest interceptions he’s had in five years. However, Manning also finished 14th in passing in 2013 in what was an inconsistent mess of a campaign. Still, with a pair of elite wide receivers in the fold, I like Manning to finish inside the Top 10 in most major passing categories in 2015.

3. Will Victor Cruz bounce back from injury? 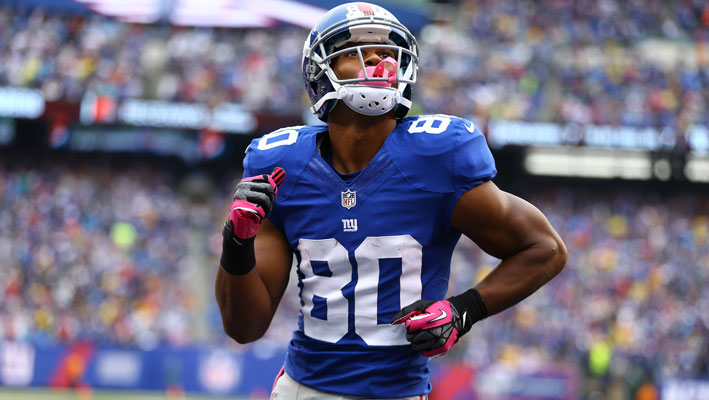 Cruz had a fantastic sophomore season back in 2011 when he caught 82 passes for 1,536 yards, but he’s not been able to match those numbers since. After being limited to just six games and 23 catches because a patellar tendon tear last season, Cruz will definitely put up better numbers if he stays healthy. How well he bounces back remains to be seen, but I can see Cruz reaching the 1,000-yard mark.

4. Will 2015 Become Another Cinderella Season in the Big Apple? 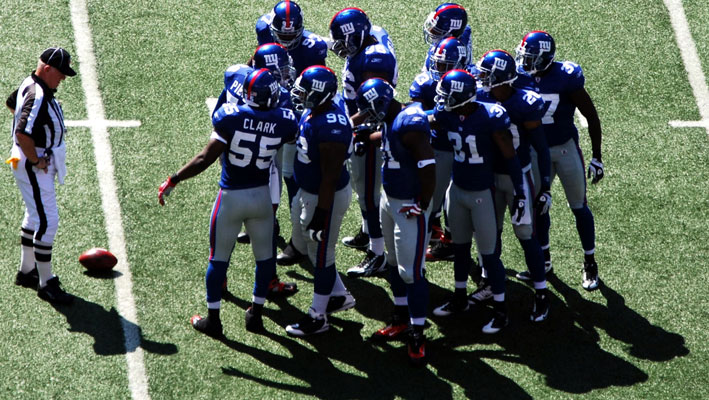 The Giants have already pulled off two Cinderella campaigns this millennium, having won it all in 2007 and 2011 despite looking like a one-and-done playoff participant each time. I say you never put anything past Eli Manning and the Giants, but hey, that’s just me. 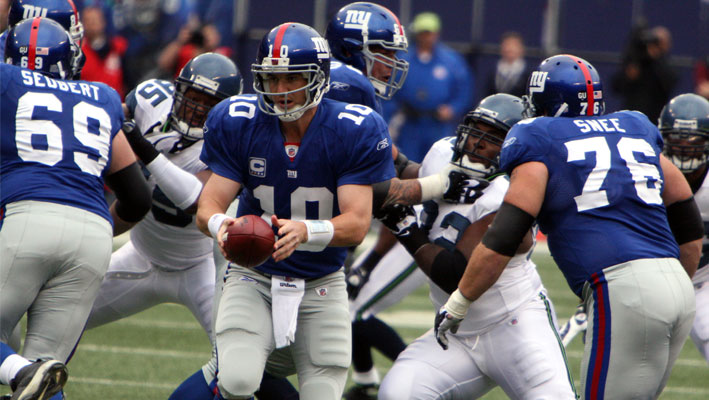 The success of the Giants in 2015 could depend largely on the kind of defense they play this coming season. New York’s defense was downright ugly last season, finishing 29th overall, (375.8 ypg) while allowing a whopping 135.1 rushing yards per game to rank 30th. Personally, I think the G-Men are going to have a bit of a tough time in becoming an elite defense, but hey, they weren’t ‘elite’ on that side of the ball when they won both of their last two Super Bowl titles, so there’s that! Sources:NFL.com: http://www.nfl.com/draft/2014/profiles/odell-beckham?id=2543496ESPN.com: http://espn.go.com/nfl/player/_/id/5526/eli-manning
Older post
Newer post