NFL News and Rumors
The Jaguars are on the clock thanks to this mybookie.ag original analysis on the top five questions surrounding Jacksonville heading into training camp. So if you’re looking to get some NFL betting action this coming season, and wish to know what’s in store for young signal-caller Blake Bortles and the Jacksonville Jaguars (3-13 SU, 6-9-1 ATS, 8-8 O/U) as they get set for the upcoming 2015 season, then you’re in for a treat. With that said, let’s get this party started.

Yes…I fully expect Blake Bortles to improve on the mostly pedestrian campaign he had as a rookie in 2014. I know the No. 3 overall pick in the 2014 NFL Draft struggled more than expected while completing just 58.9 percent of his passes and throwing 17 interceptions versus a modest 11 touchdown passes, but the fact of the matter is that Bortles didn’t have much talent surrounding him at the skill positions last season. I expect the additions of rookie running back T.J. Yeldon and wide receiver Rashad Greene will help, but I’m still not very enamored with starting wide receivers Allen Robinson and Allen Hurns. Jacksonville really needs to surround Bortles with some quality skill position players to ensure that he doesn’t end up like former first round pick Blaine Gabbert.

Where does Denard Robinson fit in?

Despite the fact that former Michigan quarterback-turned running back Denard Robinson didn’t make a single start for the Jags last season, he still managed to lead the team in rushing with 582 yards and a solid 4.3 yards-per-carry average. Robinson topped the 100-yard plateau twice last season, but unfortunately, the Jaguars only gave Robinson more than 20 carries just once in 2014. Robinson will backup starter Toby Gerhart and should see ample time as arguably the team’s best threat to score any time he touches the ball.

Will the Jags score the ball more this season?

Yes…they will…barely. The Jags ranked dead last in scoring last season (15.6 ppg) and failed to score more than 17 points in dropping each of their first five games a year ago. Jacksonville also finished a pitiful 31st in total offense and passing last season, prompting the dismissal of now former offensive coordinator Jedd Fisch.Jacksonville will turn to former Oakland Raiders offensive coordinator Greg Olson to help Bortles’ development much like he did Derek Carr last season.Jacksonville also brought in former Bills head coach Doug Marrone and respected offensive coordinator Nathaniel Hackett to work with the offensive line and quarterbacks, respectively.I expect all of these additions, plus the addition of veteran tight end Julius Thomas, to help both, Blake Bortles and the Jags offense as a whole. Besides, after their dead-last finish last season, the Jaguars have no place else to go but up.

Can the defense improve?

Yes they can…I think. Jacksonville ranked in the bottom third in every meaningful defensive statistical category including total defense, (26th), and points allowed (25.8 ppg, 26th), so again, this unit also has nowhere else to go but up.The Jags were wise to draft linebacker Dante Fowler with the No. 3 overall pick and even though he will miss his rookie season because on ACL tear he suffered in his first NFL practice, I think Jacksonville can still take a slight step forward defensively in 2015.Louisville safety James Sample and Ohio State linebacker Michael Bennett will both play at some point and they should help Jacksonville take a slight step forward as will the addition of veteran cornerback Davon House. Still, I wouldn’t expect a huge lap forward by any stretch of the imagination. 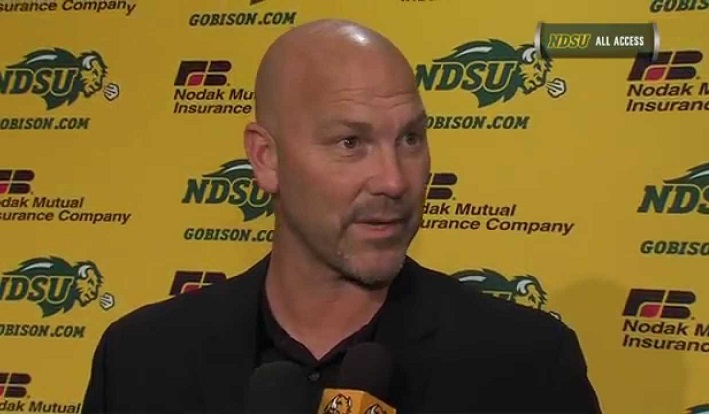 Is Gus Bradley on the hot seat?

Nope…but he should be! I know Gus Bradley has a pristine reputation as one of the best defensive minds in the game today, but you’d never know it by looking at his Jacksonville Jaguars teams the past two seasons.While Bradley was highly successful in his role as the Seattle Seahawks defensive coordinator from 2009-2012, he certainly hasn’t been able to duplicate that success in his two seasons leading the Jaguars.After leading the Jags to four wins on 2013, Jacksonville took a step backwards last season in recording just three victories. Making matters worse in my estimation is Bradley’s failure to upgrade his offensive unit outside of drafting Blake Bortles last season and signing tight end Julius Thomas this offseason.Bradley is safe right now, but I think he should be on the hot seat, particularly if Jacksonville doesn’t show some sort of improvement by midseason at the least.Sources:ESPN.go.com (http://espn.go.com/nfl/player/_/id/14157/davon-house)NFL.com (http://www.nfl.com/player/blakebortles/2543477/profile)
Older post
Newer post