NFL News and Rumors
After what can be largely considered as a season of two distinct halves, the Kansas City Chiefs (10-5) will be looking to end the regular season on the same high that has seen them streak out nine straight wins after a 1-5 start to the season. That, however, doesn’t mean that Derek Carr and the Oakland Raiders (7-8) will be lying down at the Arrowhead Stadium for the Chiefs to walk on them. I mean, this is a Raider team that is hell-bent on recording a non-losing season for the first time since 2011, and given a chance, they will most definitely take it because that’s what they do. This is your awaited NFL betting preview of the Raiders at Chiefs NFL Week 17 clash and, with your permission, I will be taking you through the key betting details you need to know about this game.

This game between the Raiders and Chiefs is set to take place on Sunday, January 3 at 1:00 PM ET, with the game’s venue being the Arrowhead Stadium (Kansas City). CBS will be the TV station to catch the game live, and the Chiefs are currently placed as 7-point favorites to win the game. For moneyline bettors, duly note that the Chiefs are trading at -105 while the Raiders are placed at -115, with the game total set at 43.5. Happy betting to y’all and below is a guide on where the smart money is at…

Why Bet on the Raiders at +7

Following their 23-20 overtime victory against the San Diego Chargers on Christmas Eve, the Raiders are hoping to build on that momentum for another win, a victory that would wipe out the memories of the 34-20 home loss to the Chiefs in Week 12. Carr, who showed composure in Week 16 to lead Oakland to their game-winning OT drive, decently passed for 283 yards and two touchdowns in Week 12. He, however, threw three costly picks in that game against the Chiefs, including a 38-yard pick-six, leading to his team’s demise. If he can clean up his mistakes, the Raiders will certainly be good enough to take the Chiefs down to the wire, if not beat them altogether.  After all, although the Raiders have a poor passing defense, and QB Alex Smith (along with star receivers Jeremy Maclin and Travis Kelce) and the Chiefs have a solid passing offense; the K-City signal caller could only muster 125 yards on Sunday against Cleveland’s questionable aerial defense, so you should be careful about pounding too hard on the Chiefs in the NFL betting lines.

Why Bet on the Chiefs at -7

You already know that the Chiefs are streaking on nine straight wins, and you also know that Kansas City’s 17-13 win over Cleveland in Week 16 confirmed at least a wild card spot for the Chiefs in this year’s playoff. So when we say that the Chiefs look worthy of your money in Week 17, you most definitely have an idea of what we mean. Plus, if Smith was able to pass for two TDs in Oakland in Week 12, he should almost certainly be good for more-or-less the same (if not better) production in front of his faithful Kansas City fans. And if that isn’t a reason big enough for the Chiefs to motivated, then the fact that a Denver loss in Week 17, along with a K-City win against the Raiders, would clinch the Chiefs the AFC West divisional title should buoy Kansas City for a big showing this week. 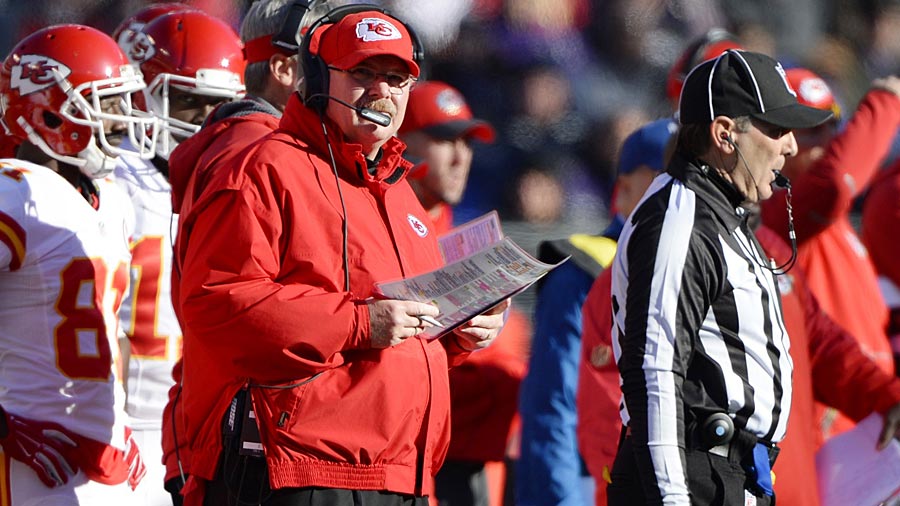 With a playoff spot already in the bag, the Chiefs could be up for a let-down performance here. In addition, Derek Carr has arguably the most effective second-year signal caller in the league right now, so writing him off from putting up a big game would be a mistake. But then again, Carr has been too erratic in recent times and the Raiders have been far from good when playing on the road, so trusting them here for a win would be a big gamble. Keeping all that in mind, we believe the Chiefs are good for the win, but Oakland should be able to keep things interesting (like Cleveland in Week 16) to cover the spread.My Final Predicted Score: Kansas City 29, Oakland 24.
Older post
Newer post