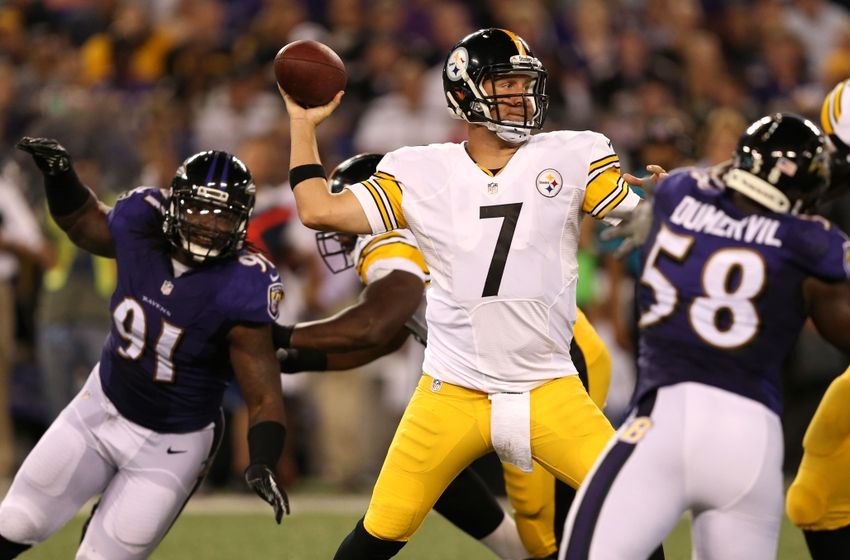 Written by Jordan Walters on January 2, 2015

NFL News and Rumors
If there is something we have learned from previous football seasons is this: The Wild Card round is full of hostility. After all, this round features teams seeded 5 and 6 that doesn’t have much on the line, and coming in good shape can actually take them all the way to the Super Bowl. So this is really the round that separates the wheat from the chaff, and bettors should really start to take it seriously. So let’s take a look at the NFL betting odds as we get ready for this top class game.

Date/Time: Saturday, January 3rd, 8:15 PM
Location: Heinz Field, Pittsburgh, Pennsylvania.Game Odds:RAVENS: +3+105, OV 45 -110, ML +155STEELERS: -3-125, UN 45 -110, ML -175
Things have changed for Pittsburgh since they opened the season. The Steelers did not look as strong as they would and didn’t play as a postseason contender, but ended the year as a true candidate, clinching the AFC North Division title. Anyone that has to face Pittsburgh in the postseason is sure to be shuddering at the prospect of facing that offense, but the Iron Curtain took a severe hit in the final game of the season when Le’Veon Bell was taken off with a knee injury during the regular season finale against the Cincinnati bengals. Bell is a major cog in that offense, and while the good news is that the injury is not as serious as first thought, it is still likely to keep him out of this game. The Steelers snapped up free agent RB Ben Tate who was just cut by the Minnesota Vikings. 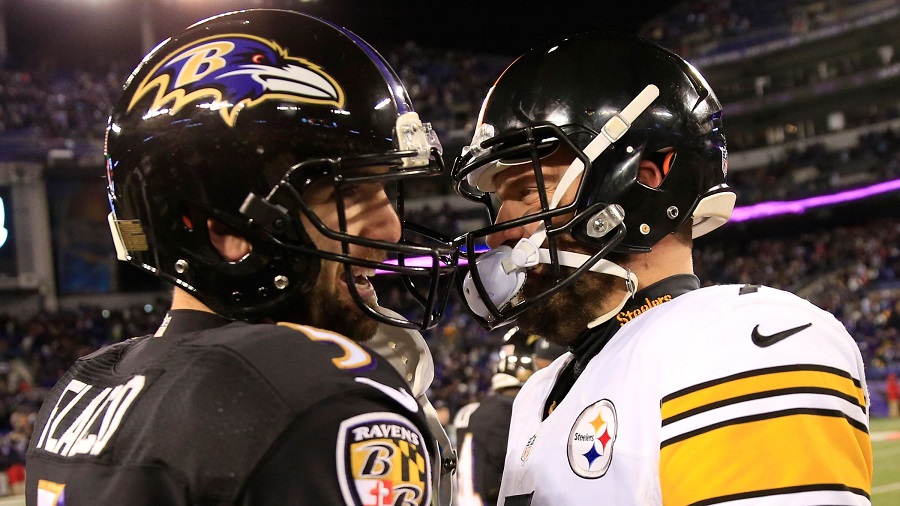 The Baltimore Ravens had to struggle to get into the playoffs, beating a bad Cleveland Browns team 20-10, and getting a ticket to the postseason after the Chargers couldn’t beat the Chiefs. It has been something of a typical performance for the Ravens this season. They have been pretty solid defensively, but they get sporadic efforts from QB Joe Flacco. He can go from looking like a world beater to a third-stringer in the space of a single quarter. If it comes down to a battle of QB arms here, the Ravens could be in really deep trouble.

Who has the Edge in the NFL Betting Lines?

Playing at Heinz Field constitutes a huge advantage for the Steelers, who have been made 3-point favorites for this game. The Steelers were 9-7 ATS on the season, but saved their best for the big games, going 5-0 ATS versus teams with a winning record. The Ravens were 8-8 ATS on the season, and just 2-4 ATS versus division opponents. These two split the series this season, but Pittsburgh blew out the Ravens in the game played at Heinz Field.Even without Le’Veon Bell in the line-up, the Raven still have to figure out a way to shut down Roethlisberger and his talented WR group, led by Antonio Brown. I don’t believe they can, and I like Pittsburgh to win and cover.
Older post
Newer post