NFL News and Rumors
As general managers and coaches prepare to make potentially franchise-altering decisions in the training camps, trimming their squads to 53-man rosters, we take a look at some of the 2014 rookies who didn’t impress much last NFL Betting Season, but are deserving of a second chance this year.

After coming off first-overall in the 2014 draft, Clowney barely got a chance to prove his worth last season, as he featured in just four games starts and totaled 5 measly tackles, with zero sacks and no forced fumbles. It would, however, be unfair to judge Clowney as bust, considering he suffered a torn meniscus injury, which limited him from much playing time. With the DE now back from injury and ready to make his mark in Houston’s defense, the Texans should be ready to give him a chance and be patient with him, as he gets back to full fitness.

As a 24th overall pick in 2014, Dennard was tipped as one of the rookies to watch out for in his class. Things, however, didn’t turn out as expected for the first round pick, as he only played 61 snaps on defense last season, with his 17 combined tackles and 1 sack coming mostly from his work with the special teams. Looking ahead into the new season, Dennard has made a number of offseason changes that have reportedly made him a better player, while rookie defensive coordinator admitted in February that the he intends to play the cornerback more often in 2015. With the player looking more explosive and motivated and more playing time guaranteed for him in the defense, there is a high likelihood that Dennard will be more efficient in 2015.

.@ttwentyman takes a look at where all 18 rookies stand heading into training camp: http://t.co/ADq3s0yeZZ pic.twitter.com/pwMu4qeqX4

With only 25 receptions on 49 targets, 248 yards (just 9.9 receiving yards per reception) and one score in his rookie campaign, it is safe to say that Ebron (a 10th overall pick in 2014) didn’t live up to his hyped-up expectations. At some point, Ebron admitted to feeling “zombified” with the tough process of learning an NFL offense. As an upside going forward, Ebron no longer has the nagging hamstring injuries from 2014, so he should be able to have a better year in 2015.

To be fair, Sankey didn’t have the best of quarterbacks to lead him in 2014 and the team operated with a depleted O-line, including the injury of veteran left tackle Michael Roos. Still, after a standout college career with the Huskies and being the top running back selection in the 2014 draft (selected 54th overall), there is no doubt that the Tennessee fans expected more than Sankey’s 2 TDs and 569 rushing yards (3.7 yards per carry) in 16 games. Fortunately for Sankey, his new QB, Marcus Mariota, is one of the most promising dual-threat signal callers in the league, so his running game could be easily improved this year. 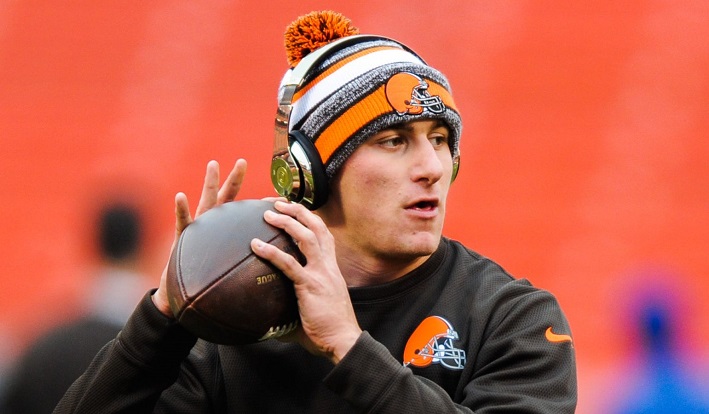 The biggest reason everyone has been talking about Manziel and his swing-and-miss rookie season is because he was the most hyped rookie in his draft class. And by any playing standards, his 175 passing yards, 0 TDs, 2 INTs and 42.0 passer rating rightfully place him in the bust category. Though, in his defense, Manziel only totaled seven quarters of play, so giving up on him now would be unfair and short-sighted, to say the least. As a freshman for Texas A&M, coach Kevin Sumlin nearly dismissed the QB when he was arrested and charged with disorderly conduct and giving police a fake ID. However, Sumlin gave Manziel—relatively unknown at that time—a second chance. And Manziel duly repaid the decision, leading Texas A&M to fantastic 2012 and 2013 seasons, which earned Sumlin a massive pay raise and a Heisman Trophy to Johnny Football. So although Manziel looks like a broken record right now, a second chance is definitely deserved for him in Cleveland.
Older post
Newer post