NFL News and Rumors
The National Football League is about halfway through the 2015 preseason, and teams are solidifying their plans for their opening week rosters in the regular season. Here are some of the latest rumors swirling for you NFL betting fans as teams find ways to bring those rosters down to 53 men in time.

Anthony Castonzo is a Big Guy With a Little Dog: http://t.co/hqVgLI4hqJ pic.twitter.com/9IQ5MP4Afc

The Indianapolis colts signed wideout T.Y. Hilton to a long-term extension a couple weeks ago and are now focusing on re-signing Anthony Castonzo, their left tackle who has started 56 straight games and is headed into the last year of his rookie contract. As Stephen Holder of the Indianapolis Star reports, though, the team hasn’t made much progress in reaching an agreement. 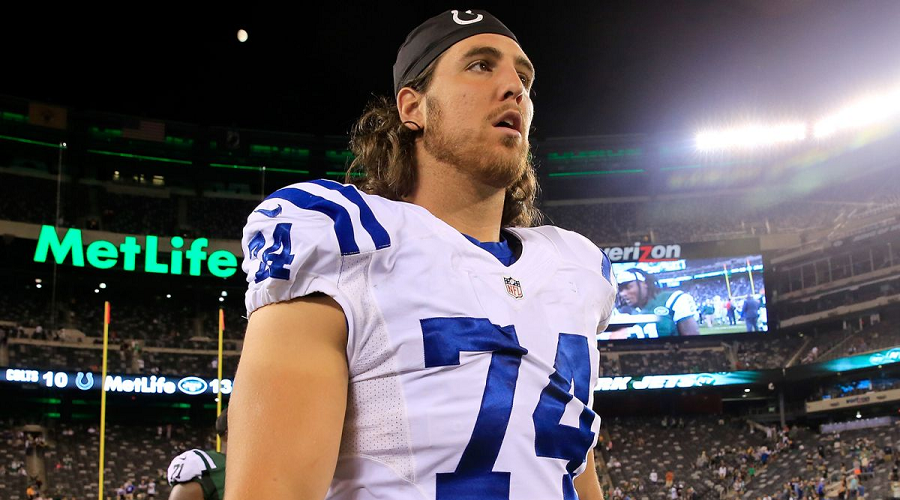 There are six tackles in the NFL who average over $10 million per year, and it looks like Castonzo wants that much in his contract. He is due $7.4 million in 2015, as the Colts nabbed the fifth-year option in his rookie contract, so this provides him with some additional leverage as free agency approaches. All signs point to the Colts keeping him for the long haul, but the price is likely to be higher than they originally wanted. 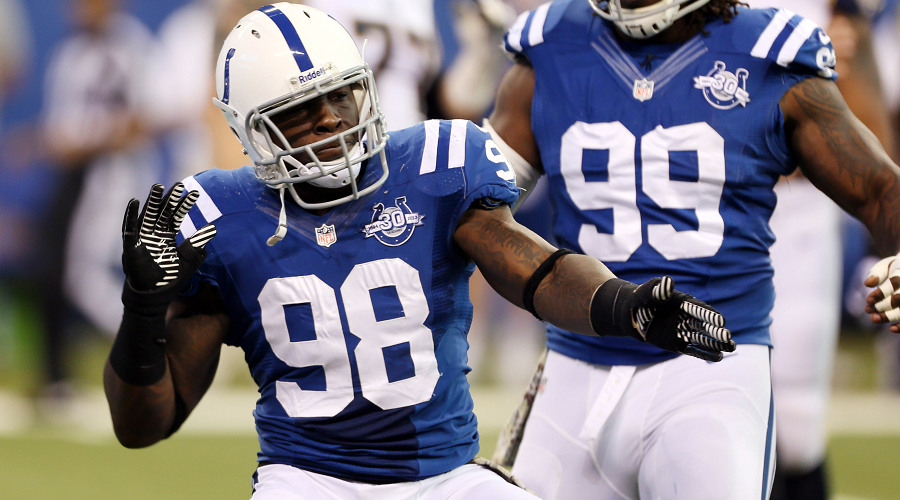 The Colts also activated linebacker Robert Mathis from the physically unable to perform list on Tuesday. This was a surprise as many had thought he would stay on that list for at least the first six weeks of the regular season. According to owner Jim Irsay, Mathis was going to miss action until perhaps early October, but now it looks like he might be ready even by Week 1. In 2013, Mathis (now 34) led the NFL with 19 1/2 sacks. However, Achilles injuries tend to alter careers for players who need quickness and speed like Mathis does. 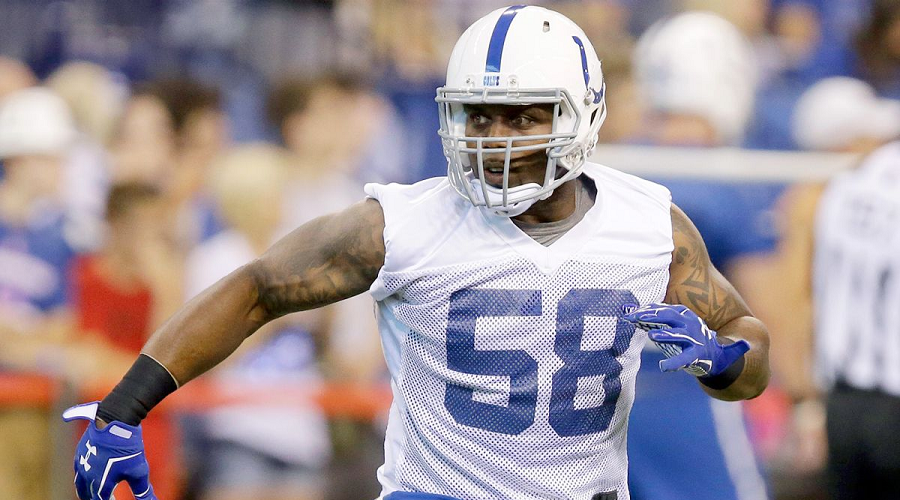 Now that the Colts have brought in Trent Cole and Jonathan Newsome, if they can get big contributions from Mathis, that will just be like icing on the cake. The Colts’ defense needs him to come back strong if they are to improve from a somewhat porous performance last season. 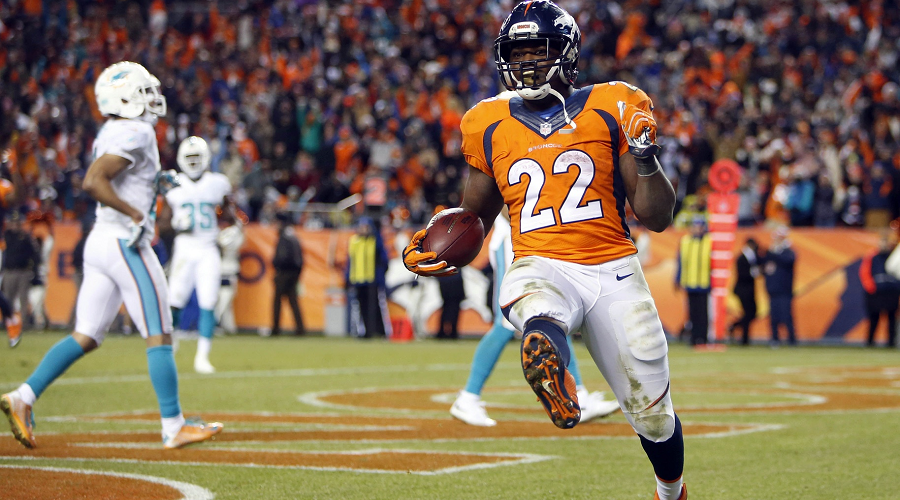 It looks like C.J. Anderson has won the starting job in Denver at running back, but Troy Renck with the Denver Post reports that Ronnie Hillman has moved past Montee Ball on the depth chart at that position. Hillman now has posted two strong performances in the preseason, and he may pick up some of Anderson’s carries to boot. Ball is now in danger of falling behind Juwan Thompson to #4 on the depth chart. If you’re looking at Anderson as a fantasy league back, you may want to consider that Hillman might be stealing some of his yardage this season. 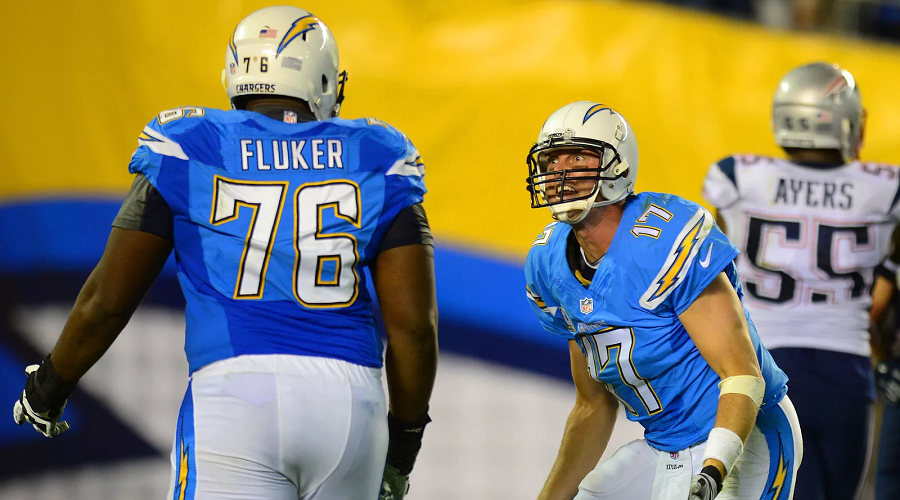 San Diego Chargers lineman D.J. Fluker continues to struggle a bit at adjusting to his new position at guard. Tom Krasovic of the San Diego Union-Tribune reports that Fluker is having difficulties with the quicker pace at guard and looks to be behind Johnnie Troutman, whom Fluker had replaced three weeks back. Fluker does have the physical tools that he needs to play well, but he will need to transition effectively if the Chargers’ retooled offensive line is going to make meaningful strides this year. Melvin Gordon at running back will provdie a burst for the Chargers’ offense if Fluker and the rest of the line can open holes for him.
Sources:
Indystar.com: http://www.indystar.com/story/sports/nfl/colts/2015/08/25/indianapolis-colts-robert-mathis-pup-list-return-injury-achilles-practice/32326689/
Denverpost.com: http://www.denverpost.com/kiszla/ci_28670275/kiszla-c-j-anderson-is-tough-enough-lead
Older post
Newer post