NFL News and Rumors
As with several other big-name players in the National Football League, Russell Wilson wants to get a new deal before sportsbetting for the 2015 season opens. It’s hard to make the claim that he isn’t deserving. After all, he’s led the Seahawks to two Super Bowls in three years – and won one of them, while being just a terrible play call away from winning another. He’s done all of this while making the salary that a third-round draft pick makes. It also sounds like Wilson is OK with walking away from the team is Seattle doesn’t extend him one of those deals that some of the more lucrative quarterbacks in the league are already getting.If you think that movement wouldn’t be a good thing for Wilson, think back to his college career. He played for three seasona at North Carolina State before moving to Wisconsin to complete his eligibility. In an unusual step, Wilson has taken out an insurance policy on himself just in case he doesn’t get an extension and then suffers an injury while playing for the Seahawks during the 2015 campaign. The extension he wants, according to reports, would be worth around $20 million per season over five years. Because Cam Newton and Ryan Tannehill – players with much fewer skins on the wall – have gotten big extensions, Wilson wants his as well, and he’ll get hit sooner than later, even if it means playing somewhere besides Seattle. 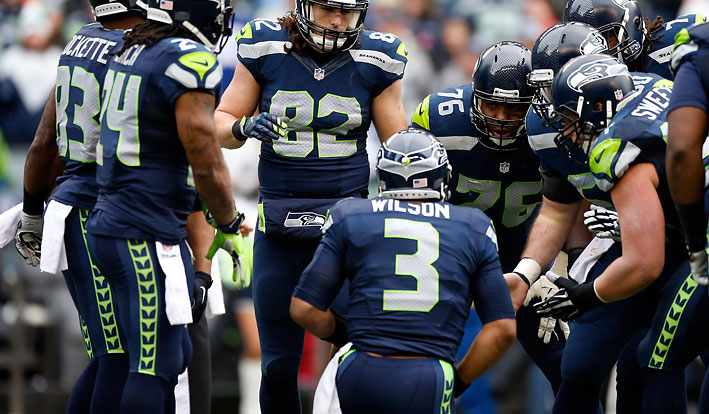 To be sure, the Seahawks have a ton of young talent around Wilson. The problem with having all of that talent in one place is that when those rookie contracts run out, it’s time to give several people lucrative extensions at the same time. While it’s difficult to imagine the Seahawks dealing Wilson or wanting to let him go through free agency, but it seems that the Seahawks also feel that their success comes more from a team effort, led by the running prowess of Marshawn Lynch and the team’s #1 defense in the league. If this means that the Seahawks value Wilson less, he could definitely end up somewhere else in 2016. 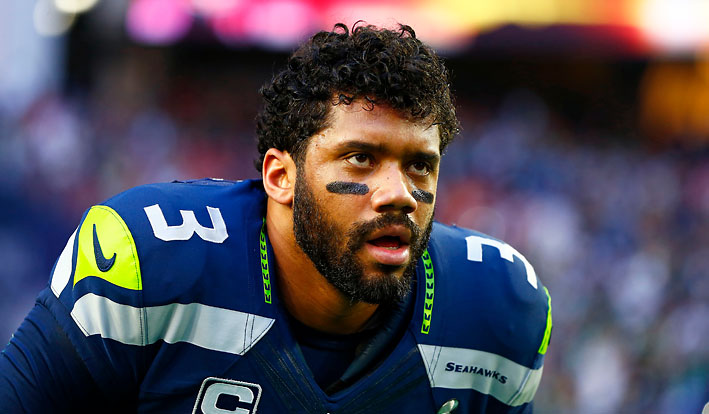 So what’s the best option for the Seahawks? While Wilson’s heroics did lead to the team’s comeback against the Green Bay Packers, it’s also difficult to argue that Wilson is up there in the top tiers of the NFL’s quarterbacks, up there with Brady and Rodgers, or even up there with Rivers, Brees and Romo. It’s true that the Seahawks have had very consistent success, the idea that the team has put this success together as a group is a strong one. Without the likes of Richard Sherman breaking up passes in the secondary and Marshawn Lynch rumbling through and over offenses, Wilson would likely not have appeared in those two Super Bowls. For those who think that quality quarterbacks are easy to find, though, consider what happened to the Cowboys this past season when Brandon Weeden had to fill in for Romo for a couple of games. The Cowboys almost fell out of playoff contention as they lost at home to Washington and then again to Arizona. Romo had to rush back from injury, which likely led to the Thanksgiving loss against Philadelphia as well. So you can see that the Seahawks are rolling the dice by not giving Wilson the security he wants. It may be that the team will continue to prosper – or that the team’s window will slam shut a year or two earlier than it would have because the team decided to save some money. It will be interesting to see which side is right.SourcesESPN.com (http://espn.go.com/nfl/player/stats/_/id/14876/ryan-tannehill)Rotoworld.com (http://www.rotoworld.com/player/nfl/4186/marshawn-lynch)
Older post
Newer post