NFL News and Rumors
The new-look Buffalo Bills will look to kick off the Rex Ryan era in style when they host Andrew Luck and the Super Bowl 50-hopeful Indianapolis Colts in an intriguing Week 1 pairing that looks like an entertaining affair just waiting to happen.Best of all, if you’re a MyBookie.ag NFL lines faithful fan, you’re going to have an outstanding chance to cash in thanks to this expert betting breakdown.With that said and kick-off time quickly approaching, let’s get started,

When: 1:00 PM ET, Sunday, September 13, 2015Where: Ralph Wilson Stadium, Orchard Park, New YorkNFL Odds: Indianapolis -2.5Over/Under: 47.5The Colts didn’t look like a Super Bowl contender in going 1-3 SU and ATS this preseason while the Buffalo Bills looked pretty damn good in posting a respectable 2-2 SU and ATS mark under first-year head coach Rex Ryan.Nevertheless, the Colts are favored to win this matchup outright after reaching the AFC title game a year ago, although 62.0 percent of online game simulations have the Bills covering the spread, if not winning outright.Buffalo will be led by first-time starter Tyrod Taylor at quarterback after the former backup to Joe Flacco in Baltimore won an intense preseason competition against teammates E.J. Manuel and veteran Matt Cassel.Projections for this matchup have Taylor completing just 19 of 34 passes for 213 yards while these same projections are predicting that Luck will complete 24 of 39 passes for 282 yards. 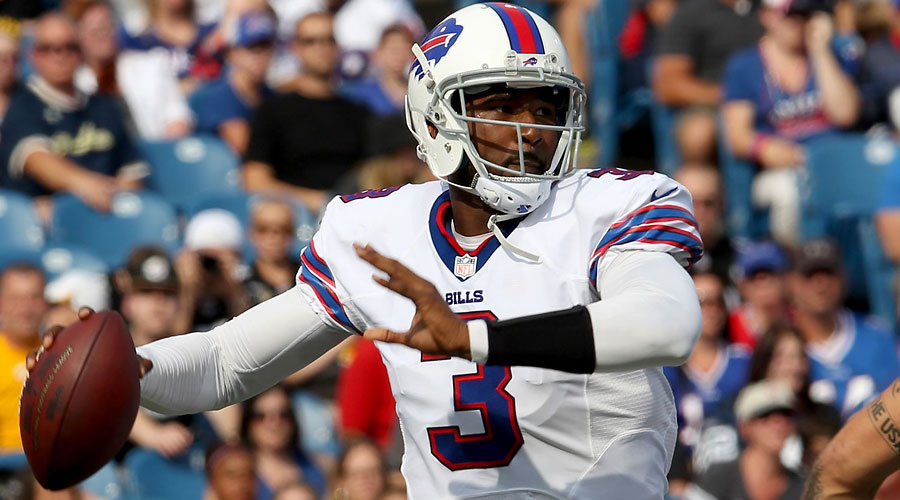 While I’m tempted to go with Luck and the Colts to win this game outright and narrowly cover the spread, I’ve got a funny feeling that Tyrod Taylor is going to open even more eyes than he did in the preseason and go with the simulations that say the Bills will win and cover.I know Luck has compiled an incendiary 34-19-1 ATS record as a starter (64.2 %), a figure that is second only to Russell Wilson over the past three seasons, but I liked really the way Taylor played this preseason and the was very impressed with the way Buffalo overpowered Pittsburgh in their Week 3 preseason matchup. Now, I’m backing the Bills to pull off the stunner in this one.Indianapolis has issues along both its lines after releasing veteran nose tackle Josh Chapman and backup defensive tackles Montori Hughes, and Kelcy Quarles, not to mention the revolving door they’ve used at guard and center this preseason.

I loved the way Tyrod Taylor played this preseason and I believe he could very well turn into a Russell Wilson-like signal-caller for the Bills in 2015 if he continues. I like Taylor to beat the ‘superior’ Colts in this one by using his legs to extend plays and pick up much-needed rushing yards. 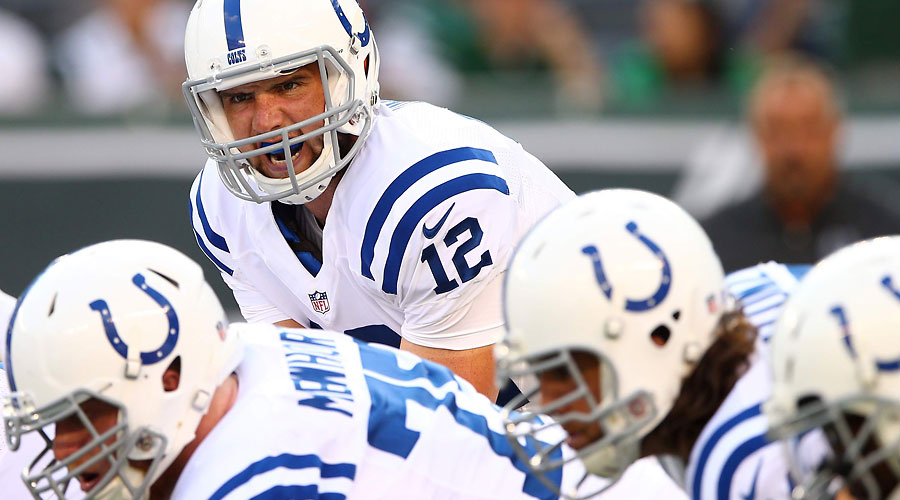 Believe it or not, the Colts are 1-6 ATS in their last seven regular season openers while Buffalo has gone 8-2 ATS in their last 10 openers and 5-1 ATS over their last six games of the 2014 season.Buffalo will have an elite defense this coming season and an offense that I believe will be a lot better than anyone ever expected.The home team in this AFC rivalry is 7-3-1 ATS in their last 11 meetings, giving some credence to my belief the Bills will cover the spread by getting the outright win.