NFL News and Rumors
So, the vaunted return of Sam Bradford took place on Friday when the Philadelphia Eagles took on the Baltimore Ravens in their second preseason tilt. Officially, he went 3 for 5 and threw for 35 yards. The drive that he led ended up in a touchdown run of 14 yards by Ryan Mathews.While it was good for Eagles fans to see Bradford move the team, just seeing him on the field must have been a real shot in the arm. It’s been just about a year since he hurt his knee and missed the entire 2014 football betting season. While debuting with the Eagles, Bradford absorbed a couple of hard hits, including a low one from the Ravens’ Terrell Suggs that ended up in a 15-yard personal foul.

It was told that Eagles coach Chip Kelly only allowed Bradford a single possession. The message was clear: the goal was to give Bradford a chance to knock off the dust that had gathered over the past season, and to take just a little bit of contact and let his body manage itself. Of course, seeing Suggs knock Bradford down by the knees or seeing Brandon Williams level Bradford just after Bradford had sent a ball down the field couldn’t have been cheerful for Kelly & Co., but Bradford made it through injury-free, which was the most important thing.Of course, Bradford wasn’t the only shiny new member of the first-team offense on display. DeMarco Murray carried the ball four times for 13 yards while Bradford was under center, and then Mathews scored the touchdown. Murray would score later on a two-yard scamper when Mark Sanchez was running the team’s offense.To be honest, while Bradford’s appearance was encouraging, the future of the Eagles’ running attack is more important than anything Bradford will do at this point. Chip Kelly basically changed out LeSean McCoy for DeMarco Murray and then added Ryan Mathews just for grins. If you remember that the Eagles also have dangerous backfield receiver Darren Sproles, the Eagles may have the most versatile running attack in the league. 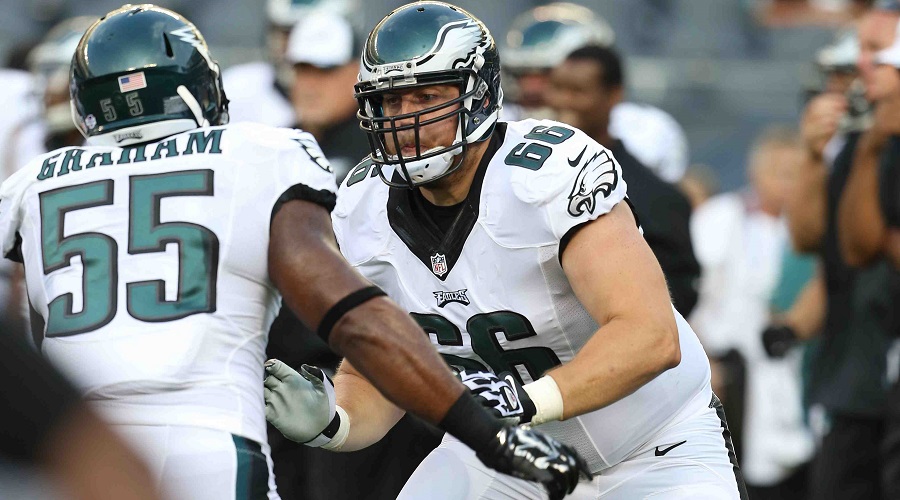 It was the running game’s place in Kelly’s offense that helped the Eagles do reasonably well the past two seasons despite iffy performances from the main quarterbacks, Nick Foles and Mark Sanchez. Despite the fact that Foles missed most of the season with a broken collarbone, the Eagles still won 10 games. What this means is that the offense can function with just about any quarterback, but with the right quarterback it can be truly explosive. The true question is whether Bradford will make it through an entire season for the first time since the 2012 campaign. If he can, then the Eagles could come out as NFC East champions. If not, the Eagles will have some blend of Mark Sanchez, Matt Barkley and maybe even Tim Tebow calling signals. It is telling that Bradford has not yet received a contract extension yet – a sign that Kelly is waiting to see what happens. This could be a decision that ends up bringing Bradford millions if he does well – or costing him millions if he tumbles to the ground, injured once again. For now, though, the Eagles are happy with these first few steps.Sources:Wikipedia.org (https://en.wikipedia.org/wiki/DeMarco_Murray)NFL.com (http://www.nfl.com/player/marksanchez/79858/profile)
Older post
Newer post