NFL News and Rumors
The Seattle Seahawks are set to open their training camp on July 31st at the team’s Virginia Mason Athletic Center facility in Washington and, expectedly, football aficionados are waiting for the trainings with bated breath, hoping it will shed some light on what can be expected from the Seahawks in the 2015 NFL odds. Unfortunately, the heavy guarding of those trainings and diluted nature of reports from such team meetings means that you won’t be able to get sufficient info to work with. Looking for a quick fix on what to expect from Seattle in the upcoming season? If so, we’ve got your back—check out the speculative Seattle season preview specially prepared for you below:

Preliminarily, it is worth noting that there is a lot of value we can find during team trainings, especially in regards to reports about players that are fit or injured, team formations, possible starters in the regular season and prospected breakout stars. However, much of what gets to happen when the season starts is often greatly dependent on past team statistics, particularly those from the recent seasons. Bearing that in mind, what does Seattle’s recent statistics tell us about their 2015 NFL season? 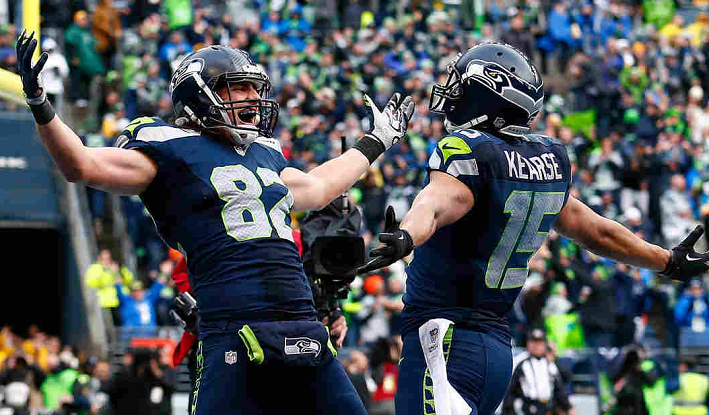 Well, for starters, the 2015 season is probably going to be just as difficult as the 2014 season. Last season, the Seahawks had the 6th-toughest schedule in the league (facing opponents with a winning percentage of 0.561) and the Oddsmakers chalked their total line at 10.5 wins. Despite that challenging schedule, the Seahawks stayed true to their winning ways, posting an impressive 12-4 season to claim the NFC West title and a top-seeded status in the NFC Conference postseason games. More notably, they rewarded bettors on the OVER total because the 12 wins exceeded the 10.5 chalked line, while they also went on to win the NFC Championship game and were close to collecting the Super Bowl XLIX trophy (but failed because of that poorly executed last play from Russell Wilson).In 2015, the Seattle Seahawks are going against the 4th-toughest NFL schedule, though with a slightly lower winning percentage of 0.559 compared to the 0.561 percentage from last year. Probably, that’s the reason Oddsmakers have their season win totals set to 11 wins, half-a-game higher than the 10.5 mark in 2014. 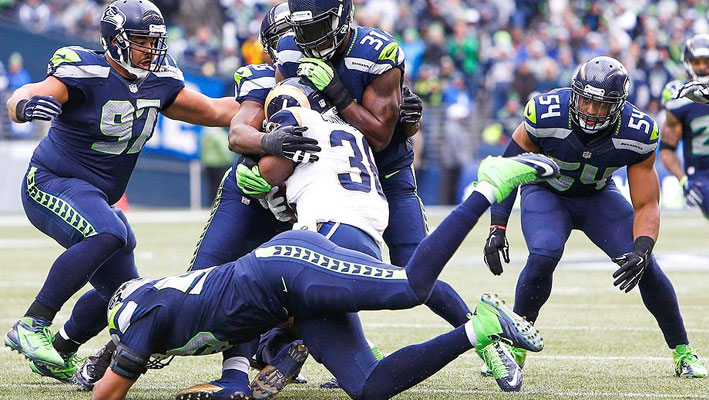 Assuming the Seahawks play in the same way they’ve been doing over the recent seasons, tallying another OVER season should be within the realms of possibility. This is majorly based on the fact that Seattle has averaged 12 wins its last three seasons.In addition, the Seahawks have maintained the core of the team and made a few valuable offseason additions like Jimmy Graham, hence their level of competitiveness should still be up there in the division and conference.But on the flipside, the NFC West has undergone considerable changes, with the Cardinals, 49ers and Rams retooling their armories. With the overhauls made in the division, particularly in the case of the surging Arizona Cardinals (who were surprisingly 11-5 in 2014 despite being decimated with major injuries), the division could be in a major flux in 2015, making life difficult for the Seahawks.Not to forget, there are no guarantees that the Seahawks will be wading safely through their minefield 2015 schedule. For all we know, the questionable Seattle offense (led by the unhappy Russell Wilson whose contract talks with the team aren’t going as he wants) could choke when faced with adversity in the new season.

Although many betting pundits have been showering the Seahawks with tons of praise for their recent exploits in the NFC West and the NFC Conference at large, our plucky predictions put the Hawks below the 12-win mark they’ve been averaging over the last 3 seasons. The prospected surge by the St. Louis Rams and the danger posed by Arizona (heralded by the return of Carson Palmer who was 6-0 in 2014 before suffering a season-ending injury), combined with the tough Seattle schedule, is likely to cut down on Seattle’s wins to around 10 or 11 (at best). So, rather than going with an OVER season win total at -135 odds, we are recommending an UNDER at +105 odds. In summary, here is a summary of our recommended picks for Seattle in 2015:• Seattle Predicted Final Record in 2015: 10-6• Seattle Season Total Win Pick: UNDER 11 (+105, MyBookie.ag)• *Pick on Odds to Win the 2015 NFC West Title: Seattle (-350, MyBookie.ag)Duly note that, as per the above picks, the 10-6 mark could be good enough to earn Seattle the NFC West title. But if everything goes as per our projections, then the divisional title is likely to go to Arizona, with the Seahawks missing the mark to reach the playoffs. It is a risky prediction that may come back to bite us hard at the end of the season, but we will stand by it (for now). If you are however convinced about Seattle’s chances of going to the playoffs, then kindly note that the Seahawks are placed at +200 odds to win the NFC conference title and +400 odds to win Super Bowl 50.Sources:NFL.com: http://www.nfl.com/teams/profile?team=SEAESPN.com: http://espn.go.com/nfl/player/_/id/14881/russell-wilson
Older post
Newer post