NFL News and Rumors
With their first preseason game in the books, NFL betting enthusiasts everywhere will get a helpful hand in their quest to cash in consistently, thanks to my expert analysis on three things I learned about the Seattle Seahawks following their narrow 22-20 Week 1 preseason loss against the Denver Broncos.

Even Richard Sherman is taking Tom Brady’s side in Deflategate. Well, sort of: http://t.co/58XUOCJHll pic.twitter.com/BaBYuI9HiQ

With Week 2 of the scrimmage season quickly approaching, let’s get started.

If their preseason opener was any indication, then Russell Wilson could be running for his life a lot this season. Seattle traded pro bowl center Max Unger for gifted tight end Jimmy Graham and I lauded the trade as a stroke of genius for a Seahawks team in need of a bit more weapons for Wilson.Well, after watching Wilson fumble after getting taken down by hard Von Miller on Seattle’s first drive and  suffer a costly seven-yard sack on his second drive, I’ve got to say I’ve got concerns about Seattle’s offensive line and its ability to protect its franchise signal-caller.

Last but not least…after seeing fleet-footed rookie Tyler Lockett take one back to the house against the Broncos early in the second quarter. Seattle nabbed the lightning-fast wideout in the third round out of Kansas State to help improve their return units and potentially return the depth that was lost when former quality receiver Golden Tate left for a bigger pay check in Detroit.Not only did Lockett impress, the basically stole the show, while almost certainly earning more playing time at wide receiver. Not only did Lockett torch the Broncos for a 103-yard score in the second quarter, but he almost took another score to the house while finishing with a whopping 186 kickoff return yards on four attempts.Lockett has blazing 4.4 speed and finished his senior season at K-State with an eye-opening 1,515 receiving yards to rank third in the nation. How this young stud lasted until the third round of the 2015 NFL Draft is beyond me, but the Seahawks clearly have unearthed a real gem in Lockett.

A Great NFL Betting Pick or a Future Disappointment? 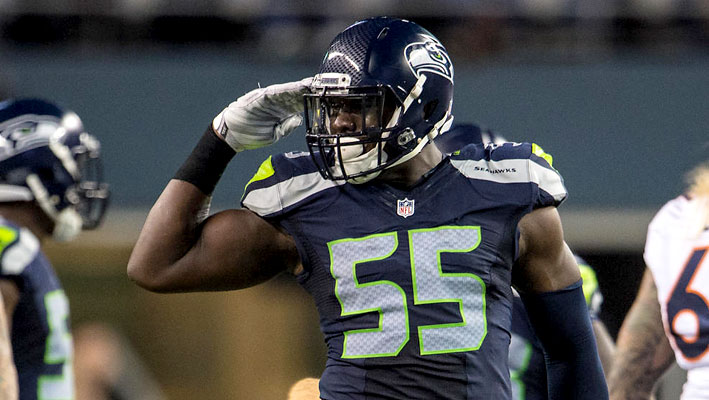 I just couldn’t leave out the performance of Seahawks rookie defensive end Frank Clark. Every time I looked up, I see Clark making play after play and I’m wondering why the clearly determined former Michigan star didn’t go in the first round. Clark finished with a game-high nine tackles, one hit on the quarterback and one forced fumble while playing all along the defensive line.
Older post
Newer post