NFL News and Rumors
If you surveyed the NFL betting fans who watched Super Bowl XLIX, 99.99999% of them would probably tell you that the Seattle Seahawks would have ended up winning the game if they had just given Marshawn Lynch the ball on that crucial play at the goal line. After all, Lynch had been rumbling all through the Patriots’ line, and there was no sign that the Pats were ready to mount a final defensive stand.Why not 100%? Because offensive coordinator Darrell Bevell was watching that game too, and he said that even if he could get into a time machine and go back and call the play again, he would do the same thing that he did before. In a recent interview with Peter King of SI.com’s Monday Morning Quarterback, Bevell said that he still does not regret calling that play on second and goal. He does credit Pats corner Malcolm Butler for making a play for the ages. Butler broke at just the right time and did not hesitate and worked his way through a receiver that wasn’t as motivated to make the catch as Butler was.

His last @Seahawks playcall? A nightmare. But their OC would draw it up all over again: http://t.co/QjDyXcMCuq pic.twitter.com/wIbeOsPF49

The decision to pass wasn’t as controversial as many people would think. After all, an incompletion would have stopped the clock, giving the Seahawks more time. If Lynch had been stuffed short of the goal line, the Seahawks would have had to hustle to get another play off. However, a slant over the middle of the field is riskier than a corner route where the quarterback puts the ball where only the receiver can catch it. How about a fade route?Of course, if you look at the pictures of the players lining up, the receiver had the inside position. Russell Wilson threw a solid pass. If the receiver had put himself into a stronger position to make the catch and fended off Malcolm Butler, then the receiver would likely have caught the ball, or at least made it an incompletion. Even so, it’s hard to place blame on the player in that situation. Butler made a tremendous read, and he ended up with the ball. That is a play that will define Butler’s career forever. 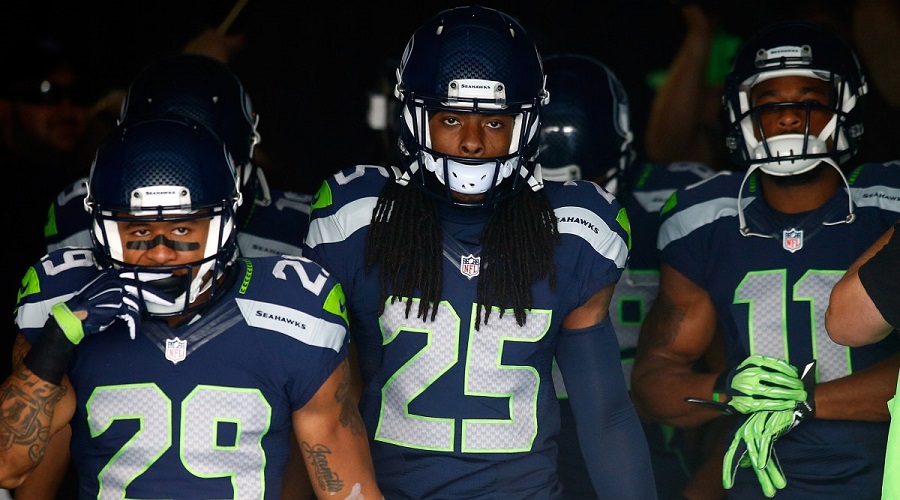 Even so, it’s difficult to believe that Bevell means what he says. In Super Bowl, if the Seahawks have the ball down at the goal line with time ticking down, it’s insane to think that the Seahawks would throw that slant again. It’s easier to imagine head coach Pete Carroll pulling the plug out of his headset so that he can’t hear what Bevell is saying, if Carroll thinks that Bevell is sincere, and then sending in a running play of his own. After all, it’s just about impossible to stop Marshawn Lynch.Getting back to Super Bowl 50, of course, is a death march all to itself. The Seahawks were lucky to get past Green Bay in the NFC Championship in the first place – and the Packers were lucky to get by Dallas in the divisional round – and the Cowboys were lucky to get by Detroit in the wild card round. The NFL playoffs are a real merry-go-round of chance, and it’s hard to say that the Seahawks will have an easy time qualifying for their third straight Super Bowl. So maybe Bevell should think again.Sources:Wikipedia.org (https://en.wikipedia.org/wiki/Darrell_Bevell)NFL.com (http://www.nfl.com/player/russellwilson/2532975/profile)
Older post
Newer post