NFL News and Rumors
When the San Francisco 49ers and former head coach Jim Harbaugh parted ways, and the team then replaced him with defensive line coach Jim Tomsula, several players, including Anthony Davis, retired earlier than many football betting fans would have expected them to. Now that Davis is talking about coming back to the NFL in 2016 – in effect, taking a “bye year” before returning to play – is that really such a bad idea for players to consider?First, let’s consider the risks. Davis is walking away from the game for a year, right when he’s at his prime. Because he is retiring, he has no guarantee of a contract when he wants to come back – and there is also the risk that he won’t have the desire to play any more when his “bye year” comes to an end. On the positive side, though, it gives Davis a year to let his body and mind heal from what is a game to the fans but what is a grueling process for the players. If it weren’t, then you wouldn’t see careers end after an average of only 2.7 seasons. Could this be a tool that players use to increase their longevity? Given the short-term rewards of coming back each year (and making more money), it’s unlikely that too many players will follow Davis’ lead, but it is definitely worth considering.

One trend that is good to see is timely retirements by players such as Steve Smith Sr. He just announced that he will be retiring at the end of this season, at the age of 36. He is still a terrific player for the Ravens, and at a recent training camp practice, he laid out while running a post route to snag a ball one-handed. When training camp opened on a particularly hot day, he was setting the tone for practice even though he is the oldest player on the roster. His decision to retire is all about meaning and pride. Too many other players keep playing until other circumstances tell them that it’s time for them to walk away. He has picked a time to retire, and he is stopping before the game turns him into a relic of what he used to be. 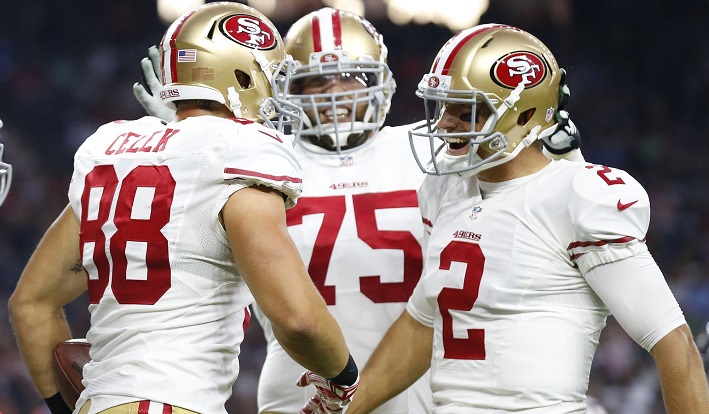 One more observation from the Davis retirement also has to do with the decisions of his teammates Patrick Willis, Chris Borland and Justin Smith to retire at about the same time. Each of them talked about individual circumstances leading them to retire, and it may have been the dysfunction in the 49ers organization. However, it makes more sense that the players would have waited to see what Tomsula would be like as a head coach before hitting the road and tearing up their contractual rights. Borland and Davis, in particular, are in their primes as far as physical performance and earning power. They are leaving prorated bonuses on the table. Borland did a lot of research into trauma after a training camp injury, and that has motivated him to walk away. Davis wants his year off to heal. Is the NFL facing a crisis in terms of young players losing confidence in their safety in the league? If so, a “bye year” may become the least of the league’s problems.Sources:ESPN .go.com (http://espn.go.com/nfl/player/_/id/2622/steve-smith-sr)Pro-Football-Reference.com (http://www.pro-football-reference.com/players/W/WillPa98.htm)
Older post
Newer post