NFL News and Rumors
One of the more interesting notes in a recent announcement by the National Football League about officiating was that crew assignments “may change during the season because of injury, schedule conflicts, performance issues, etc.” Because of the bye-week schedule in the NFL betting season, not every official works week in and week out. The labor agreement currently in place with the NFL Referees Association (NFLRA) guarantees that officials are paid for 15 weeks of the season. Injuries also take place among referees, even if they are seldom reported.So it’s common for officials to miss games because if injuries or schedule conflicts. However, the wording of this most recent announcement suggests that something new could cause crews to adjust: the league moving officials in and out of lineups on the basis of how they are doing on the field. The league has the numbers to do it, since it’s started keeping swing officials on the payroll to work games when they are needed. The justification for performance-based moves is that it gives officials the same sort of motivation to perform well that coaches and players have. ESPN’s Kevin Seifert asked league personnel what “performance” refers to here, and the short answer that he got off the record was that “performance” meant more a physical ability to handle the position rather than making calls correctly. While an extreme situation might rule an official out, at least for a game or two, all referees are human, which means that judgment call errors are going to be inevitable – this is why the replay system exists. However, incorrect application or enforcement of rules could start a review in the middle of a season. 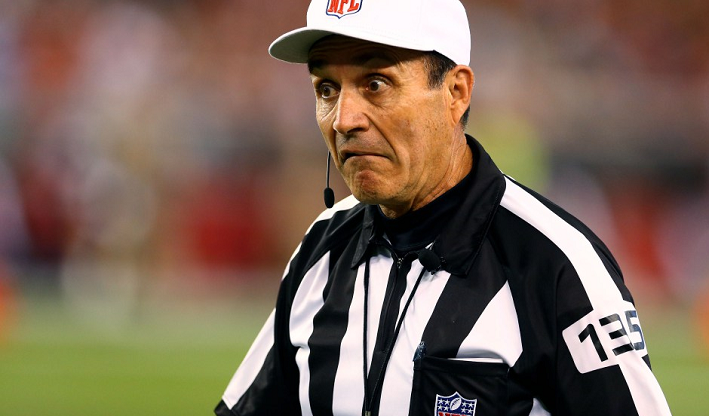 So when would the league use these swing officials? When someone gets injured and needs a replacement. In situations such as a Thursday game followed by a Sunday game for a crew, the officiating department has had to double up with healthy officials. During the physical assessment that all 2015 officials had to pass, one official tore his Achilles tendon, making the NFL bring in a replacement. Of course, this practice could also be a more subtle way to get the best performance out of the whole crew of officials. Players get cut or demoted every week, and coaches get fired during the season too. 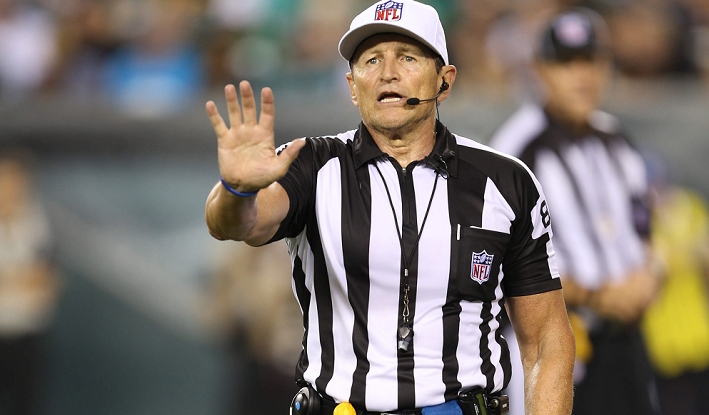 Both of these happen in some situations where the player made a very minor error or when the coach didn’t even have enough talent on the field to qualify for an NCAA bowl game, let alone the NFL playoffs. The offseason evaluation for officials has already become more rigorous, which is why about one in five NFL officials has been replaced over the past two seasons. So would it be worthwhile considering benching subpar officials during the season when you have replacements ready to go? 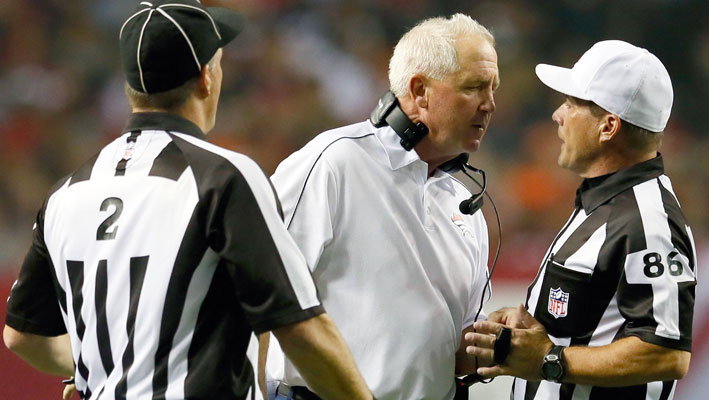 One disadvantage would be a drop in crew continuity – a group of officials knowing the tendencies of their partners, which helps in running a smooth game. Also, the grading system that the NFL uses is not designed to provide weekly snapshots. Instead, it aggregates data over the course of the season. Even so, if certain officials pop up into the news several times during the 2015 season for poor calls, it will be interesting to see if they get a bit of a “vacation” late in the season. Poor officiating is one of the biggest PR gaffes for this league, and eliminating that could be a powerful incentive for moving an iffy official off the field for a week or two to review his practices.Sources:ESPN.com:http://search.espn.go.com/kevin-seifert/NFL.com: http://www.nfl.com/playoffs/playoff-picture
Older post
Newer post