The Jacksonville Jaguars (3-13 SU, 6-9-1 ATS, 8-8 O/U) may have gotten it right by selecting former Central Florida quarterback Blake Bortles with the third overall pick in last year’s NFL Draft, but the floundering franchise has so many needs that they could be mired in mediocrity for years to come if they don’t start making consistent progress soon.Bortles and the Jags will look to avoid the proverbial ‘one step forward, two steps backwards’ syndrome when they take to the gridiron for the 2015 regular season.Thanks to this expert breakdown on the Jags’ Super Bowl Odds, you’ll get the scoop on just what to expect out of the rebuilding Jags over the course of the 2015 NFL regular season.. 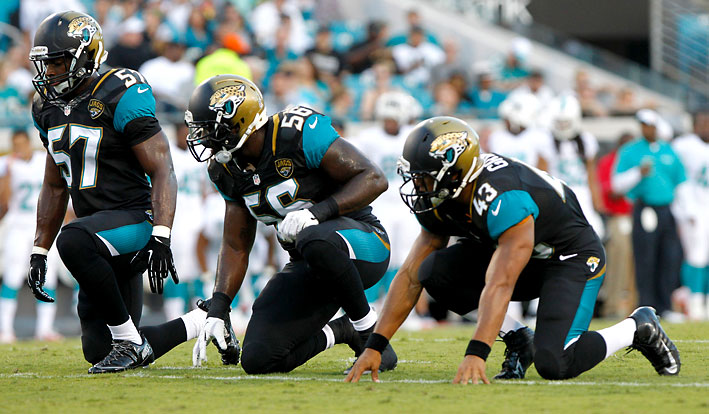 The only good thing to happen to the Jaguars last season was the drafting of poised quarterback Blake Bortles with the No. 3 overall pick. While the cerebral signal-caller struggled a bit more than expected, all in all, I think Bortles showed that he is going to be the main cornerstone player of Jacksonville’s latest rebuilding plan.While Bortles completed just 58.9 percent of his passes while throwing just 11 touchdown passes and 17 interceptions, I think the young gun did very well considering that he doesn’t have a whole lot of talent surrounding him. Now, the organization needs to surround him with some competent skill position players so he doesn’t end up like former first round pick Blaine Gabbert. 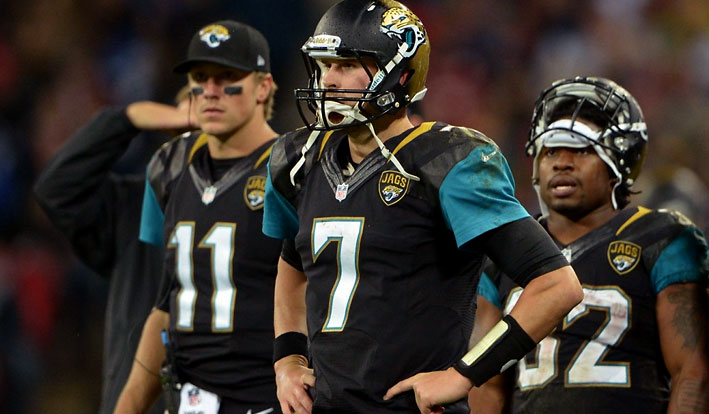 Oh…and before I forget, there was one other ‘good’ thing that happened for Jacksonville last season and that was the solid season from former Michigan quarterback-turned running back Denard Robinson. Despite the fact that Robinson didn’t make a single start for the Jags, he still managed to lead the team in rushing with 582 yards and a solid 4.3 yards-per-carry average while topping the 100-yard plateau twice. Unfortunately, the Jaguars only gave Robinson more than 20 carries just once in 2014.

There was a lot of ‘bad’ for the Jaguars last season so let’s start with the team’s awful offense. Jacksonville ranked an ironically pitiful 31st in total offense, passing and rushing and dead last in scoring (15.6 ppg) to prompt the dismissal of now former offensive coordinator Jedd Fisch.Now, Jacksonville will turn to former Oakland Raiders offensive coordinator Greg Olson to help Bortles’ development much like he did Derek Carr last season.Jacksonville also brought in former Bills head coach Doug Marrone and respected offensive coordinator Nathaniel Hackett to work with the offensive line and quarterbacks, respectively.Unfortunately, none of the offensive minds the Jaguars have hired can help the team’s pitiful defense. Jacksonville ranked in thee bottom third in every meaningful defensive statistical category including total defense, (26th), and points allowed (25.8, 26th). 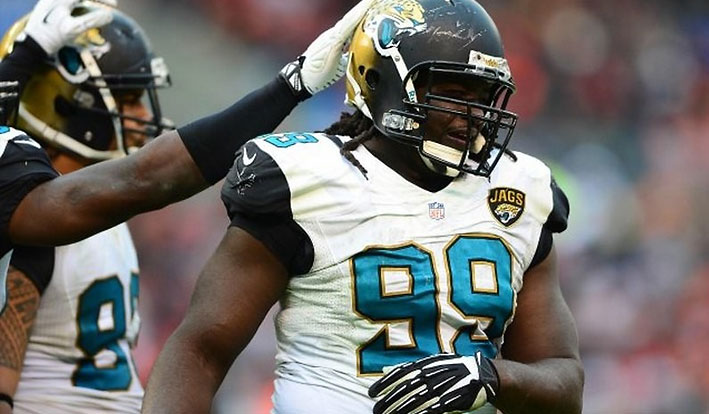 The Jags have not won more than five games since going 8-8 in 2010 and failed to score more than 17 points in dropping each of their first five games last season. The Jags also saw talented but troubled wide receiver Justin Blackmon miss the entire season due to his ongoing issues with the league’s substance abuse policy.

Now, let’s take a look at Jacksonville’s offensive statistics from this past season.

Here is a look at Jacksonville’s team defensive statistics. 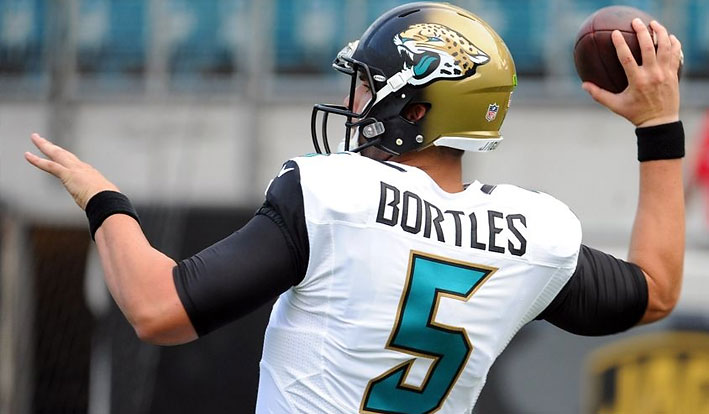 Maybe it’s me, but I’m trying to figure out why Gus Bradley still has a job. I mean, I haven’t seen a single thing from Bradley that leads me to believe the former Seattle Seahawks defensive coordinator is capable of competently leading this team – or any NFL team for that matter.I am going on record right now to say that every day that passes with Bradley as the head coach of this floundering franchise is another day that Jacksonville has to wait to get back to being respectable. If the Jags get off to another horrible start in 2015, I think Bradley could get the quick hook in favor of Marrone first and foremost or possibly Greg Olson. 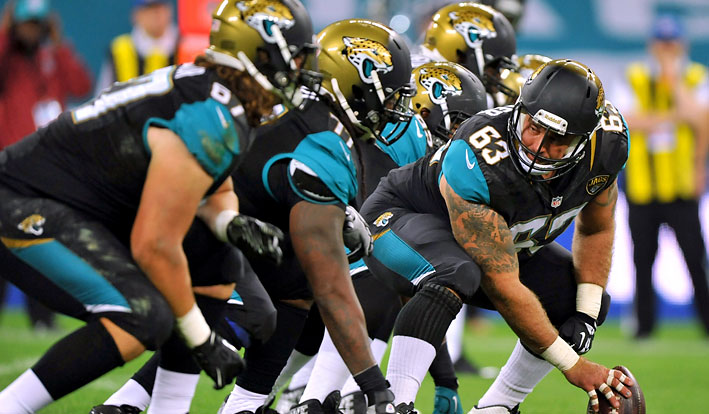 Left tackle Luke Joeckel is undoubtedly a ‘keeper’ even if he hasn’t performed like the Pro Bowl talent he was expected to become right off the bat. Guards Zane Beadles and Brandon Linder also look like they could be safe to return as starters. Still, the Jaguars need offensive line help in the worst way if they don’t want to derail Bortles’ career before it really gets underway in earnest.

Oooh…I can see the fear in opposing defensive backs’ eyes when they line up opposite of starting wide receivers Cecil Shorts and Allen Hurns. Seriously though, the Jaguars need receivers in the worst way, though I suspect they could address this issue in free agency and the mid to later rounds of the draft. 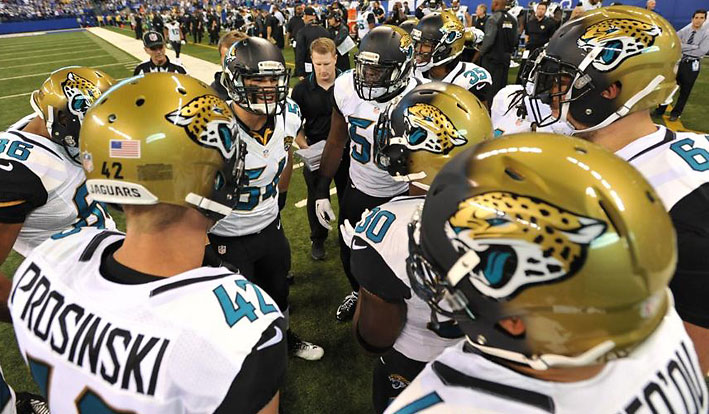 I’m not joking when I say that Jacksonville could stand to replace all four of their starting defensive backs from last season. It’s that simple. 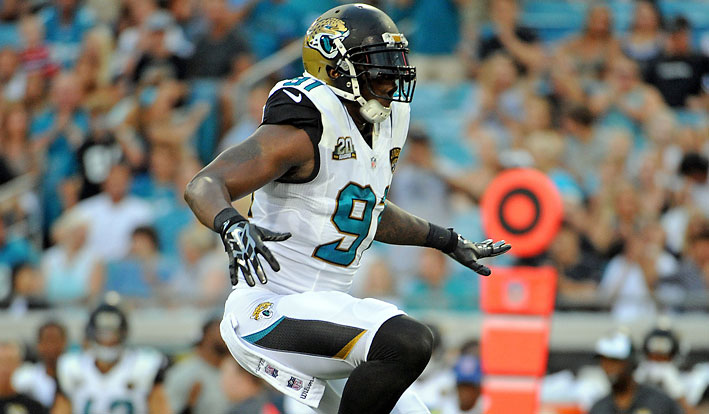 Jacksonville has the No.3 pick in the draft and really needs to address their offensive line in an attempt to keep Bortles upright and uninjured. Still, the Jags almost assuredly can’t afford to pass up on freakish defensive lineman Leonard Williams, the top-rated player in this year’s draft.

Thankfully, Jacksonville has the eighth easiest schedule in the league in 2015, but I’m not too sure this team can reach a half-dozen wins no matter who they’re playing. I’m going to be generous and say that Jacksonville does get six wins in 2015 – even if four of them come after Gus Bradley gets the boot. 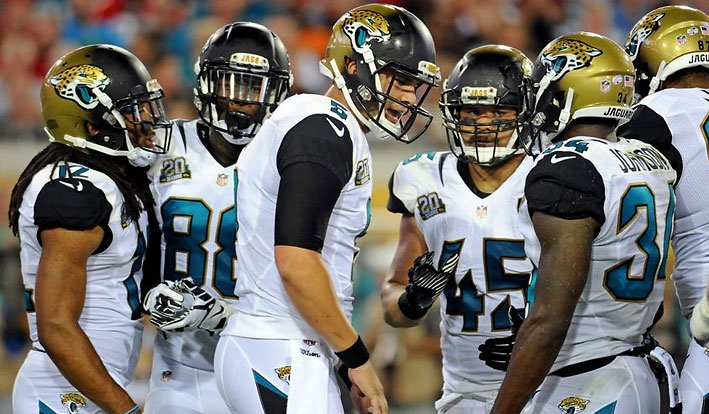 Either way, Jacksonville is in for a tough way to go with Indianapolis and an improved Houston Texans team residing in their division, not to mention a Tennessee team that should also be a bit better in 2015 than they were this past season. I like Jacksonville to win six games at the very most while recording at least eight ATS victories.
Older post
Newer post