NFL News and Rumors
Thanks to a busy offseason, the Jaguars are a much-improved unit, far from the dilapidated Jacksonville team we saw in the 2014-15 season. Coach Gus Bradley and his players reportedly said this week that they have been seeing significant signs of improvements in QB Blake Bortles and a strong sophomore season is expected from the second-year quarterback, and added to Jacksonville’s soft schedule in 2015 (25th in strength-of-schedule rankings), the future should be looking brighter for the Jaguars. So why then do our NFL betting experts feel that coach Bradley’s team still needs more time in order to hit the pinnacles of success in the 2015 NFL Season? Find out as we give a succinct analysis of Jacksonville and its 2015 season in the section below.

Hit or Miss From the Free Agency and NFL Draft?

Through the 2015 free agency market, the Jaguars brought in eight players, including defensive end Jared Odrick, safety Sergio Brown, linebacker Dan Skuta, cornerback Davon House, offensive tackle Jermey Parnell, and WR Brian Walters. Considering the shakiness of Jacksonville’s defense in 2014, the defensive-oriented nature of most of the signings could be important in revolutionizing the Jags in 2015.

During the draft, the Jags once again scored highly with the experts, as they snatched the likes of Dante Fowler Jr., T.J. Yeldon, A.J. Cann and Rashad Greene, who fill crucial needs on both ends of the field and are likely to be involved in the team right from the beginning of the season. Generally speaking, the newly acquired free agents and draftees are likely to be positively impactful for the team in 2015.

The Age Factor…and its Repercussions

Despite making good additions to the team, the Jaguars are a very young team. Often, a balance of veterans and young players is required for any team to be successful. Unfortunately, the Jags have an overly young squad, with very few veterans available to balance up things in the team. For example, in their offense, the Jags are led by Blake Bortles (a second year), the top 4 receivers in the team are second years and Greene (a potential 2015 starter) is a rookie, while Yeldon and Cann (who are both rookies) are also likely to start for the team in 2015 alongside multiple second and third year players in Jacksonville’s starting offense line-up.

Essentially, it is because of their extremely young squad that the Jaguars were ranked as the youngest offensive team in the league, according to an extensive research of projected offensive starters in 2015 that was done by Jimmy Kempski of Philly Voice. Such an excessively young squad could limit the Jags’ efficiency, especially when it comes to playing well-balanced teams.

As was mentioned earlier, the Jags have a friendly schedule in 2015, facing opponents with a combined win-loss record of 118-137-1 (.463) from last year. Comparably, their schedule is in fact softer than the 2013 and 2014 slates, which should bode well with their rebuilding agenda and a chance to challenge the .500 mark. But even with their 25th-ranked strength of schedule in 2015, the Jags still have to deal with a couple of landmine-filled games, including a clash against the defending Super Bowl Champs, New England, and three tests against 2014 playoff teams (Indianapolis, Baltimore and Carolina). In addition, the Jaguars (who were shamefully 0-8 on the road in 2014) have a number of grueling road tests at the start of the season, as well as at the end of the season. For instance, the team will play 3 of its first five games on the road, and it will be closing the season by traveling to New Orleans and Houston in Week 16 and 17. 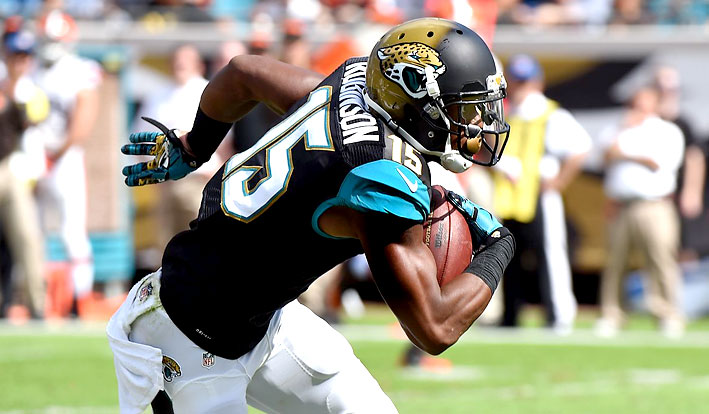 As evidenced by the analysis given above, the Jaguars are a duly improved unit and they have a good number of pieces on both sides of the ball to improve in 2015. Still, it is not going to be an easy season for the Jaguars, unless they are able to shed off their tame, meek and submissive nature against tough opponents, replacing that with an all-out fighting mindset that is ready to challenge both low-tier and high-caliber opponents.   Sources ESPN.com (http://espn.go.com/nfl/player/_/id/16724/blake-bortles) Rotoworld.com (http://www.rotoworld.com/player/nfl/5844/jared-odrick)
Older post
Newer post