NFL News and Rumors
There is nothing worse for a football betting fan than having to admit that “there’s always next year” before the season comes to an end. The good news for those fans is that the modern game allows teams to be able to bounce back pretty quickly, especially if they can do well in the draft and the fee agent market. Let’s take a look at a few teams that really need to have a good 2015 after having a less than memorable 2014.There may have been no team nor disappointing than the Atlanta Falcons of 2014. Despite having one of the most potent offenses in the league, they somehow managed to go just 6-10 in a division that did not see any of the teams finish above .500. Mike Smith was removed from the head coach position and replaced by Dan Quinn, a defensive minded coach who helped create one of the best defenses in recent memory in Seattle. If he can get that Falcons defense working right, this team could be very dangerous.

30 Questions in 30 Days: Who will start at Defensive Tackle? READ: http://t.co/Gmip6zqrej pic.twitter.com/JzW84HB6SP

The New York Giants have had a pair of Super Bowl wins in the past 10 years, but they were a team prone to altogether too many errors last season. There was talk that QB Eli Manning and coach Tom Coughlin might be on the outs, but both men will be back looking to make amends. This is a team that will be stacked on offense those coming season, and who also possess some of the best QB rushers in the business. The Dallas Cowboys look like they might take a step back this season, and no-one really knows what to expect from the Philadelphia Eagles, which means the NFC East door may just open up for the Giants. 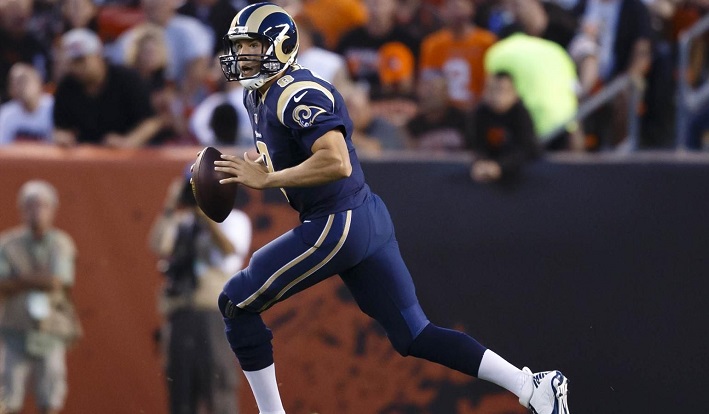 The St. Louis Rams play in one of the toughest divisions in football, which meant that their 2014 season was going to be tough to begin with. The situation worsened when they lost QB Sam Bradford for the year when he tore his ACL in a pre-season game. He will be back and ready to go this year, though, and this looks like a team with a ton of potential. They made some good moves in the off-season, and drafted Todd Gurley from Georgia, who is a running back that has a ton of potential. If Gurley can get going early, he will take a lot of the weight off of the shoulders of Bradford.Sources:Wikipedia.org (https://en.wikipedia.org/wiki/Dan_Quinn_(American_football))ESPN.go.com (http://espn.go.com/nfl/player/_/id/13197/sam-bradford)
Older post
Newer post