NFL News and Rumors
When it comes to NFL betting fans, optimism is the name of the game in all 32 NFL camps right now. With the 2014 results now in distant memory, and with players showing up for training camp, there is hope all over the league. For some teams, though, the hope is mostly illusory.  Consider the Detroit Lions. In 2014, they finished with an 11-5 record, even though they only had a +39 point differential for the entire season. The fact that Ndamukong Suh, their premier defensive player, is now a Miami Dolphin does not bode well in Motor City. The Lions still have Nick Fairley on the defensive line, but despite his considerable talent, Fairley has had a far more star-crossed turn than Suh. The Cardinals also finished 11-5 despite losing their top two quarterbacks to season-ending injuries. There is a lot of buzz that the Cardinals will be able to repeat that strong 9-1 start from last year, now that Carson Palmer is back in place as a healthy starter. However, the Cards lost defensive coordinator Todd Bowles to the New York Jets, and the defensive was the keystone for the Arizona fortunes last season. 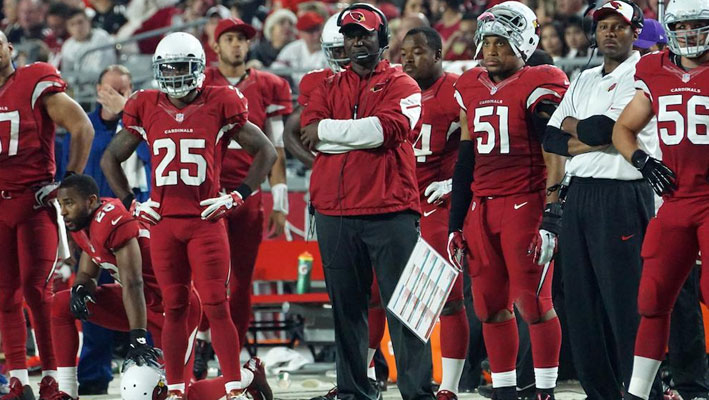 Now, let’s look at a couple teams who could shoot up the standings in 2015. First, let’s consider the Oakland . In 2014, they finished 3-13, and they could finish as high as 7-9 this year. They did have a bear of a schedule last year, with road games in Seattle, Denver, New England and St. Louis – as well as a trip to London. They got more frequent flyer miles in 2014 than any other NFL team – and it wasn’t even close. The Raiders also dumped head coach Dennis Allen after he got the team off to an 0-4 start (to cap an 8-28 total record in Oakland. While new head coach Jack Del Rio hasn’t proven himself as a genius on both sides of the ball, his infectious enthusiasm and discipline will energize Raider Nation – and his expertise should boost the number of turnovers that The Greatness can collect. The Raiders were dead last in fumble luck, falling on eight fewer fumbles than their opponents did. Quarterback Derek Carr showed some signs of greatness last year, and he is likely to continue to develop as a player. 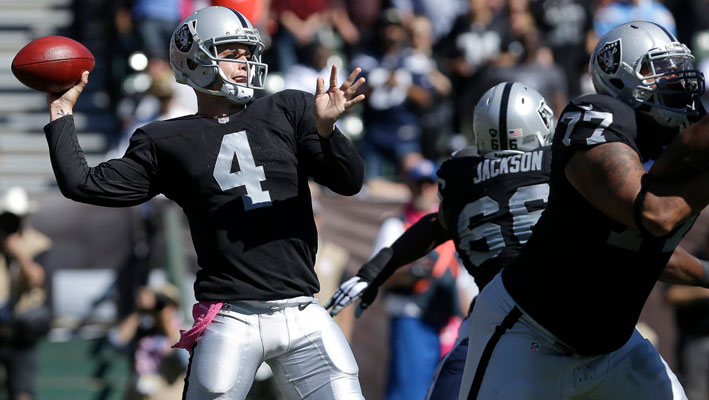 Also in the AFC West, the Kansas City Chiefs should improve significantly as well. They had a point differential of +72 for the season, which was the biggest for any team that did not qualify for the playoffs. They beat both the NFC champion Seahawks and the AFC champion Patriots, beating New England in a rout. Quarterback Alex Smith is comfortable managing games within Andy Reid’s offensive scheme. This will be Smith’s third consecutive season in the same offensive scheme – the first time he has had that sort of stability in his career. The Chiefs finished 9-7 last year, but this year they should win 11 and might even win 12, now that they re-signed the NFL sack leader, Justin Houston. Between the Raiders and the Chiefs, things should get a little more interesting for the Denver Broncos – who should still win the division but won’t have as easy a time this year. Sources:FOXSports.com:http://www.foxsports.com/nfl/video/glazer-raiders-fired-head-coach-dennis-allen-in-a-strange-way-092914?vid=335459907589AZcardinals.com: http://www.azcardinals.com/news-and-events/article-2/Cardinals-Lose-Todd-Bowles-To-Jets/2370ea9c-7c2a-4bb4-924d-5eb26279c4f7
Older post
Newer post