NFL News and Rumors
A couple weeks ago, Peter King reported in his Monday Morning Quarterback column on SI.com that 10 of the players in Seattle’s core are making $97.4 million over the next few years. It’s true that Seattle may have captured lightning in a bottle and that the team wants to stay with a group that is working well.Even so, though, that is a ton of money to give to less than a fifth of your 53-man roster. This means that the Seahawks will definitely be a team of haves and have-nots in 2015 NFL betting season. Things are going to get even more extreme in future years, as a lot of that committed money doesn’t kick in until a year or two down the road. In 2015, the 10 highest salaries on the Seahawks’ payroll will occupy $74.5 million of the team’s salary cap, which is just over 45 percent. That might sound like a lot, but it’s not – that only ranks 18th in the National Football League.

Let’s take a look at some of the NFL teams that are giving even more money to even fewer people on their rosters.Consider the Arizona Cardinals.Their 10 highest salaries take up $82.7 million in 2015, but the quarterback (Carson Palmer) isn’t the reason. He’s only getting $7.5 million, which isn’t top-tier quarterback money. Most of the teams who are in a high-ratio situation have a quarterback making a king’s ransom. However, when Arizona granted Patrick Peterson a five-year extension worth $70 million, the ratio started swinging dramatically.You wouldn’t necessarily have known that Peterson was an elite player last year, of course. Pro Football Focus ranked him #47 out of 70 qualified cornerbacks. Given that veterans Darnell Dockett and Antonio Cromartie are playing elsewhere now, tough, the Cards need Peterson to go back to that elite form that made him a Heisman Trophy finalist. Larry Fitzgerald (who brings home $10.9 million himself) could use a better season too. 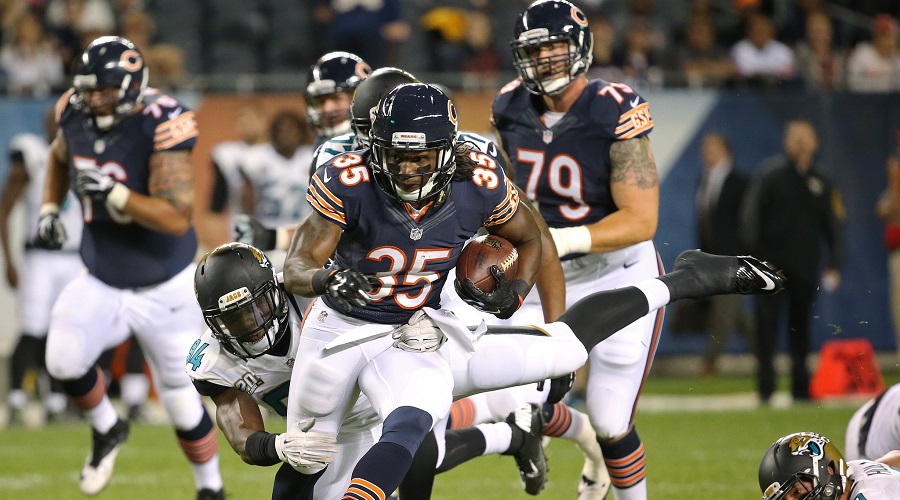 The Chicago BearsThe Bears have a more typical high-ratio salary problem. Quarterback Jay Cutler is making $16.5 million next year, bad decisions and all. Remember Cutler’s former go-to guy, Brandon Marshall? The Bears are still paying him $5.6 million even though he won’t be catching passes for them. Jared Allen is due $12.5 million even though he is playing well past his prime. Lamarr Houston is making $7 million, although it remains to be seen how he will recover from that ACL tear he suffered while celebrating a sack in the 2014 campaign. Matt Forte is making $9.2 million but only averaging 3.9 yards a carry in 2014. Will he be the featured back in Chicago for much longer? There is a definite crisis on the Bears’ payroll.These huge contracts are one reason why the Bears canned general manager Phil Emery after the end of the 2014 season. If the Bears’ pricey players don’t pick up their game a little bit this year, the Bears will not compete in the NFC North – but they will pay through the nose. The 10 highest paid Bears are making about 53 percent of the salary cap – one of the largest ratios in the league. It’s fair to say that they didn’t get their money’s worth in 2014.Sources:NFL.com (http://www.nfl.com/player/patrickpeterson/2495504/profile)Sports.Yahoo.com (http://sports.yahoo.com/nfl/players/8821/)
Older post
Newer post