NFL News and Rumors
After ending his holdout of 54 days, Kam Chancellor was back in the lineup, patrolling the secondary for the Seattle Seahawks as they hosted the Chicago Bears. After an 0-2 start, the Seahawks needed a spark to get them back to their usual selves, and they appeared to get it in a 26-0 whipping of the Monsters of the Midway.When the team got back together before the game for their warmups, Chancellor didn’t have anything out of the ordinary to say to his teammates. As Richard Sherman told the Seattle Times, “Nothing different than what we always say. It’s a hype speech. A bunch of rah-rah-rah to get you hyped. But guys felt what he had to say.”

The Seahawks rang up their first shutout since December 15, 2013, when they kept the New York Giants off the scoreboard. The Bears only made one first down in the second half, with backup quarterback Jimmy Clausen running the team in the absence of Jay Cutler, who suffered an injury a week ago. The Bears had ten drives and punted after each of them. 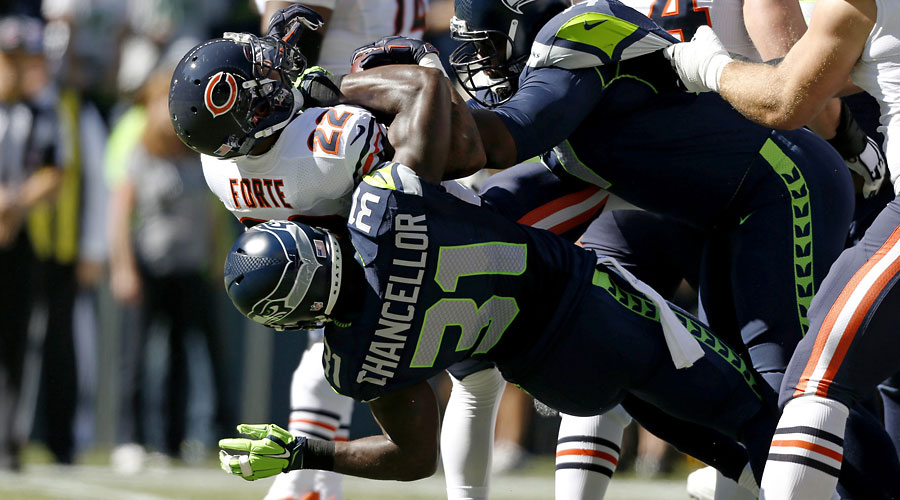 The special teams also got things going for Seattle, who opened the second half with a 105-yard kickoff return by Tyler Lockett. The offense started off slowly, sputtering along until they went to the no-huddle just before the half. In the second half, the energy continued as the Seahawks picked up 246 of their 371 total yards, as well as 121 of their 159 rushing yards, a season high. New tight end Jimmy Graham scored his first touchdown of the year, and new tailback Thomas Rawls made his presence known as well. As head coach Pete Carroll told the Seattle Times, “It’s not smooth yet. It’s not how we want it to be. It’s a work in progress, and we know we have a lot of plays we can get and playmakers out there.” 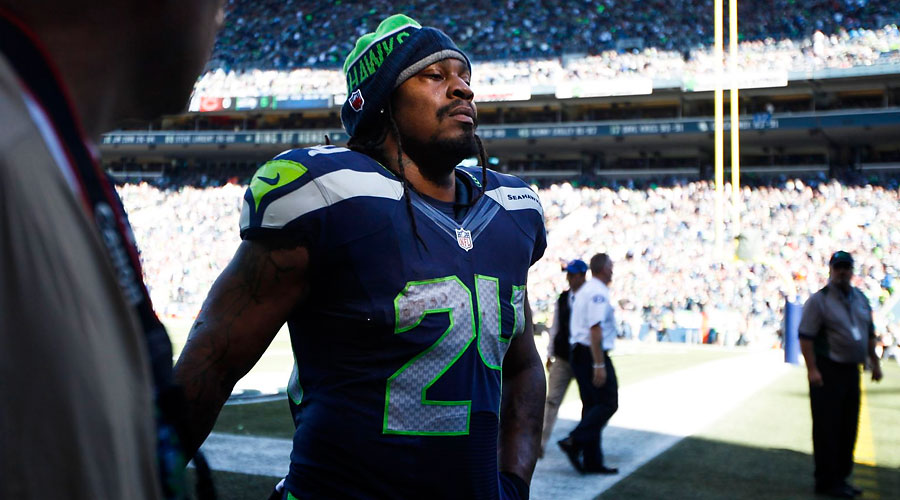 Rawls’ presence was necessary for Seattle as Marshawn Lynch sat out the first two series of the game, still hampered by a calf injury. He would miss the whole second half because of a hamstring injury. At the age of 29, Lynch is at a point when a lot of tailbacks start to see their performance slide downward. It’s a bit premature to conclude that about Lynch, but it is time to wonder if Lynch is the one to carry the team on his back week in and week out. Rawls had 104 yards on 16 carries. The undrafted rookie showed more of the promise that had made the team comfortable about trading Christine Michael to the Cowboys.The defense looked the most back in business, though, thanks to the return of Chancellor. He was out there for 36 of the 46 defensive snaps. The defense dropped its yards-per-play allowed from 6.0 to 3.2. Sherman told the Seattle Times, “I think guys were in better position. I think he gave a spark of energy. I think it was more disciplined, sound football today.”
Older post
Newer post