NFL News and Rumors
The National Football League may still be in the offseason, but the news cycle never stops as NFL bettors continually prepare for the new season by staying well-informed. Right now, teams are busy in their training camps sharpening their skills as they wait for the pre-season games and the much-awaited 2015 NFL football betting season.

Things that NFL betting Fans Should Consider Before the Weekend

Some of the fantasy football candidates, both big names and sleepers, are nursing or recovering from injuries this offseason. In betting, it is necessary to understand the nature of injuries, and the duration the athletes might take before returning to the field. For instance, Odell Beckham Jr., the star NYG receiver, has a hamstring problem and is still doubtful to be heavily involved in the training camp or even start the 2015 season. Other noteworthy injuries that may affect the NFL odds include Kelvin Benjamin’s lingering hamstring problem and match fitness issues, Dorial Green-Beckham (hamstring), Jaelen Strong (knee), Paul Richardson (knee) and Stevan Ridley (knee), among many other players whose participation in Training Camps or start of the new season is not guaranteed.

The NFL is a very tricky place that demands a lot of discipline both on and off field for success. Unfortunately, some players have a knack for getting into problems, something that has cost them great opportunities and limited their performance due to suspensions. The list of offseason suspensions, Tom Brady and the Pats aside, has been growing by the day. For example, last week, the NFL suspended Derek Wolfe of the Denver Broncos and Sean Smith of the Kansas City Chiefs for three and four games, respectively. According to Commissioner Roger Goodell, there seems to be an epidemic of indiscipline, which can only be curbed by firm and proactive decisions. Fortunately, players suspended for the season are still allowed to practice in Training Camps, but there is a high likelihood that we will be seeing the replacement options getting more snaps. For example, with Brady missing the four games, Jimmy Garoppolo will probably get more first-team reps in Training Camp to prepare him for Brady’s absence.

Every season of Hard Knocks reminds the player that August brings the constant threat of being dropped from their teams. So although training camp is a time for hope and improvement, it is also a time every athlete strives to do his best to make the all-important 53-man roster for the season. As a norm, some athletes will be released by their individual teams due to one reason or another, and things are not going to be different this year. Some of the names in the league rumored to be facing potential roster cuts during or after Training Camp include Vernon Davis, Andy Levitre, Matt Cassel and Leon Hall. Some of the reasons for the potential cuts include salary-related issues, unguaranteed starting pick, long-term injuries, or being outplayed by a teammate in the same role.

Teams have done all they can to secure the signature of key players and strengthen their squads. And in necessary cases, trades have been done to connect the right talents with teams that need them most. To mention a few, former Detroit Lions defensive tackle Ndamukong Suh signed a blockbuster $114 million deal with the Miami Dolphins, the likes of Byron Maxwell, Jared Odrick, and Pernell McPhee found big paydays, while Darrelle Revis opted to return to New York for a second stint with the Jets and a $70 million deal. Even so, dust has not quite settled on some players and their contracts as we enter the Training Camp. Examples here include free agents Reggie Wayne and Ray Rice, who are yet to find new homes. As the weekend action gets underway, it will be important to keep an ear out on any developments regarding such contracts since they could have a huge effect on the team rosters and how players will lineup in the preseason games or even in the new season.

5. Performance by Draftees and New Additions 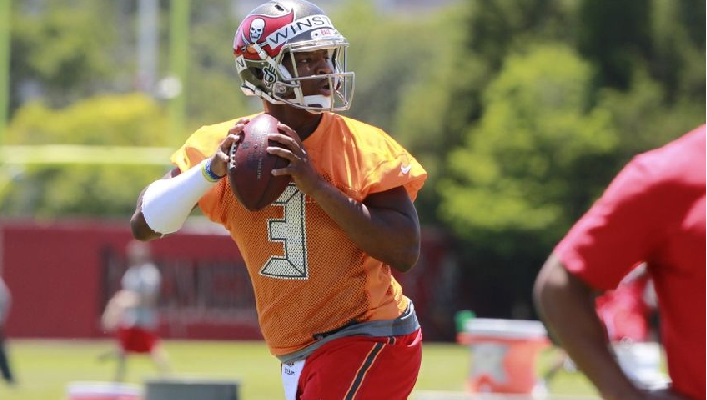 Most NFL teams worked tirelessly hard to get the best talents out of the 2015 NFL draft. Unfortunately, only time will tell who the true steals of these drafts are. With an influx of rookies and a strong free agent class, most teams in the NFL have new contributors coming in at different positions. In order to have a glimpse of how these new additions will be performing in the season, it is highly advisable for NFL bettors to study and understand these players and how they play, starting from the training camp. Whereas it is not guaranteed that showing well in the training camp or the preseason games means that you will succeed in the new season, the general rule is that busts and steals often show those signs from as early as in the training camps, giving us a chance to make rough estimates of whether they’ll fail or succeed in the new season.
Older post
Newer post