NFL News and Rumors
If you want to cash in on the Buffalo Bills as they head into the all-important Week 3 matchup of the NFL preseason, then there are some things you need to know about that could help you bank on the Bills over the next several weeks at the very least.Thanks to the fun-filled analysis on three things we learned about the Buffalo Bills following their Week 2 preseason tilt, you’re going to have a great chance to either cash in on – or against – the them as they get set for the quickly approaching 2015 NFL betting season.

From practice squad to 53-man roster depth for a monster D-Line. Why Bryant never looked back: http://t.co/SDNb1kBdEr pic.twitter.com/6VuSmghznq

What the hell is wrong with enigmatic Bills quarterback E.J. Manuel?The Bills have tried making him their uncontested starter several times since drafting him in the first round of the 2013 NFL Draft, but each time Manuel looks like he can become a franchise signal-caller, he underachieves like you wouldn’t believe. 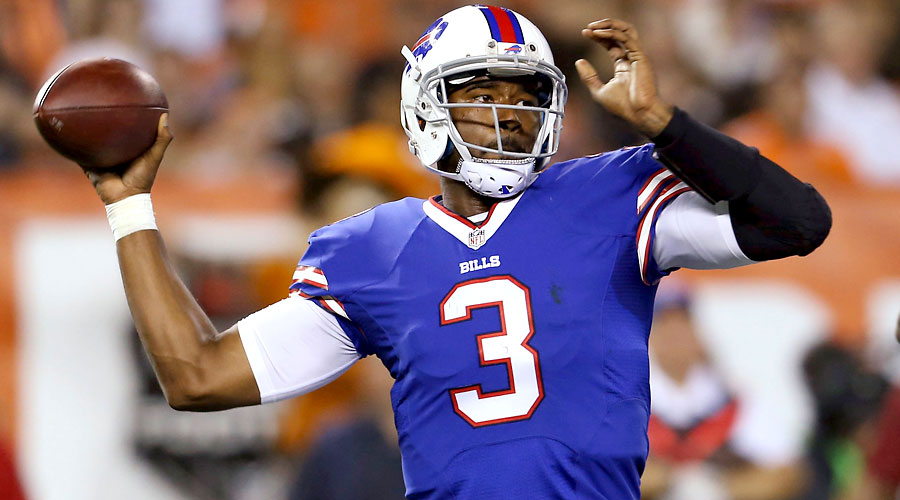 Now, staring at the possibility of suddenly falling to third on the Bills’ depth chart behind the surprising Tyrod Taylor and veteran Matt Cassel, Manuel wants to start playing like he knows how.Manuel rallied the Bills to an 11-10 victory over Cleveland on Thursday night  by throwing a 14-yard touchdown pass to Andre Davis with 1:31 remaining in regulation. Manuel then found rookie Bronson Hill for the 2-point conversion to complete the late rally.Still, I’m not buying it that Manuel is the real deal at this point and I’m going on record to say that it is Tyrod Taylor that is my pick to start the regular season.

So…who’s going to end up as the starting QB? 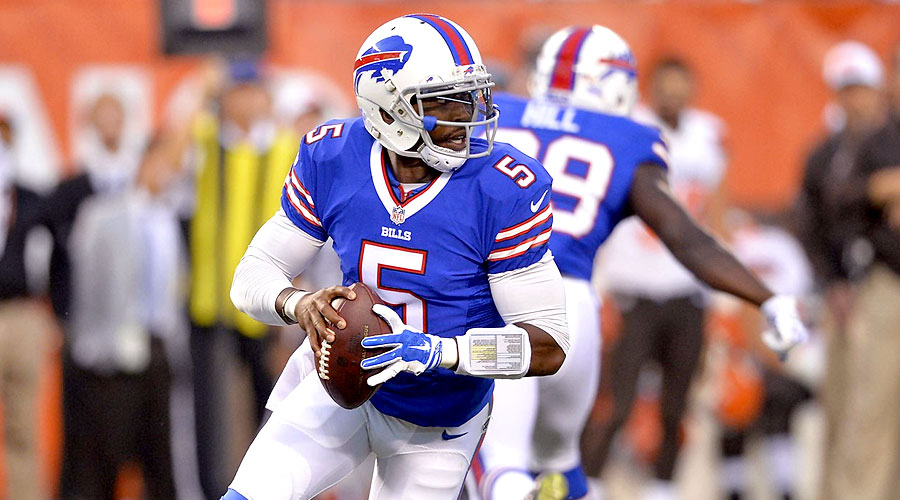 Buffalo head coach Rex Ryan said this week that the Bills starting quarterback job is still up in the air and that he will not name a starter until just before the regular season opener against Indianapolis, but I think that’s a bit foolish and kind of shows what Ryan knows about offense and the guys that play on that side of the ball.“We don’t need to tell them (Indianapolis),” he said. “Until the league makes us tell them we can go right up there and say we’re not going to say anything. We may know. But why would we say any different?”While it may or may not make a difference that Indianapolis knows which quarterback they will be facing, one thing I know is that no quarterback on Buffalo’s roster can hold a candle to Indy’s Andrew Luck! 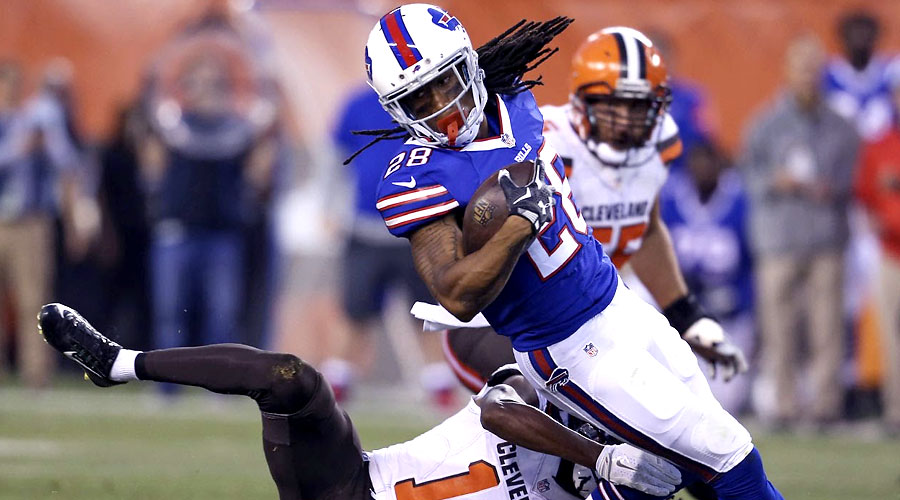 I love it when players show their real mettle by bouncing back solidly after a poor performance.Bills rookie cornerback Ronald ‘Roller’ Darby (yes I made that one up) showed just what he is made of when he picked off Cleveland’s Josh McCown twice on the Browns’ first two drives – all after getting burnt for a couple of big catches and a touchdown against Carolina the week before.A second-round pick out of Florida State, Darby is scheduled to start for the Bills with veteran Leodis McKelvin expected to miss the start of the regular season.SourcesBuffaloNews.com (http://bills.buffalonews.com/2015/08/21/ej-manuel-stays-cool-under-pressure-leads-the-comeback/)NFL.com (http://www.nfl.com/player/leodismckelvin/1298/profile)
Older post
Newer post