The Tennessee Titans (2-14 SU, 3-12-1 ATS, 6-10 O/U) will enter the 2015 NFL regular season much like they have each of the past three seasons, by trying to simply get back to being a respectable franchise and even maybe make it to Super Bowl 50. Unfortunately, their football betting odds don’t favor them, and from where I’m sitting, I think accomplish this task is going to be a lot tougher that it sounds.You see, the Titans need help at just about every position, not to mention the fact that I’m not real enamored with head coach Ken Whisenhunt. Thanks to this expert, in-depth look at what likely lies ahead for the Titans as they get set for the upcoming 2015 regular season. 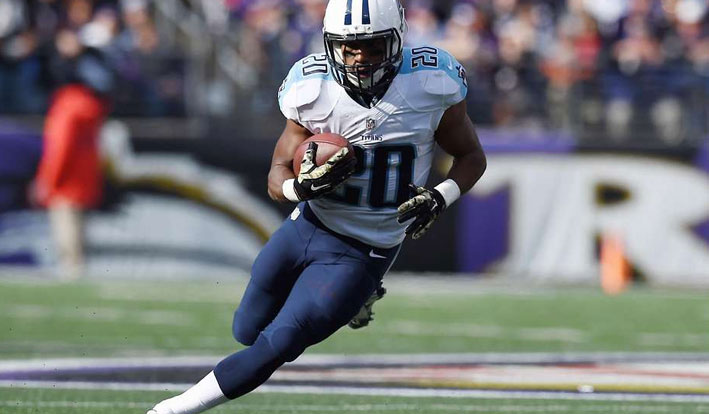 It’s kind of hard to find anything good about a team when they unfurl a pitiful 2-14 record, but even the Titans had a bit of good news even if some did come in the form of addition by subtraction.It took the Titans at least one season too long to figure out that quarterback Jake Locker was not going to be the franchise cornerstone they thought he’d be when they drafted him with the eighth overall pick in the 2011 NFL Draft.It’s not that I don’t like Locker…contrary to the aforementioned statement, I actually liked Locker a lot and can see why the Titans gave him so long to fulfill his clearly visible potential.Unfortunately for him, Locker could never stay injury-free for very long and just kept missing games, generally after showing some flashes of brilliance that made everyone believe he was a franchise kind of signal-caller.By moving on from Locker and giving talented rookie Zach Mettenberger his opportunity to become the new face of the franchise, I genuinely believe that Tennessee improved its chances of being successful, at least over the long haul.I guess it was also ‘good’ news that Tennessee finished 15th in the league against the pass (235.8 ypg), although I suspect that was because their opponents were easily able to run on their pitiful 31st-ranked run defense. 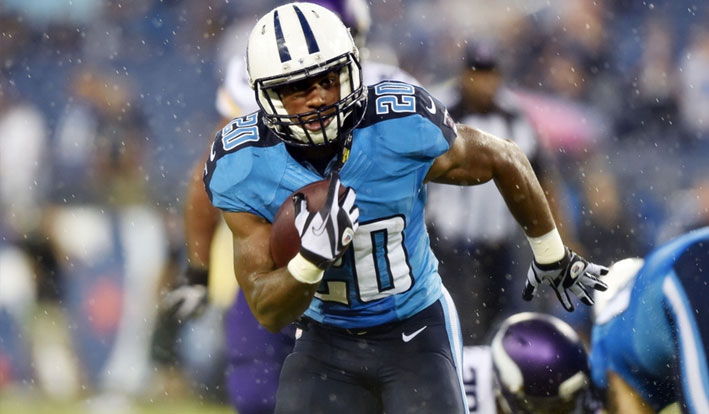 Well, the good news is that Tennessee wasn’t historically bad in 2014, though they seemingly tried their little hearts out to be. The Titans finished the 2014 season ranked 29th in total offense (303.7 ypg), and an even more depressing 30th in scoring, averaging a paltry 15.9 points per game. Along the way, the Titans also ranked in the bottom third in both passing and rushing.

The Titans were held to 13 points or less a whopping seven times in 2014 while scoring 10 points or less in five of those contests. The bottom line is that Tennessee’s offense was downright ugly at times a year ago. 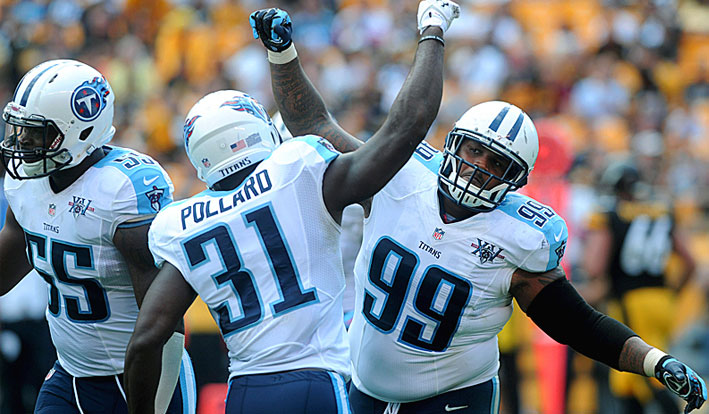 Let’s take a look at Tennessee’s offensive statistics from this past season.

Here is a look at Tennessee’s team defensive statistics. 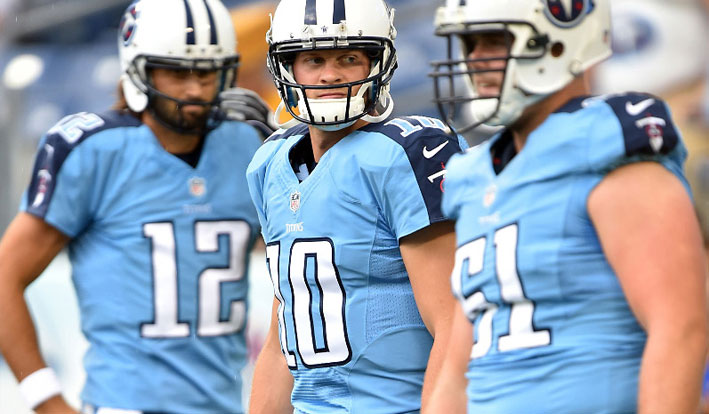 The Titans have needs all over the place, so I guess I’ll start with their most pressing requirements.

Former starter Shonn Greene was pretty much a total bust in his two years with the team. I’m not hating on backup-turned-starter, Bishop Sankey (who?) but the fact of the matter is that Tennessee needs an upgrade at running back in the worst way. The Titans averaged a pitiful 90.4 rushing yards per game last season and that’s just not going to cut it in the today’s NFL where offensive balance is crucial to success.

Ok, I’ve got to give tight end Delanie Walker a bit of props for recording almost 900 receiving yards in spite of playing with a trio of quarterbacks that were all mediocre on their best day in 2014. Having said that, it also goes without saying that the Titans need help at the wide receiver position just as bad they do at running back.Longtime veteran wideout Nate Washington is now 31-years-old and Kendall Wright is just 5-10 and looks like a third or fourth receiver instead of a starter in my estimation 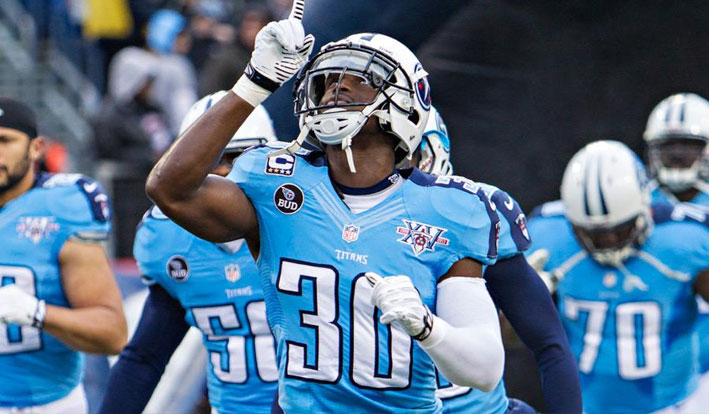 Washington has undoubtedly seen better days, though the Titans could keep him as a third wideout or backup, but again, the Titans need an upgrade here pretty damn badly and need to grab a big receiver or two either in the draft or free agency.

The reason I put the quarterback spot in my ‘moderate needs’ area is because I believe Zach Mettenberger actually has a chance to be a solid NFL starter. I know the Titans could conceivably draft Marcus Mariota with the No. 2 pick in the draft, but I believe they’ll be better off trading the pick for multiple picks and rolling the dice with Mettenberger.Sure, if Mariota turns out to be a star and Mettenberger doesn’t, then you’ll potentially have egg all over your face. However, the Titans have a bunch of needs and could address them quicker with multiple draft picks. 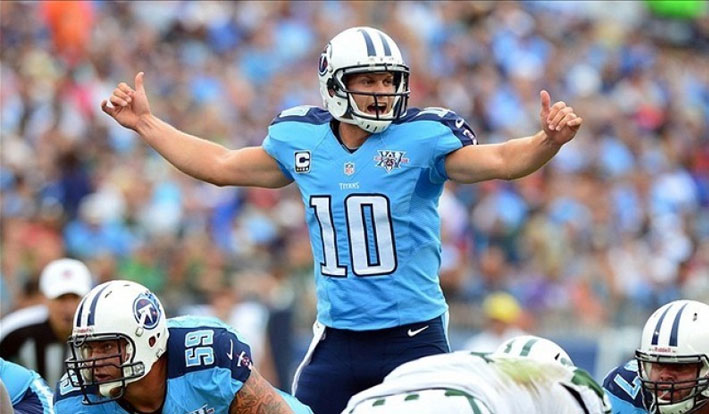 Derrick Morgan is a definite starter for almost any team in the league and William Avery had a standout rookie campaign, but Tennessee’s other two starters both left a lot to be desired in 2014, both, against the run and pass.

It’s either Marcus Mariota or a trade if you ask me as I suspect Tampa Bay will take Jameis Winston with the No. 1 overall pick. The Titans could also draft Mariota and then trade Mettenberger, though he wouldn’t fetch nearly the same haul as the No. 2 pick would. 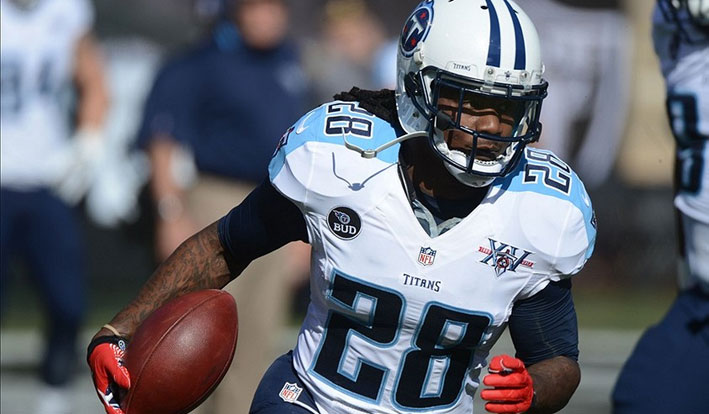 The majority of what happens for the Tennessee Titans in 2015, depends on what they do with the second pick in the draft. Ultimately, the Titans’ decision depends on whether they believe in Mettenberger or Mariota more.If Tennessee trades the pick for more picks, I think they could approach six or seven wins. If they keep the pick and take Mariota, four or maybe five wins is more like it. Tennessee has an easy schedule, just the 26th strongest in the league so they will have every opportunity to get close to being respectable again in 2015. 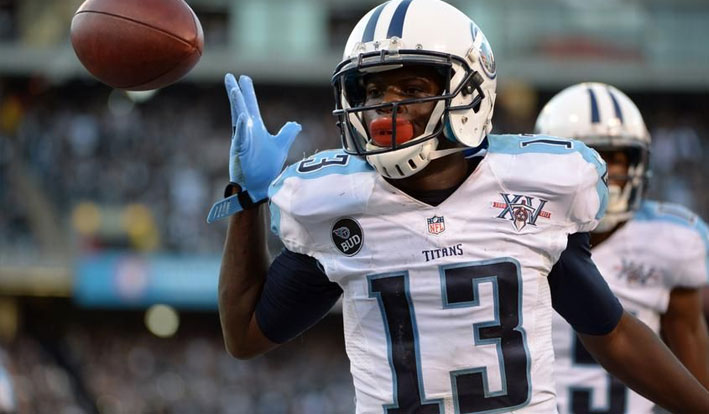 I’m also going on record right now to say that Tennessee will not only double their three-win ATS total from last season, but potentially reach 8-8 or 9-7 ATS depending on the quality of their defense and quarterback play.Tennessee Titans 2015 Predicted Records: (6-10 SU, 8-8 ATS)
Older post
Newer post