NFL News and Rumors
Now that Tony Romo is out for the season, there are some real concerns about finding a successor (or at least a capable backup) for the Cowboys’ roster. The awful job that Brandon Weeden and Matt Cassel have done are signs that the team hasn’t done a good job finding an insurance policy for Romo to this point. Here are the top five quarterbacks that the team could add through the draft or free agency for the next NFL betting season.

Lynch is a junior at the University of Memphis. Unusually tall for a quarterback at 6’7”, Lynch has worked wonders for the Tigers this year, leading them to an upset of Ole Miss and keeping them in contention for a potential playoff spot until their loss to the Naval Academy. For the season so far, he has gone 271 for 392 for 3,448 yards and 21 scores – and just three picks. According to several draft analysts, he could be the next Blake Bortles – a project who ends up doing quite well after some mentoring and seasoning.

This redshirt senior at Michigan State has the arm to complete the sort of throws that NFL teams need. He has missed several games to injury this season, but he has gone 175 for 311 for 2,482 yards and 21 scores, against just four interceptions. He is viewed as having the physical tools to work well in the league. 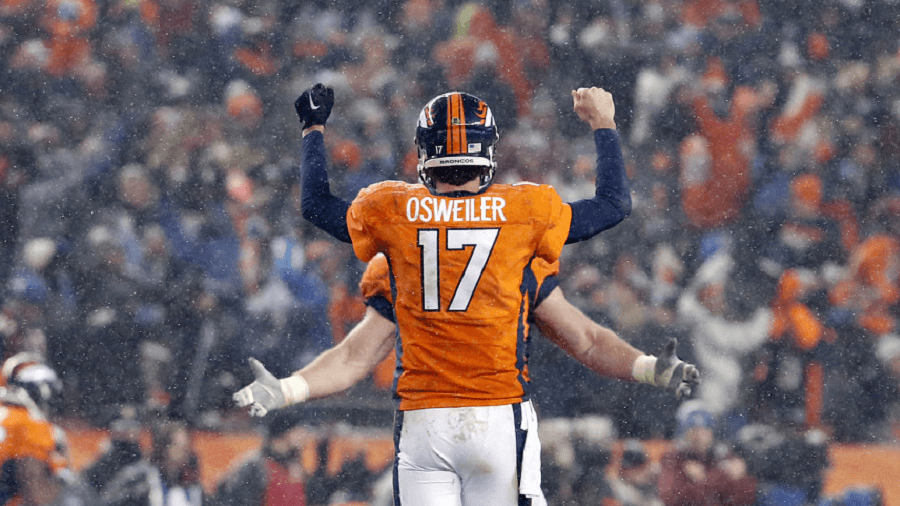 The backup to Peyton Manning in Denver, Osweiler did what Weeden could not – lead his team to a defeat of the New England Patriots. He is in his fourth season but is just now getting some exposure as a starter – and doing quite well. Manning has said that he wants to return in 2016, and if the Broncos keep him, this free agent could be looking elsewhere. In his three games this year, he is 57 for 93 for 666 yards and four scores with just one pick. His poise so far has been admirable given the troubles that the Broncos have faced.

In the past, Cousins has shown a penchant for throwing the ball to people on the other team. However, this season he has won the NFC Offensive Player of the Week award – twice. Starting in relief of RGIII, Cousins has gone 248 for 363 for 2,485 yards and 15 touchdowns. The 10 interceptions are a little high, but if you’re looking for him to be a backup to Romo, this is definitely an option to consider.

What, two Washington Redskins on this list? Yes, because the Redskins will likely not have both of these quarterbacks on their roster next year. Owner Dan Snyder reportedly loves RGIII, but Cousins has been performing well this year. If the Redskins extend Cousins and turn down the team option for RGIII, look for Jerry Jones to explore the idea of bringing this terrific talent that has been star-crossed in Washington to town. Don’t you think Jerry would love making Dan Snyder look silly?
Older post
Newer post