NFL News and Rumors
Ideally, Super Bowl games are going to be close, because they feature the best team in each conference. However, some years one of the two teams is far and away the best team in the league, and the Super Bowl isn’t much of a contest. The Bears’ steamrolling of the Patriots in Super Bowl XX and the Cowboys’ manhandling of the Buffalo Bills are two examples that come to mind. In other years, though, the underdog walks away with the win. Here are some of the most memorable examples of NFL betting underdogs taking the Lombardi Trophy home. 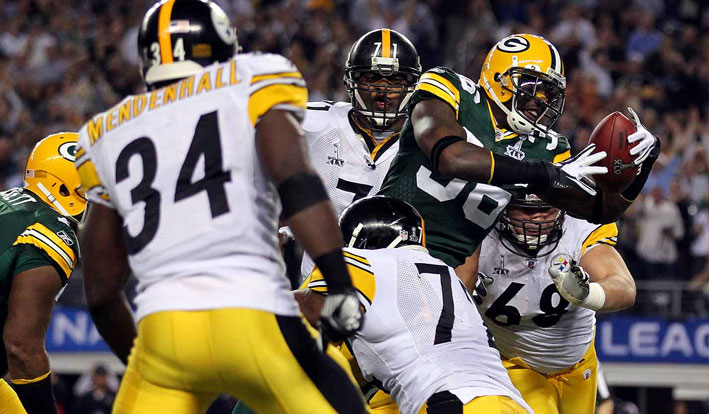 The Steelers were only favored by three points in this matchup, but many people thought that number was too low. Led by quarterback Ben Roethlisberger, the Steelers had already won two of the last five Super Bowls. Most of the Packers (particularly quarterback Aaron Rodgers) were appearing in their very first championship game. Many people thought experience alone would tilt the outcome toward the Steelers. Also, the Steelers had earned a bye in the first week of the postseason and had then won two home games. The Packers had been in must-win mode for two months, just to make the postseason and then to go on the road three weeks in a row to qualify for the Super Bowl.All of that provided to be mostly inconsequential. Not only would the Packers beat the Steelers, but they would also win the first 13 games of their next season as well. 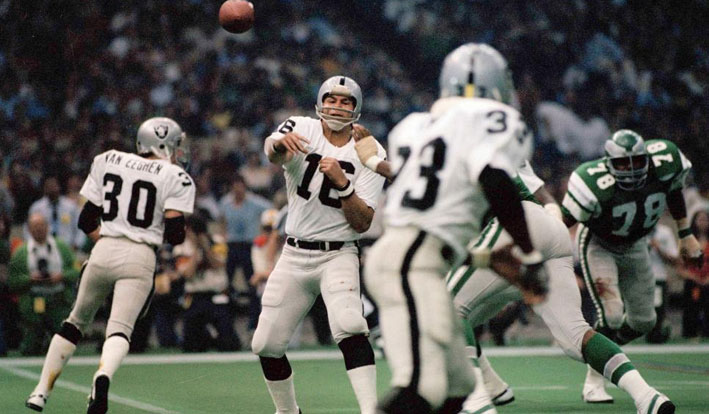 Even though the Raiders had won a title just four years before, the Raiders were seen as clear underdogs to the Eagles. The Raiders had qualified for a wild card spot in the playoffs rather than winning their division, and their quarterback, Jim Plunkett, was still seen as a bust. The Eagles, with quarterback Ron Jaworski and running back Wilbert Montgomery, weren’t seen as a powerhouse, but they had hosted all of their playoff games, while the Raiders had to win at Houston, Cleveland and San Diego before heading to New Orleans for the Super Bowl. However, Plunkett and the Raiders dominated the game from start to finish. 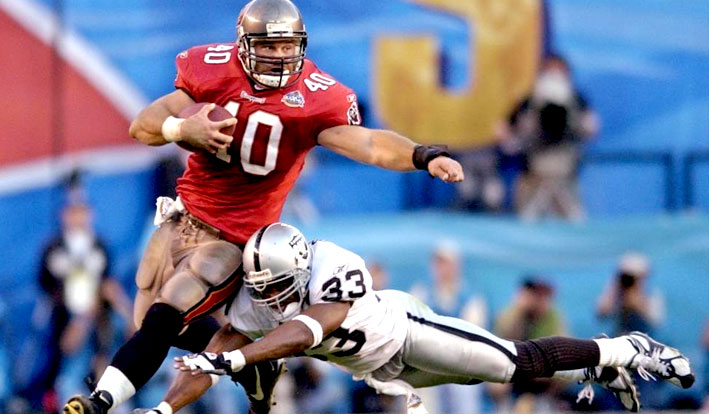 Jon Gruden had been traded from the Raiders to the Bucs, and many in the media thought this would help the Raiders because they would be familiar with the Tampa offense. However, it ended up that Gruden knew the Raiders all too well. It helped that quarterback Rich Gannon and the Raiders’ offense committed five turnovers, three of which ended up in immediate defensive scores, and the rout was on. 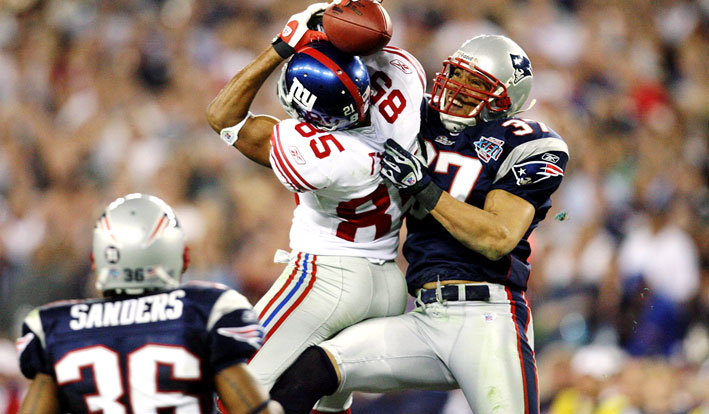 The Patriots entered this game with an 18-0 record on the season, and only the Super Bowl lay between them and an historic achievement – matching the 1972 Miami Dolphins as the only teams to have a perfect season. The Patriots were favored to win by a gargantuan 12-point spread. The Giants had barely even made it into the playoffs at all, and if Brett Favre hadn’t thrown a crucial pick in the playoffs, the Packers would have been in the NFC Championship, not the Giants. However, the Giants’ pass rush made Tom Brady run all over the place, and midway through the fourth quarter, the Patriots only had one touchdown. Even after they scored to take a 14-10 lead, though, the Patriots were still vulnerable. Eli Manning drove his team down the field, completing an unbelievable pass to David Tyree, who caught the ball against his helmet. Manning’s TD toss to Plaxico Burress gave the Giants an incredible Super Bowl upset.  Sources Wikipedia.org (http://en.wikipedia.org/wiki/Super_Bowl_XV) NFL.com (http://www.nfl.com/videos/nfl-game-highlights/09000d5d8264992e/Super-Bowl-XLII-highlights)
Older post
Newer post