NFL News and Rumors
As we get closer to the 2015 Pro football season, it’s time to take a close look at quarterback Geno Smith and the New York Jets (4-12 SU, 6-9-1 ATS, 7-9 O/U) as they get set for the upcoming 2015 season. The enigmatic Smith and the Jets are on the clock thanks to this mybookie.ag original analysis on the top five questions surrounding the J-E-T-S, Jets, Jets, Jets, heading into training camp and into the NFL betting season. With that said, let’s get this party started.

What’s Up with Geno Smith?

All I can say is that I wish a couple of my ex-girlfriends gave me as many chances as the New York Jets franchise have given to pitiful quarterback Geno Smith. All jokes aside, since being drafted with the 39th overall pick in the 2013 NFL Draft, Smith has completed a pitiful 57.5 percent of his passes in 29 career starts while tossing a modest 25 touchdown passes against a costly 34 interceptions. Very thing about Geno Smith screams ‘mediocre’ if you ask me. Why the Jets can’t see that is beyond me, but I suspect new head coach Todd Bowles won’t hesitate to make a change if Smith starts throwing interceptions like they’re going out of style. Besides, I think New York may have drafted its franchise quarterback I former Baylor star Bryce Petty.

Who’s the starting running back? 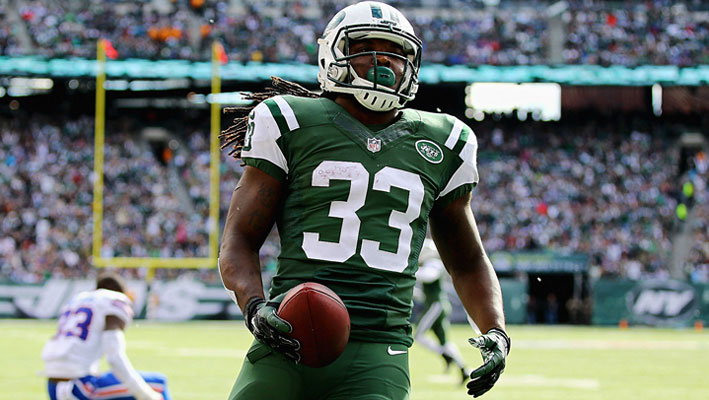 The Jets are set to start veteran Chris Ivory with veteran Stevan Ridley set as the primary backup. Bilal Powell and Zac Stacy are currently listed as the third and fourth running backs on New York’s depth chart, but to be honest, I’m just not overly excited about this unit. Ivory did rush for 821 yards in 2014 while averaging 4.1 yards per carry but Ridley rushed for just 340 yards while averaging a discouraging 3.6 yards per carry. Powell (4.3 ypc) and Stacy (3.9 ypc) have been nothing more than career backups through five and three years respectively. What does Brandon Marshall have left in the tank? I think Marshall’s got a lot more left than what we saw in 2014. Sure, Brandon Marshall caught a modest 61 passes last season for an equally pedestrian 721 yards, but let’s be honest. Marshall played with a quarterback in Jay Cutler that has regressed so badly the last couple of seasons that he now looks like a wide-eyed rookie. Unfortunately, Marshall’s numbers might not improve in 2015 – at least until they bench ‘Mr. Interception’ Geno Smith.

How will the defense perform in 2015? 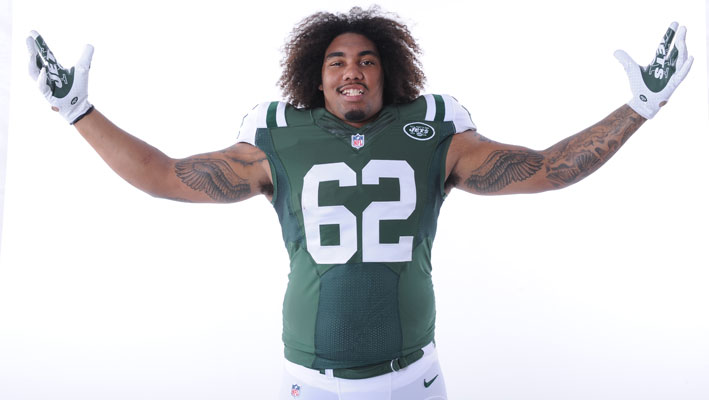 I suspect the Jets will be damn good on defense! First and foremost, the Jets hired one of the best defensive minds in the game today in former Arizona Cardinals defensive coordinator Todd Bowles. Not only that, but New York also came away with a player in defensive end Leonard Williams that was regarded by many as the best player in the 2015 NFL Draft. Oh, did I forget to mention that the Jets also signed elite shutdown cornerback Darrelle Revis in free agency? I wouldn’t be surprised in the least to see New York field a top 10 defense in 2015.

Is Todd Bowles the right man for the Jets rebuilding job? 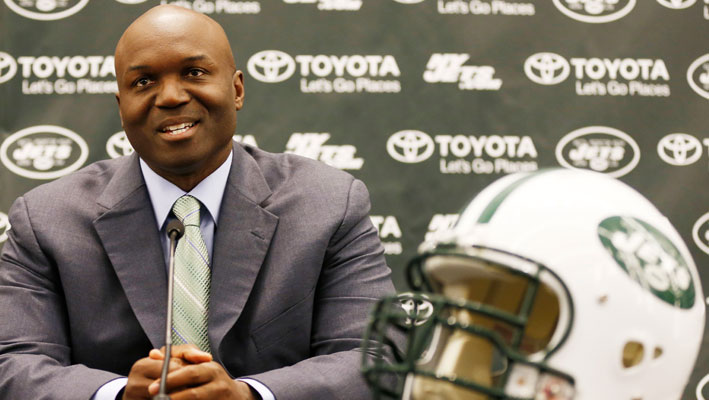 Yes, he is! Todd Bowles has more than paid his dues after landing his first assistant’s job in the NFL with New York as a secondary coach an insane 15 years ago. As the defensive coordinator for the Cardinals the last two seasons, Bowles led Arizona’s defense to a pair of top 10 finishes both years. Sure, Bowles has his work cut out in rebuilding a New York team that had fallen into the depths of despair under former head coach Rex Ryan, but I believe that, if nothing else, Bowles’ defensive prowess will help the Jets to become competitive right off the bat.   Sources: ESPN.com: http://espn.go.com/nfl/player/_/id/15864/geno-smith NFL.com: http://www.nfl.com/player/brandonmarshall/2495893/careerstats
Older post
Newer post