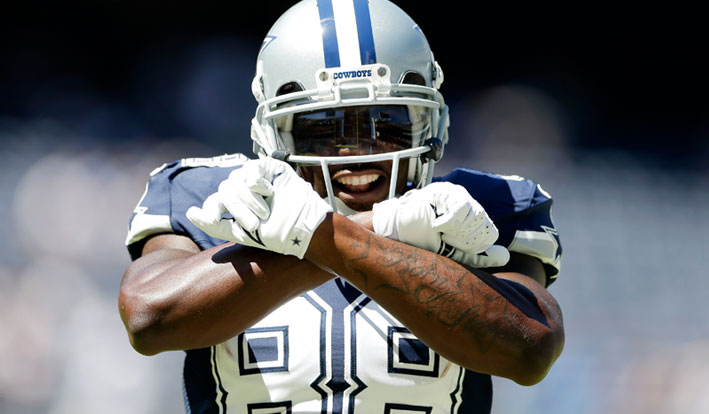 NFL News and Rumors
Even in a league where the union has relatively little power, such as in the National Football League, the word “collusion” is an ugly one, and it looked like the NFLPA was about to start a claim against the Dallas Cowboys and the Denver Broncos early last week. Why? Well, in case you haven’t read the latest NFL betting headlines, Dez Bryant and Demaryius Thomas were about to be forced into the franchise tag position by their teams – and it looked like they had been talking about it, and the players knew it.

Teams aren’t allowed to talk to each other about ongoing contract negotiations if those conversations are designed to keep salaries low – that’s what “collusion” is all about. Dez Bryant had alleged that Cowboys vice president Stephen Jones had brought up conversations with Broncos management about the contract negotiations for Bryant and Thomas. If you combine this with recent comments that Cowboys owner Jerry Jones had made about not wanting to set a market for wide receiver contracts, then you have an atmosphere ripe for claims of collusion. Miraculously, both receivers got generous extensions on the last day when extensions were possible under the terms of the franchise tag. 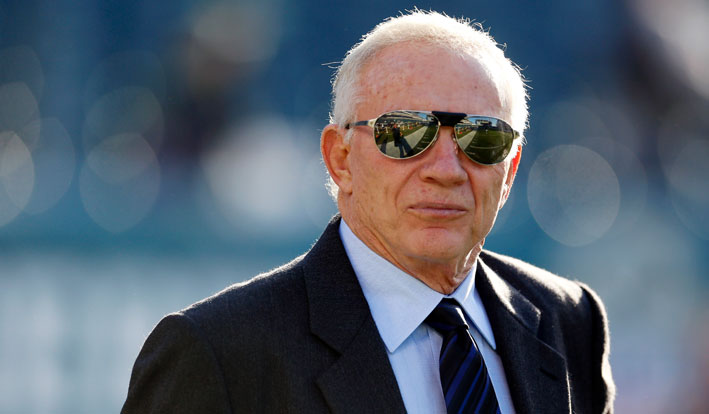 When it comes to dealing with team negotiations, there’s a time to play by the rules and a time to play hardball. Compare the situations of Bryant and Thomas with that of Russell Wilson, the gifted Seattle quarterback who, as yet, still doesn’t have any word from his team about a possible extension. So far, though, he’s been playing nice with the Seahawks – and it has yet to pay off for him. Bryant and Thomas got huge deals, in part because they were willing to push back. Had July 15 come and gone without extensions for the two of them, they would have had no choice but to sign their franchise tag paperwork and report. Even if they had held out, they couldn’t receive a contract extension until next February – after the season had ended. 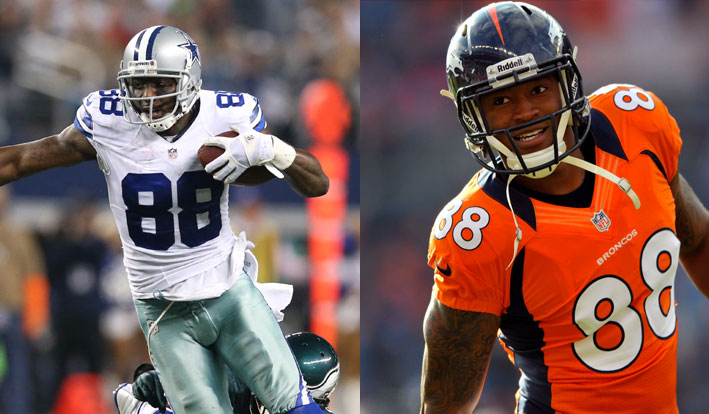 Bryant had gone public on Twitter and said that he would not be in training camp if he did not get a long-term extension. While Thomas was not as public about it, Ian Rapoport from NFL.com had reported that Thomas was not planning on showing up to camp either, as long as he didn’t have a long-term deal in place. It’s not like neither team had offered the receivers a deal, but they hadn’t gotten what they wanted and were willing to wait. If they hadn’t played hardball with their teams, they wouldn’t have gotten the deal that they have now. That’s just how negotiations go – if you play softball, you won’t get as much as you want. It takes pressure for a team to offer a player as much as it can afford (although Mark Cuban doesn’t seem to follow that economic philosophy). Players aren’t just worth a certain amount because of what they’ve done in the past; they are also worth what they are willing to play for in the future. Teams that know they have a little more leverage will use that leverage to control costs. (And going back to the Cuban example, Dirk Nowitzki has realized that Cuban will spend what it takes to win, which is why Dirk has taken less money to get more talent on the roster). 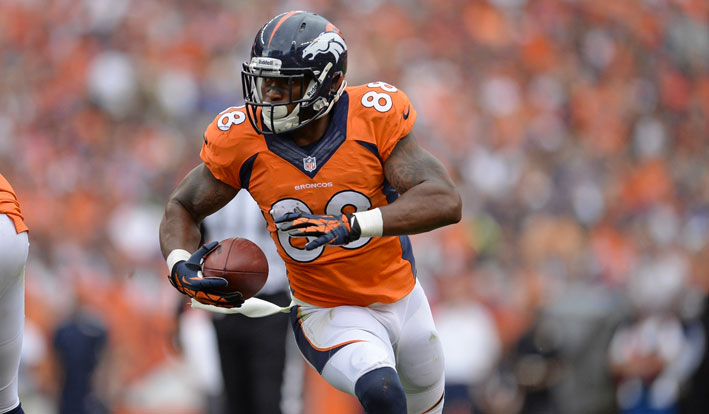