Which Dogs Are Likely to Defy the Super 50 odds?

There are more than five or six or seven markets in the NFL – there are 32 teams. That means that there are a lot of markets that aren’t in regular conversations about the title. This doesn’t mean, of course, that one of those teams listed up there will walk away with the Super Bowl. When the New York Jets upset Baltimore in Super Bowl III, the Jets hadn’t been on anyone’s radar to win the AFL and go to the championship game, but they made it anyway. When the Eagles made it to Super Bowl XV, it was a surprise to just about every prognosticator. That’s good news for the rest of the NFL odds fans, because there are a lot of good teams in this league. There are some teams out there that, if things break just right, could still be standing well into the playoffs.

No, Broadway Joe isn’t under center anymore – in fact, it seems like it’s been since then that the Jets were part of the contention conversation. Even when Mark Sanchez took them to the AFC Championship, things seemed a little bit unreal for Rex Ryan’s crew. However, the Jets now have what is probably the NFL’s best defensive secondary, and defensive strength gives even anemic offenses the chance to shine.The biggest question in New York has to do with the quarterback situation. Geno Smith is one of the more inconsistent quarterbacks in football, but he’s shown he has an upside – just look at the whipping the Jets put on the Patriots in Week 1 and the Dolphins in Week 17 last year. Clearly, there are some strengths there. We’d be surprised if the Jets turned to rookie quarterback Bryce Petty for more than mop-up work in his first season, but you just never know. This is definitely a team to watch.

Now that Rex Ryan has headed west, you know that the Bills will be defensively stout, as that is Ryan’s calling card. The offense was a little iffy, but Matt Cassel has been waiting for redemption ever since he inked that big contract in Kansas City, only to flounder. LeSean McCoy, traded to upstate New York by his formerly beloved Eagles, has a chip on his shoulder that might be bigger than Ryan’s. This is a team that could sneak up on some people. 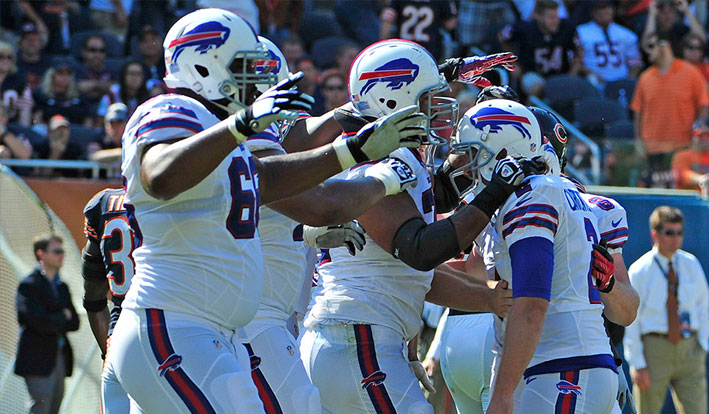 The Texans took the Cowboys to overtime last year – in Arlington. If either Ryan Mallett or Brian Hoyer can overcome reputations as quarterbacks who just aren’t quite good enough to carry a team and instead live up to the flashes of brilliance they’ve shown, then a defense that’s already stout will flourish. The running back position is already solid, and the Texans added wide receiver Jaelen Strong in the draft.

Will Nick Foles be able to succeed where Sam Bradford failed? The Rams are a tricky team, taking such teams as Seattle to the woodshed and building a 21-point advantage on Dallas before the Cowboy offense woke up. Their losses have been equally enigmatic. Choosing Todd Gurley in the first round was an inspired pick, as the Rams are committed to controlling the line of scrimmage.
Older post
Newer post