NFL News and Rumors
In this modern era where online media is king and failing to be active on social media can prove just as costly as not owning a television at your house for informational purposes, it goes without saying that owning a twitter account is a basic necessity for NFL betting enthusiasts seeking reliable sports tips and updates on various happenings in the league. You wanna get the best of the best in real-time NFL News and Headlines? If so, do not hesitate to check out and follow the Twitter handles below, which are guaranteed to keep you well-informed throughout the 2015 NFL Season and beyond:1. Adam Schefter — Insider, ESPN: Real-time updates on anything and everything related to the NFL2. Andrew Brandt — Reporter, ESPN/Sports Illustrated: A former Green Bay executive. Brandt mostly deals with business and legal commentaries related to the NFL teams.3. Dane Brugler — Senior Draft Analyst, NFLDraftScout.com/CBS Sports: A great draft analyst with years of experience on the sport.

See this a lot on college tape. OTs late and wide with their hands, expose their chest. https://t.co/9odnd60HrK 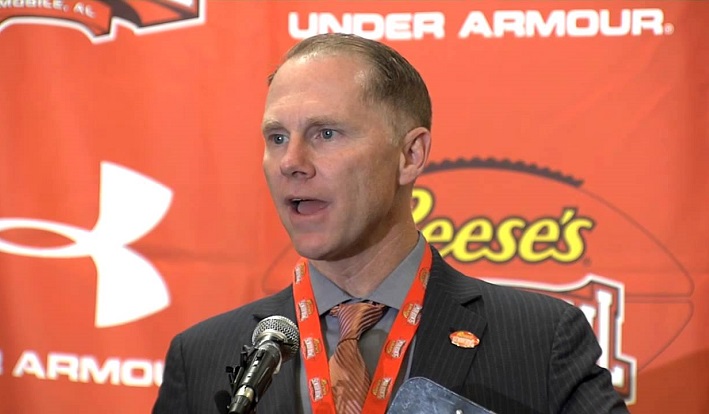 16. Phil Savage — Executive Director, Reese’s Senior Bowl: The former Cleveland Browns GM has made a name for himself an analyst on both college football and the NFL.17. Rand Getlin — Insider, Yahoo! Sports: A law graduate from the University of Southern California that boasts of matchless insights on legal or player-related issues around the NFL, as well as punitive measures for “criminals” in the league.18. Smart Football: They provide advanced analysis of plays, formations and schemes in both the NFL and college football. A great place for fine pointers on football strategies.19. Todd McShay — Analyst, ESPN: An NFL mainstay whose writing skills and live-game updates are matchless to many big-timers in this list.20. Will Brinson — NFL Analysts for CBS Sports: Real journalism right here… He covers a wide range of news with a great sense of humor on various occurrences in the NFL.Sources:Wikipedia.org (https://en.wikipedia.org/wiki/Gil_Brandt)Sports.Yahoo.com (http://sports.yahoo.com/author/rand-getlin/)
Older post
Newer post