NFL News and Rumors
Okay NFL gridiron gamblers, if you’re excited about the start of the 2015 NFL regular season and you want to get a head start on just which teams are likely to cash in early and often one Week 1 gets underway on Thursday, Sept. 10, then you’re in luck!Thanks to the trio of expert Week 1 NFL betting picks that you’re about to get, you’re going to be well on your way toward making a series of potentially winning wagers. With that said and training camp moving right along, let’s get started.

Thursday, Sept. 10NFL Odds: New England -6Over/Under: 53Analysis: I know the New England Patriots are the league’s defending Super Bowl champions, but boys are a near touchdown favorite against a very good Pittsburgh Steelers team that has its own legitimate Super Bowl title hopes coming into the 2015 regular season and rightfully so.Not only did the Steelers win the tightly-contested AFC North in 2014, but they also finished the regular season ranked second in total offense (411.1 ypg) and an identical second in passing (301.6 ypg).Veteran quarterback Ben Roethlisberger tied Drew Brees for the league passing title with 4,952 yards while tossing 32 touchdown passes and just nine interceptions. Pro Bowl receiver Antonio Brown led the league in catches and receiving yards with a whopping 129 grabs for 1, 698 yards while also finishing third in touchdowns with 14 scores to finish third behind Marshawn Lynch (17) and Dez Bryant (16).Pittsburgh also got a fantastic campaign out of gifted running back Le’veon Bell with the second-year superstar finishing second to DeMarco Murray in rushing with 1,361 yards. 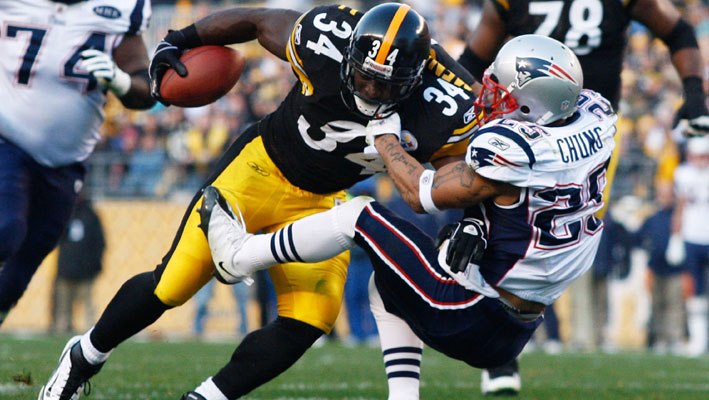 While Bell will miss this contest, it’s quite possible that Patriots quarterback Tom Bray will as well, though that issue is still up in thee air at this point. Whether Brady plays or not, I just don’t see the Pats winning this Week 1 opener by the seven points it would take to cover the 6-point spread.New England will almost certainly win double digit games for the umpteenth time this coming season, but I also expect them to take a slight step backwards defensively because of the losses of key veterans like Darrelle Revis and Vince Wilfork.Pittsburgh is 6-4 SU and ATS in its last 10 road games and 3-0 SU over their last three away dates. While New England has gone 6-4 SU and ATS in their last 10 games as a favorite of six points or less and 3-1 SU and ATS in their last five home dates against the Steelers, I still like Pittsburgh to cover the spread in this telling opener if Brady plays. If he doesn’t, I like the Steelers to win outright.The Pick: Pittsburgh Steelers +6 Points 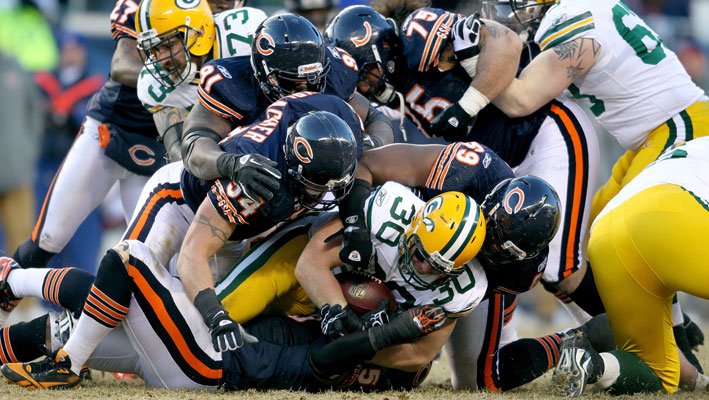 Sunday, Sep. 13NFL Odds: Green Bay -4.5 Over/Under: 50Analysis: The Green Bay Packers will enter the 2015 regular season as one of the top favorites to bring home the bacon by winning the 2016 Super Bowl while the Chicago Bears are simply hoping to get back to being a respectable team after falling completely apart a year ago.Having said that, let me also say that I am fully expecting Aaron Rodgers and company to take down Chicago and cover the NFL betting line as a 4.5-point road favorite.Here’s why.Including last season’s 38-17 road beat-down in Chi-Town, Green Bay has gone 5-0 SU and ATS in its last five road games against the Bears. Making matters worse is the fact that the Packers have cashed in each time as a road favorite, dating back to 2011. 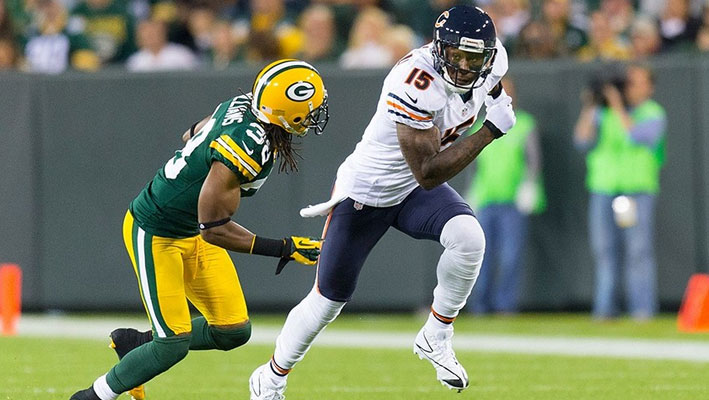 Now, I will say that I really like new Bears head coach John Fox and I believe his no-nonsense ways are just what the doctor ordered for the directionless Bears. Still, the Bears are not in the same caliber of teams as Green Bay right now, starting first and foremost at quarterback.In my estimation, Packers perennial Pro Bowler Aaron Rodgers is the best in the business while Chicago’s Jay Cutler is…well…consistently underwhelming. Rodgers finished the 2014 campaign ranked seventh in passing yards, third in touchdown passes, second in quarterback rating to bag the 2014 league MVP award. Cutler, on the other hand, finished a modest 13th in passing yards and 17th in quarterback rating while tossing a league-high 18 interceptions.Chicago is just 3-7 SU and 4-6 ATS in its L/10 home games while Green Bay has been compiled a solid 5-5 SU and ATS mark in its last 10 road games. Simple and plain, I like Aaron Rodgers to lead the Green Packers to the outright road victory and narrow ATS cover.The Pick: Green Bay Packers -4.5 Points 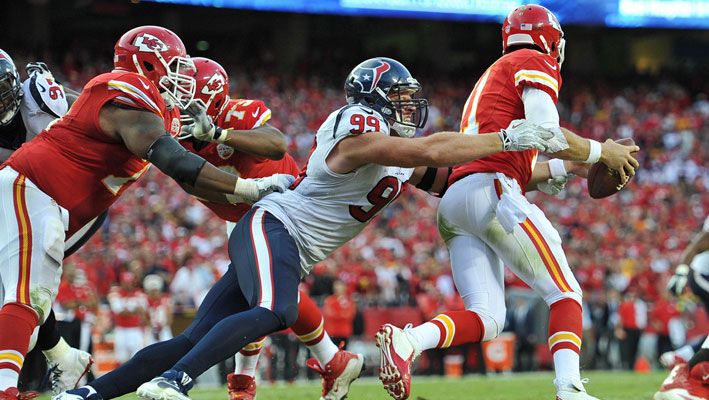 Sunday, Sep. 13NFL Odds: Houston Texans -1.5 Over/Under: 43Analysis: The Kansas City Chiefs have won 20 games under head coach Andy Reid the last two seasons and just missed out on a playoff berth last season after finishing 9-7. The Houston Texans also won a surprising nine games in head coach Bill O’Brien’s first season a year ago and have plans on taking another step forward in 2015.The Texans have the game’s best defensive player in defensive end J.J. Watt and that’s all fine and well, but what the Texans don’t have – and what they really need is a quality starting quarterback. Houston will foolishly go with mediocre veteran Brian Hoyer as their starter this coming season with Ryan Mallett and Tom Savage as the backups and that’s just not going to cut it in today’s NL if you ask me.The Kansas City Chiefs have one of the game’s best dual-threat running backs in Jamaal Charles and added another elite skill position player in veteran wide receiver Jeremy Maclin in free agency. 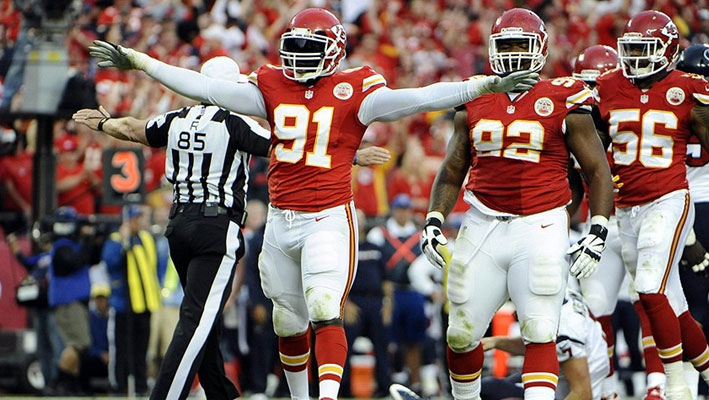 In essence, I say so what, Kansas City quarterback Alex Smith can’t throw the ball farther than five yards at a time…at least Smith is ‘super-cautious’ with the ball and doesn’t turn it over to the opposition every other series.Houston was a middle-of-the-pack kind of team offensively a year ago as they finished 17th in total offense and 14th in scoring (23.2 ppg) and I’m expecting more of the same this season – if that – after losing starting running back Arian Foster for an extended period of time.The Chiefs had their own problems scoring the ball last season – and everyone knows by now that no wide receiver caught a single touchdown pass for Kansas City last season. However, Andy Reid’s ballclub was a monster defensively as they finished second against the pass (203.2 ypg) and an identical second in points allowed (17.6 ppg).Kansas City lost its last three road games in 201 while failing to cover the spread each time out, but the Chiefs are also 3-2 SU and ATS in their last five road games as an underdog of two points or less.I’m backing Alex Smith and the Chiefs to get the outright road win over Brian Hoyer and Houston.The Pick: Kansas City 24 Houston 21 Sources:CBSSports.com: http://www.cbssports.com/nfl/eye-on-football/25207729/chiefs-wants-qb-alex-smith-to-throw-downfield-more-frequentlySteelers.com: http://www.steelers.com/news/article-1/Win-and-Steelers-are-AFC-North-Champs/ca18be6f-d78a-4758-b2c8-2285137b4d8f
Older post
Newer post