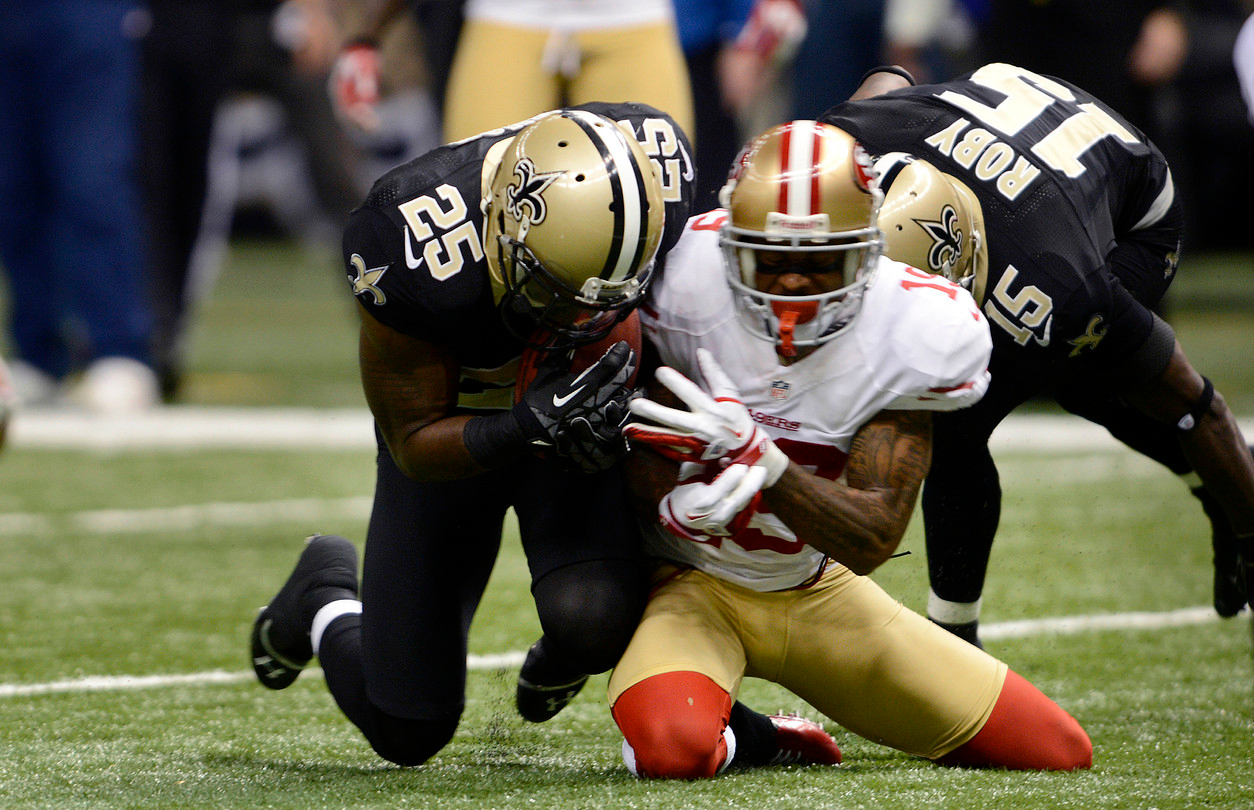 NFL News and Rumors
You look at all of the teams on paper before the season starts and determine who is likely to be among the contenders based on their perceived strengths and weaknesses. The New Orleans Saints and the San Francisco 49ers were considered by many to be among the elite in the NFC, yet both have stumbled their way to a 4-4 record at the halfway point of their seasons. The records may be the same, but how they look in their respective divisions and their respective NFL odds entering this game are a whole lot different.
Date/Time: Sunday, November 8th, 1:00 PM
Location: Mercedes-Benz Superdome, New Orleans, Louisiana Broadcast on Fox.
The NFC West is currently being dominated by the surprising Arizona Cardinals, who are sitting at 7-1. That leaves the 49ers well off the pace and very much on the outside looking in when it comes to the playoffs. There is a lot of talk in the NFL world that the Jim Harbaugh way of coaching is starting wear very thin, and that no matter what happens this season, he will be shown the door at the end of it. Losing their last 2 games is not helping the cause, as is their anemic offense, which is going to have to be a whole lot better if they are to topple  Drew Brees and company this weekend. One of the biggest surprises this season has been just how bad the NFC South is, with the performances of the Atlanta Falcons being a particular head scratcher. That the Saints are sitting atop the division with a .500 record gives you something of an indication of just how poor things are looking down south. It does look, though, as if they are ready to take a strangle hold on the division and make it theirs, as they have been pretty impressive in their past two outings, where they easily handled the Packers and the Panthers.

The 49ers will be making the long trip from out west and heading into New Orleans as 5.5-point underdogs. The 49ers are .500 across the board, going 4-4 ATS to match their win/loss record, and that includes being 2-2 ATS on the road. Similarly, the Saints are 4-4 ATS, although they do have a 2-1 ATS record in the cozy confines of their dome. These two teams have met twice in New Orleans over the past 3 seasons, with the games being split. That said, the 49ers were 2-0 ATS in those games. Game Odds: 49ERS: +5½-110, OV 49 -110, ML +215 SAINTS: -5½-110, UN 49 -110, ML -255 These are two teams that are very much heading in opposite directions. The 49ers are like a dysfunctional family at the moment, while the Saints offense is starting to play the way we all thought they would. That spells trouble for the 49ers, which are likely to lose their 3rd straight game of the season.
Older post
Newer post