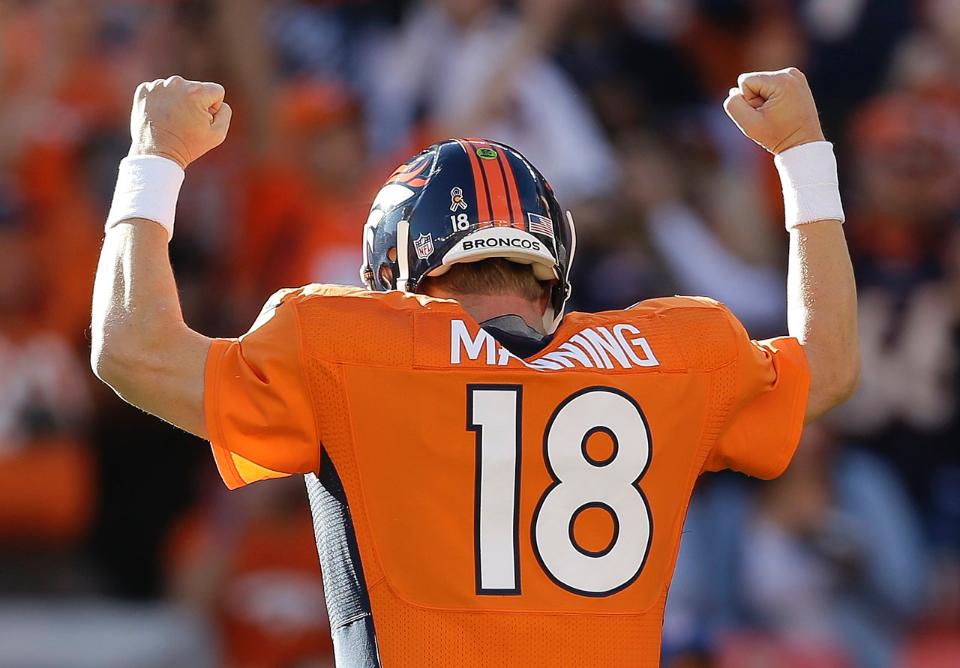 NFL News and Rumors
Much was made about the durability of Peyton Manning when he was let go by the Colts a couple of seasons ago. Many were concerned that the neck issues he had would be tough to come back from, but it’s fair to say that he has silenced those doubters. That said, there is still some doubt as to whether this Broncos team as a whole has what it takes to win the Super Bowl, especially after such a poor showing in the big game last year. The Broncos certainly look to be good enough if you look at their 7-2 record and the numbers they have put up offensively. They look great and get winning football lines on every week, but the two losses that they have taken this year have been against teams who are also very much in the Super Bowl chatter, the New England Patriots and Seattle Seahawks. It’s one thing to put up video game stats against lesser teams, but if the Broncos really want to get over the hump and deliver a championship to the Mile High City, they are going to have to play up to the level of their opposition.
Date/Time: Sunday, November 16th, 1:00 PM
Location: Edward Jones Dome, St. Louis, Missouri
You would not think that the Broncos will have too much to worry about this weekend against the St. Louis Rams, as they are in the midst of a rather unhappy season. They were always going to be up against it after losing QB Sam Bradford for the season in exhibition play, but their struggles on offense have gone well beyond what anyone thought they would be. In the last three games alone, they have only managed to put 34 points on the board. That said, they have been strangely competitive against better teams, recently knocking of the Seahawks and the 49ers.

BETTING ODDSThe Broncos go into St. Louis as 9.5-point favorites in games that many are expecting them to win going away. The have been less than impressive ATS this season, though, especially on the road where they are just 2-2. St. Louis have been even worse against the spread, and are in fact only 1-3 ATS at home this season.Game Odds:BRONCOS: -9½-110, OV 50 ½ -110, ML -460RAMS: +9½-110, UN 50 ½ -110, ML +360The statistics and trends would suggest that the Broncos should roll all over the Rams, but this is one of those hunch games that I get a little feeling about. The Rams have a habit of playing to the level of the opposition, and while I think they will lose, I also think they will cover the game spread.
Older post
Newer post