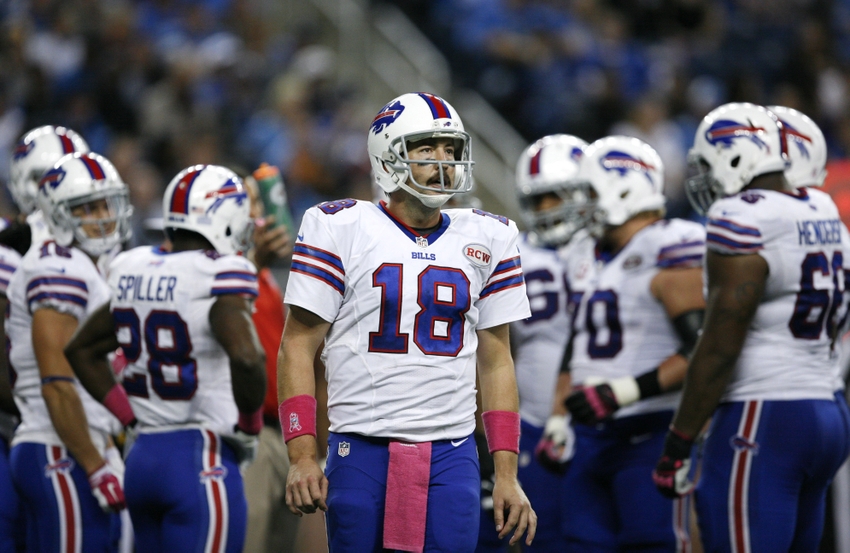 NFL News and Rumors
It’s beginning to look as though the AFC East is now very much under the control of the New England Patriots. The chances of them slipping up and relinquishing their lead there now look pretty slim. What that means is that the Miami Dolphins and Buffalo Bills, both of whom are currently sitting at 5-4, are going to have to find a way into the playoffs via the Wild Card. These two meet up on the opening of Week 11, with the winner getting a definite leg-up in that postseason quest. Who’s the favorite to win this match? Let’s fond out in the next analysis, and review the NFL Thursday Night Football odds for this match.
Date/Time: Thursday, November 13th, 8:25 PM
Location: Sun Life Stadium, Miami Gardens, Florida
The Miami Dolphins will have the home field edge here, but they are going to have to find a way to shake off a heartbreaking loss to the surging Detroit Lions. If they can take any solace from that defeat, it’s that Detroit have made a habit of coming from behind and winning late. What the Dolphins need to do is look at how well they played in the three games prior to that loss, which is where they were able to revive a season that was beginning to look lost. What really stands out in those three wins is that they only turned the ball over once, whilst taking it away 10 times. If they can get back to that sort of football, there is no reason why they can’t win here.The Buffalo Bills are coming off a tough loss of their own, falling to the Kansas City Chiefs last weekend after winning two straight. In fairness to the Bills, they have been winning with smoke and mirrors, especially when you consider how beat up their offense is, with the running back position hit the hardest of all. Lamar Miller may be back in the fold for this game, but there are still sure to be concerns on how well his shoulder will be able to hold up in what is sure to be a hard-hitting affair.BETTING ODDSThe home field advantage sees Miami installed as a 6-point favorite here, and while they are only 5-4 ATS this season, they are 3-1 ATS when coming in as a favorite. They are also 4-2 ATS against conference foes, whilst going 1-1 versus division rivals.

The Buffalo Bills come in with a 4-5 ATS mark this season, but they have managed to cover three times as the underdog on the road. These two have met twice over the past 3 seasons in Miami, with the straight up and ATS records split right down the middle.Game Odds:BILLS:  +6-110,  OV 42 -110, ML +210DOLPHINS: -6-110, UN 42 -110, ML -250The lack of a running game is beginning to catch up to the Bills, and they are going to have to throw to be effective. If Miami can get back to playing that takeaway ball that they did so well in recent weeks, the Bills could be in trouble. That is why I think the Dolphins have a better chance to claim the win and chase the Patriots in the AFC East.
Older post
Newer post