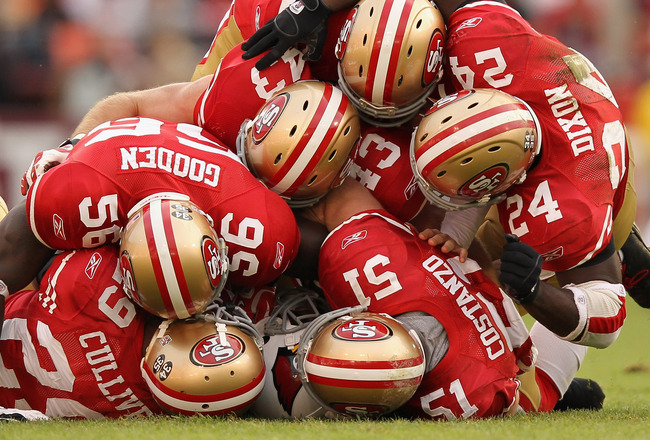 NFL News and Rumors
When the regular season ends and people look back on how the NFC West was won, there is a chance that many will point to Thanksgiving Day as the point when things started to become a little clearer. It looked for a while as though the Arizona Cardinals were going to run away with the division, but a season-ending injury to Carson Palmer and a loss to the Seattle Seahawks has out things in doubt. Now the Seahawks and the 49ers are breathing down their necks, and that breath will get a little warmer when one of those two beats the other on Thursday night. We bring you the very close but relevant NFC West NFL Odds for this Thanksgiving match. The Super Bowl Champion Seattle Seahawks helped their cause greatly last weekend when they played some stifling defense to soundly beat the Arizona Cardinals. It was as close as you get to a do or die game for them, and the Seahawks responded brilliantly. It was also a great way to rebound after losing a tough one to Kansas City the week before. The Seahawks have now won 3 of their last 4 games, but that could all mean nothing if they lose to the 49ers on Thursday. San Francisco are quietly going about their business, winning three in a row to take their record to 7-4 on the season. They have had a number of distractions to deal with throughout the year, the biggest of which has to be about the future of Coach Jim Harbaugh. All signs point to him being gone at the end of the year, yet the team seems to be rallying around him and finding ways to win. They are keeping it close, though, as their last three wins have been by a total of just 13 points. This is not a team designed to blow anyone out, so opponents need to keep them close at their own peril.

SEAHAWKS: +1½-110 49ERS:-1½-110 The Seattle Seahawks have always made hay at home, and struggled a little on the road. It is their travel woes that see them as 1.5-point dogs for this one. The 49ers are just 6-5 ATS this season, which includes being 2-3 ATS at home. They are just 5-4 ATS as a favorite, and 1-2 ATS versus division opponents. The Seahawks have underwhelmed in a lot of categories this season, and are just 5-6 ATS. All of the stats look mediocre until you look at their ATS record versus conference opponents over the past three seasons, which is 24-11. Going back the past three seasons, these two teams have played twice in San Francisco. The 49ers have won both of those games, but Seattle covered both. I think the Seahawks get the win in this one, which of course means that they cover, too.
Older post
Newer post