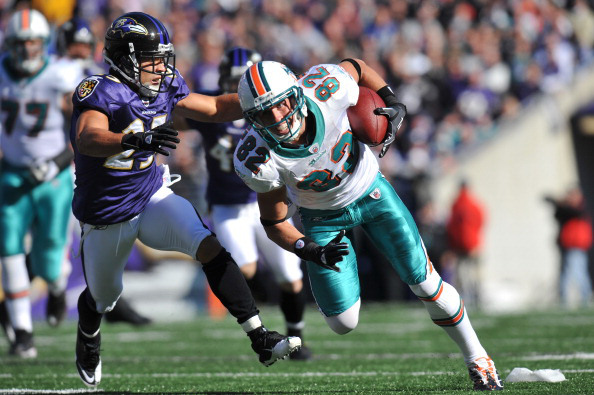 Written by Jordan Walters on December 5, 2014

NFL News and Rumors
The race for the Wild Card spots is beginning to heat up, with a number of teams sitting on the outside with a 7-5 record. Any loss at this point in the season is almost the equivalent of an elimination game, which makes the match-up between the Miami Dolphins and Baltimore Ravens all the more important. Our Football odds for this crucial game are favoring the Dolphins… Are you going for the dog or for the favorite?Venue: Sun Life Stadium, Miami Gardens, FloridaDate: Sunday, December 7, 2014Time: 1:00 PM ETTV: CBSBaltimore still has to be smarting after letting a win slip between their fingers last weekend against the San Diego Chargers. The Ravens have now lost 3 of their last 5, and while they still have a legitimate shot at winning the AFC North, those chances become a little slimmer with each and every loss. Their biggest problem has been their defense against the pass, which was all too clearly on display in letting the Chargers march down the field last weekend to score the winning TD with just seconds left on the clock.

"We're going to be ready to play this football game on Sunday." 1-on-1 with Pouncey: http://t.co/pXchs6bVYr pic.twitter.com/j48kFWwHQm

The Dolphins have hauled themselves right back into the playoff hunt, going 5-2 in their last 7 games, although it’s fair to say that they have not been particularly dominating during that stretch. That said, they are finding ways to win games despite being pretty ineffective when running the ball. They are likely to have the same issues this weekend against a Raven defense that is pretty stifling against the run. Being forced to throw the ball against the Ravens is not necessarily a bad thing, though, as we have already discussed.

The Dolphins are a slight 2.5-point home favorite for this match-up. They are currently 7-5 ATS on the season, and are 6-3 ATS versus conference opponents. Furthermore, they are 4-2 ATS when being placed as a favorite.The Ravens are 7-5 ATS, but where they have fallen short is against conference foes, where they are just 3-5 ATS. These two teams have only met once over the past three seasons, and it was Baltimore who prevailed SU and ATS.GAME ODDS:RAVENS:+2½-105DOLPHINS:-2½-115I expect this one to be a close affair, with a TD win the most likely outcome. Home field advantage means a lot in the NFL, which is why I like the Dolphins -2.5.
Older post
Newer post