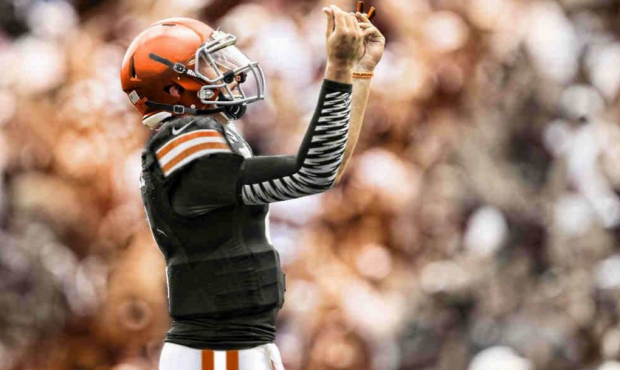 NFL News and Rumors
The AFC North has been arguably the most competitive division in all of football this season. You have all 4 teams sitting above .500, with each of them still in with a shot at the division crown and the automatic playoff berth that comes with it. The Bengals and Browns meet up in Cleveland this weekend in what basically amounts to an elimination game for the home team. As you may know, Manziel is starting the Browns on this very tight match, can he improve the Cleveland’s  football odds of winning? Find out bellow!Date/Time: Sunday, December 14, 1:00 PMLocationFirstEnergy Stadium, Cleveland, OhioThe Cleveland Browns have been one of the biggest surprises in the league this season, but they have almost being doing it with smoke and mirrors. The numbers for QB Brian Hoyer have not been great, but the team has been opportunistic on defense all year. They found ways to win early on in the season, but that has been eluding them as of late, as they have lost 3 of their last 4. The play of Hoyer has been particularly poor during that stretch, which is why it looks as though Johnny Manziel is going to be getting his first NFL start this weekend. The Bengals are a team that are likely to still be reeling after getting thumped at home by the Pittsburgh Steelers last weekend. The grasp they have on the division is tenuous at best, and another loss this weekend may see them relinquish it. This is a team that has also been relying on defense for most of the season, with the offense delivering diminishing returns in recent weeks.Even when the Browns were bad, it was never easy to take a trip to Paul Brown Stadium, and it’s going to be even more difficult this weekend, as the fans are sure to be hyped up about the inclusion of Johnny Football in the starting line-up.

The bookies have this down as a tight one, with the majority seeing it as a pick play. The Bengals have been a team to avoid in betting this season, going 6-6 ATS. They have now failed to cover in each of their last two games.The Browns are 7-5 ATS this season, with their best stat perhaps being the 3-1 ATS mark they have posted against division opponents. Going back the last three seasons, the Browns are 2-0 SU and ATS when hosting the Cincinnati Bengals.

GAME ODDS:BENGALS:+1-110BROWNS:-1-110I really think that the Browns will get a lift from having Manziel behind center. Whether he lives up to that hype remains to be see, but I still think the Browns pull this one out by the very slimmest of margins.
Older post
Newer post