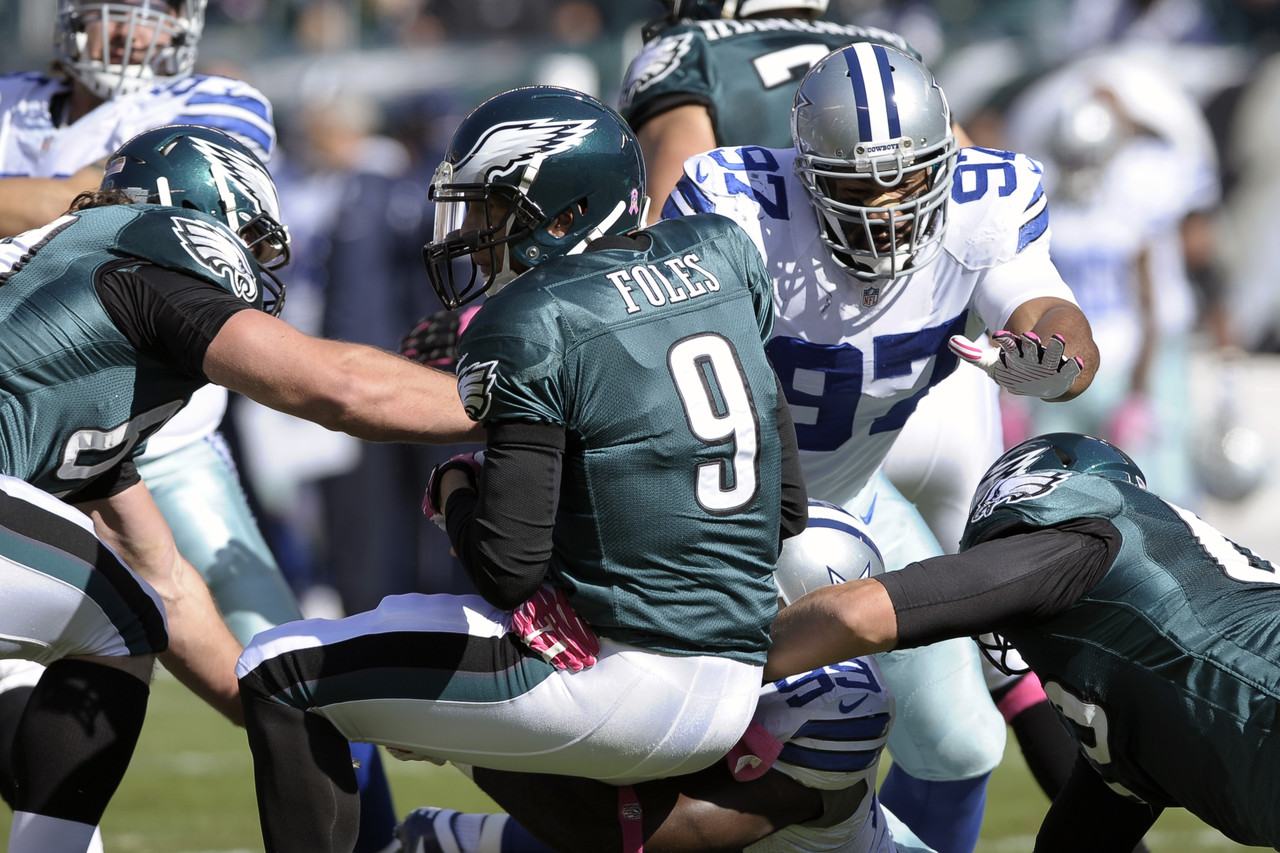 NFL News and Rumors
The prime time game on Sunday night is one that has everyone rubbing their hands in anticipation, as the Dallas Cowboys and Philadelphia Eagles square off in an NFC East match-up that could go a long way towards deciding which of those two wins the division and gets the automatic entry into postseason play. The division certainly tightened up again last weekend thanks to a Cowboys win and an Eagles loss, which makes this game even more intriguing. From a pure NFL betting perspective, Philadelphia’s loss was particularly galling, as they were pretty much manhandled by a Seahawks team that they are more than likely going to have to go through in the playoffs if they want to make a run at the Super Bowl. The Eagles offense was held to a season low 14 points in that game, and was only able to put together 270 yards of total offense. Those are number that the Eagles have just not been used to this season, and which will have to be improved on of they are to beat Dallas. Date/Time: Sunday, December 14th, 8:30 PM Location: Lincoln Financial Field, Philadelphia, Pennsylvania The Cowboys were able to bounce back nicely from the beating they took versus the Eagles a couple of weeks ago. The offense was firing on all cylinders, as they blew the doors off the Chicago Bear defense in a dominating 41-28 win. As nice as that win was, there are still some genuine concerns about the health of QB Tony Romo, with reports surfacing that he is playing with fractured bones in his back, as well as a rib injury. They are going to need him at as close to 100% as possible, especially if the Eagles can shut down DeMarco Murray on the ground.

BETTING ODDS Despite the fact that the last meeting between these two was a blowout, the bookies only have the Eagles as a 3-point favorite. Philly are 8-5 ATS one the season, which includes being a pretty healthy 5-2 ATS at home. The Cowboys are just 7-6 ATS this season, but they have performed well as the underdog, going 3-1 ATS this year. While the Eagles dominated in Dallas a couple of weeks ago, it is the Cowboys who have the better record over the past three season. In games played in Philly during that period, the Cowboys are 2-0 SU and ATS. Game Odds: COWBOYS: +3EV, OV 55 -110, ML +150 EAGLES: -3-120, UN 55 -110, ML -170 This has the potential to be the game of the week, especially with the division hanging in the balance. My major concern here is the health of Romo, and it’s enough to steer me in the direction of the Eagles and a cover of the 3 points.
Older post
Newer post