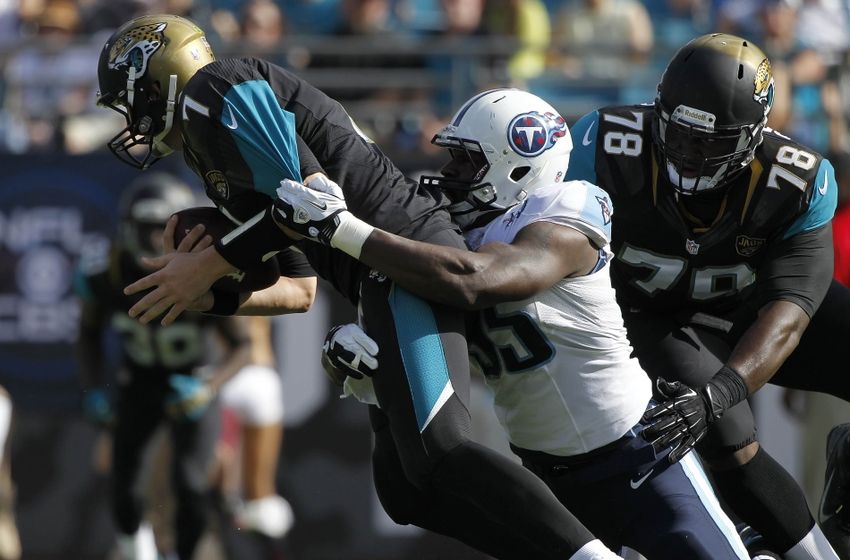 NFL News and Rumors
There is a battle that rages every year in the NFL, but it’s not one that any fan will ever admit to being proud of. We are, of course, talking about the season long race to have the worst record in the league, which in turn means having a shot at the top prospect in the draft next year. There are a few teams vying for that less than coveted bottom ranking this season, and a pair of them meet up on Thursday night. The NFL lines favored the Jaguars over the Titans, lets find out whyDate/Time: Thursday, December 18, 8:25 PMLocation: EverBank Field, Jacksonville, FloridaEveryone expected the Jacksonville Jaguars to be bad this season, and they have certainly not disappointed in that regard. They knew pretty early on that this season was going to be a wash, which is why they decided to let rookie QB Blake Bortles take the reins. You might as well have a look to see exactly what you got in last year’s draft, but it’s hard to judge the kid when he really has no supporting cast of any kind. The Jaguars have only managed to put 211 points on the board all season, a league worst, whilst also giving up 376 points along the way.Their opponents on Thursday night are the division rival Tennessee Titans, who come into this one with a matching 2-12 record. Their stats are eerily similar to that of the Jaguars, as they have scored 231 points while giving up 390. The Titans are currently in the midst of an 8-game losing streak that has the potential to hit double digits before the season is over. You know you are a bad team when you are only able to put 11 points on the board versus the New York Jets, which is what Tennessee did last weekend.

The Jaguars have been installed as 3-point favorites for this one. Both of the games that they have won this season have come at home, and they did manage to cover in the only game this season where the line fell in the +3 to -3 mark. The Jags overall mark ATS this season sits at 4-9-1.The Titans are a miserable 3-10 ATS this season, going 2-5 ATS on the road. In the meeting between these two earlier in the season, it was the Titans who were able to come up with the 16-14 win at home. The teams have split the 2 games played in Jacksonville over the past three seasons.

TITANS: +3-115, OV 41 -110JAGUARS: –3-105, UN 41 -110Picking the winner of this one is akin to picking the lesser of two evils. I expect this to be a low scoring affair, and I also think that the Jags will get revenge for the loss to Tennessee earlier in the season. I am taking Jacksonville -3.
Older post
Newer post