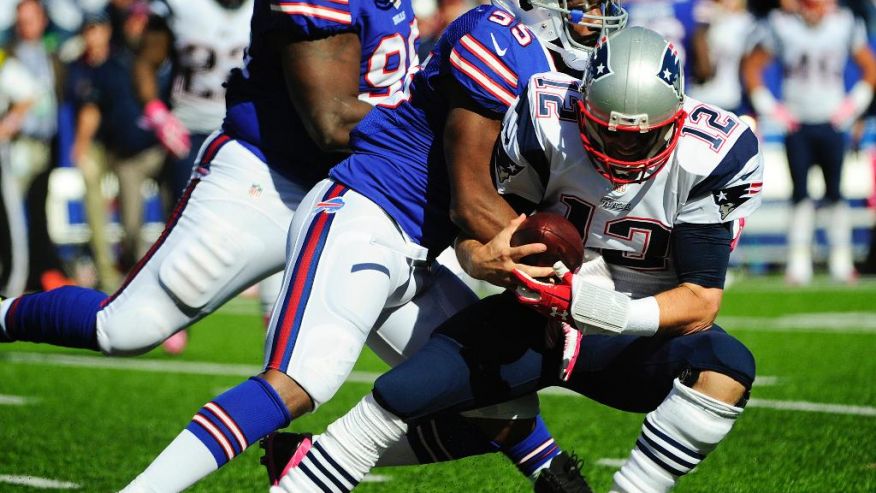 NFL News and Rumors
The NFL season is short when compared to all the other major sports, but the punishment delivered to the body during that time is incredible. Coaches do all that they can to limit that pain and look after their players, but doing so can often come at a cost. How many times have you seen coaches rest players in the final week before heading into the playoff bye week, only to have those rested players come out looking flat when it matters most? Despite who’s in or who’s out for this game, the Patriots still a betting favorite on week 17, listed at -4.5 points according to the latest NFL lines.Date/Time: December 28th, 1:00 PMLocation: Gillette Stadium, Foxborough, MassachusettsThis is something that Bill Bellicheck is going to have to address this weekend when the Patriots face the Buffalo Bills. The division was locked up long ago, and the Pats already know they will get a week off once the playoffs start. They have a number of guys who are questionable for this coming weekend, and most of them will probably sit and be given the opportunity to heal. What about the main players, though. Do Brady and Gronkowski take a seat, or does Bellicheck give them at least a little bit of work in order to keep them a little fresh? We’ll find out once the game kicks off.

With new ownership in place, you can bet that the Bills players will be going all out to impress. There are often sweeping changes made when new owners come in, which means many of the players on the Buffalo squad are playing for a spot on the team next season. Buffalo does deserve some credit for their 8-7 record this season, as they have been hard hit by injuries, especially at the running back position. If they can finish 2 games over .500, you have to feel as though they will head into the off-season feeling pretty good about themselves.BETTING ODDSThe Patriots have been perfect at home this season, so it isn’t really a huge surprise to see them as a 5-point favorite here. They are 9-6 ATS this year, and are 5-2 ATS at home. They have not been as dominant versus division opponents, going just 3-2 ATS. Buffalo are just 8-7 ATS this season, but have done well as an underdog, going 5-2 ATS on those games. It was the Patriots who ran out as comfortable 37-22 winners in the previous meeting versus the Bills this season.Betting OddsBILLS: +4½-110, OV 44 -110, ML +190PATRIOTS: -4½-110, UN 44 -110, ML -230Even if the Patriots do play it safe and rest some key starters, they should still be plenty good enough to get the job done at home. I see them coming out as double digit winners in this one.
Older post
Newer post