NFL News and Rumors
If you’re getting prepared for the start of the upcoming 2015 football preseason and you’re looking for some expert gridiron NFL betting information, then you’re going to enjoy the full slate of Week 3 preseason picks that you’re about to get.The good news for NFL betting enthusiasts everywhere is that Week 3of the annual preseason period also represents the start of some ‘real’ football as every team generally plays their starters for the vast majority of the games.Keep in mind, each of the following picks represents a straight-up (SU) selection as no point spreads were available at the time of this writing.

Friday, August 28New England at Carolina 7:30 PM ETAnalysis: The Patriots will probably play backup Jimmy Garoppolo lot more than they normally would with Tom Brady looking at a regular season suspension for his role in Deflategate. Carolina is playing at home in this contest an I expect the Panthers to go all-out behind Cam Newton and the first stringers in order to get this confidence-boosting win. I like Carolina for the convincing home win.The Pick: Carolina 27 New England 17Detroit at Jacksonville 8:00 PM ETAnalysis: Despite being on the road in this Week 3 preseason matchup, I think the Detroit Lions are the easy pick to get the solid road win. While Detroit lost All-Pro defensive lineman Ndamukong Suh in free agency, the Lions still have far more talent on their roster than the young Jaguars. I really like second-year Jacksonville quarterback Blake Bortles, but Matthew Stafford and Detroit’s explosive offense will put their fair share of points on the board in order to beat the Jags.The Pick: Detroit 31 Jacksonville 20Tennessee at Kansas City 8:00 PM ETAnalysis: No.2 overall draft pick Marcus Mariota will get his fair share of national headline because of his draft status, but the Chiefs are the easy pick to win this contest at home in my estimation. Kansas City is looking to get back in the postseason after falling just short in 2014 and their first-teamers will want to put on a solid performance in their most meaningful matchup of the scrimmage season.The Pick: Chiefs 30 Titans 21 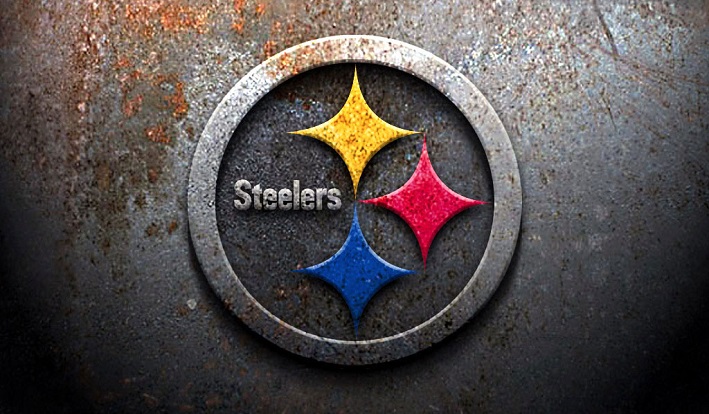 Saturday, August 29Pittsburgh at Buffalo 4:00 PM ETAnalysis: I like both of these teams as they get set for their 2015 seasons, but for this matchup, I’m going with the Steelers to get the narrow road win.I expect a rebuilt Buffalo ballclub to be one of the best in the league defensively and I also see them finishing as a top fie rushing team behind newly-acquired Pro Bowl running back LeSean McCoy. However, I also believe the Bills could have trouble with enigmatic quarterback E.J. Manuel scheduled to start.Led by their terrific trio of Ben Roethlisberger, Antonio Brown and Le’Veon Bell, Pittsburgh looks like one of the best Super Bowl title contenders in the AFC in 2015 and I expect them to show it in this intriguing affair by getting the narrow road win.The Pick: Steelers 20 Bills 17Atlanta at Miami 7:00 PM ETAnalysis: Maybe it’s me, but I’m taking Matt Ryan over Ryan Tannehill every day of the week people. Miami paid Tannehill this offseason like he’s a superstar, but he’s not quite there if you ask me. I like Atlanta’s new mindset under former Seahawks defensive coordinator Dan Quinn and I believe the Falcons are going to simply put a few more points on the board than the offensively-challenged Dolphins.The Pick: Falcons 24 Dolphins 21Cleveland at Tampa Bay 7:00 PM ETAnalysis: The Tampa Bay Buccaneers and Cleveland Browns are both rebuilding, but I’d much rather rebuild with Lovie Smith and Jameis Winston than Mike Pettine and Josh McCown. I suspect that Winston and the Bucs will be fired up to get the home win in this contest.The Pick: Tampa Bay 21 Cleveland 17 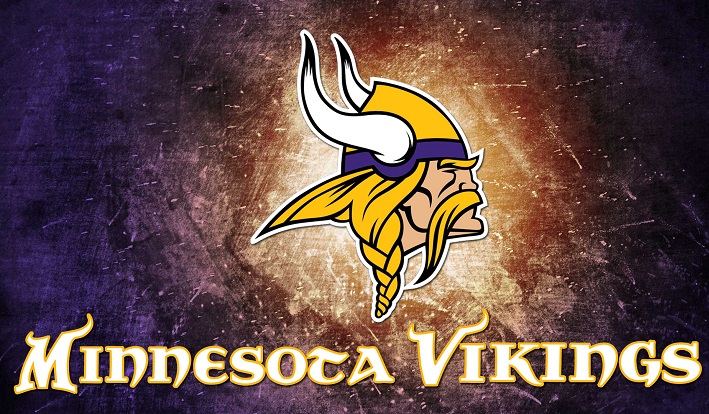 Minnesota at Dallas 7:00 PM ETAnalysis: The Vikings found their franchise quarterback in Teddy Bridgewater, but until running back Adrian Peterson is happy, I don’t think the Vikes are ever going to reach their full potential. While the Cowboys were very foolish in letting running back DeMarco Murray bolt in free agency, Dallas is a bit more mature and experienced than Minnesota at this point. I like Tony Romo and Dez Bryant to lead the Boys to the narrow road win by making a couple of huge plays.The Pick: Dallas 27 Minnesota 24NY Jets at NY Giants 7:00 PM ETAnalysis: The New York Giants may have missed out on the playoffs a year ago, but they do have an elite quarterback in Eli Manning and the game’s best young wide receiver in Odell Beckham Jr. Keep it simple and back the G-Men to get the win by harassing mediocre Jets starter Geno Smith into at least one costly turnover.The Pick: Giants 23 Jets 14Chicago at Cincinnati 7:30 PM ETAnalysis: The Chicago Bears made a great hire by nabbing John Fox in the offseason, but as long as they continue to stick with underachieving quarterback Jay Cutler, there’s just no way I can bring myself to advise anyone to bet on the Bears.The Pick: Cincinnati 28 Chicago 21Washington at Baltimore 7:30 PM ETAnalysis: RGIII and the Washington Redskins are trying to get back on track in 2015, but I’m not sure that Jay Gruden is the guy to lead them where they want to go. The Baltimore Ravens, on the other hand, have Super Bowl aspirations – and a quarterback that can lead them where they want to go.The Pick: Baltimore 30 Washington 24 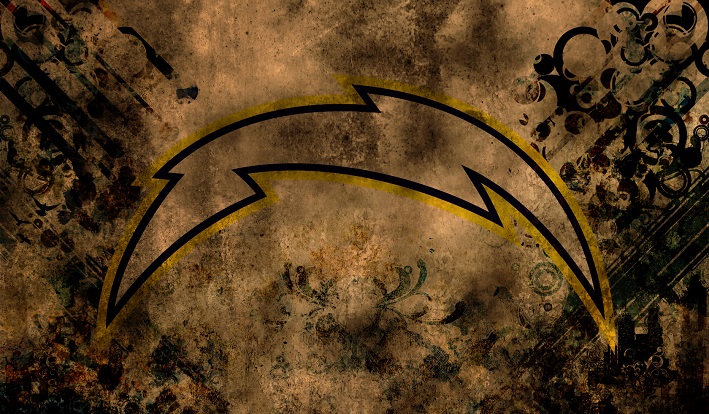 Seattle at San Diego 8:00 PM ETAnalysis: I expect the Seattle Seahawks to contend for another Super Bowl appearance in 2015, but Philip Rivers and the San Diego Chargers have a way of surprising when you least expect it…well, generally before letting you down at some point that is. Anyway, I suspect the Bolts will be going all-out a lot more than the Seahawks to get the ‘W’ in this Week 3 preseason matchup.The Pick: Chargers 27 Seahawks 20Philadelphia at Green Bay 8:00 PM ETAnalysis: Let’s see, the Packers have all-world quarterback Aaron Rodgers leading them while Philly will counter with its quarterback quartet of Sam Bradford, Mark Sanchez, Matt Barkley and Tim Tebow. I don’t think it takes a rocket scientist to figure out that the Packers are going to get the win in this one.The Pick: Packers 34 Eagles 24Indianapolis at St. Louis 8:00 PM ETAnalysis: The St. Louis Rams made a nice trade in getting rid of oft-injured Sam Bradford and replacing him with former Eagles starter Nick Foles and I think they’re going to go after this win a lot more than Andrew Luck and the Super Bowl hopeful Indianapolis Colts.The Pick: Rams 27 Colts 24San Francisco at Denver 9:00 PM ETAnalysis: The Broncos parted ways with John Fox and brought in offensive-minded former Houston Texans head coach and former John Elway backup Gary Kubiak to lead Denver in a new direction. I’m expecting a far more offensively-balanced Broncos team in 2015 than the pass-heavy Peyton Manning teams we’ve seen throughout his career. The San Francisco 49ers owners will rue the day they basically jettisoned outstanding former head coach Jim Harbaugh.The Pick: Broncos 31 49ers 20 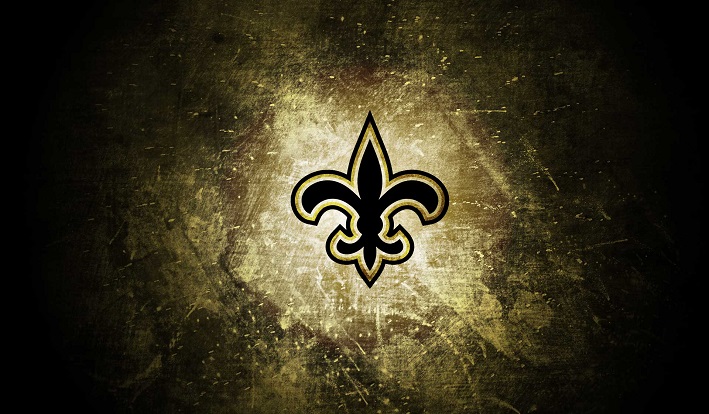 Sunday, August 30Houston at New Orleans 4:00 PM ETAnalysis: I really like Houston Texans head coach Bill O’Brien, but I wish someone would tell him that, in order to really succeed, he needs a legitimate starting quarterback!The Pick: Saints 28 Texans 20Arizona at Oakland 8:00 PM ETAnalysis: From where I’m sitting, the Arizona Cardinals are looking like a team set to take a step backwards in 2015 after losing defensive coordinator Todd Bowles and quarterback Carson Palmer late last season. Conversely, the Oakland Raiders are a team suddenly heading in the right direction after drafting Derek Carr and Amari Cooper and hiring widely-respected head coach Jack Del Rio. I like the Raiders to get the ‘W’.The Pick: Oakland 27 Arizona 21Source:NFL.com (http://www.nfl.com/player/mattryan/310/profile)Wikipedia.org (https://en.wikipedia.org/wiki/Jack_Del_Rio)
Older post
Newer post