NFL News and Rumors
Buoyed by their first win of the season that came in Week 3, the New York Giants are sure to travel to the Ralph Wilson Stadium in search of nothing less than another win against the Buffalo Bills this Sunday. That is however easier said than done, as they’ll be facing a Buffalo team that is coming off an equally morale-boosting Week 3 victory over division rivals, the Miami Dolphins, and is hoping to stay a little longer on the winning column. This sets up an exciting NFL lines clash that is likely to go down to the wire in the fourth quarter. When it’s all said and done, who will be emerging on the victorious end?  Let’s find out, as we take a look at the game preview and analysis specially prepared for you below. 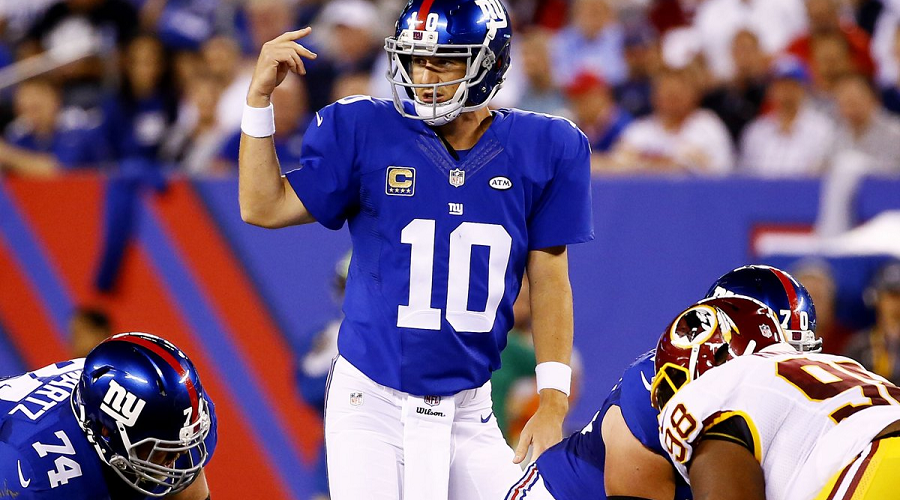 Beating the Redskins 32-21 was a largely commendable performance from the Giants, who’d twice shot themselves in the fourth quarter against the Falcons and Cowboys and lost games that they’d have easily won. QB Eli Manning was the star of last Thursday’s show, as he connected with Reuben Randle and Odell Beckham Jr. on two TD passes, while he finished the game with 279 yards on 23 of 32 passing. Outside the touchdown receptions, Randle and Beckham were efficient in moving the ball, finishing with 116 and 79 yards, respectively. 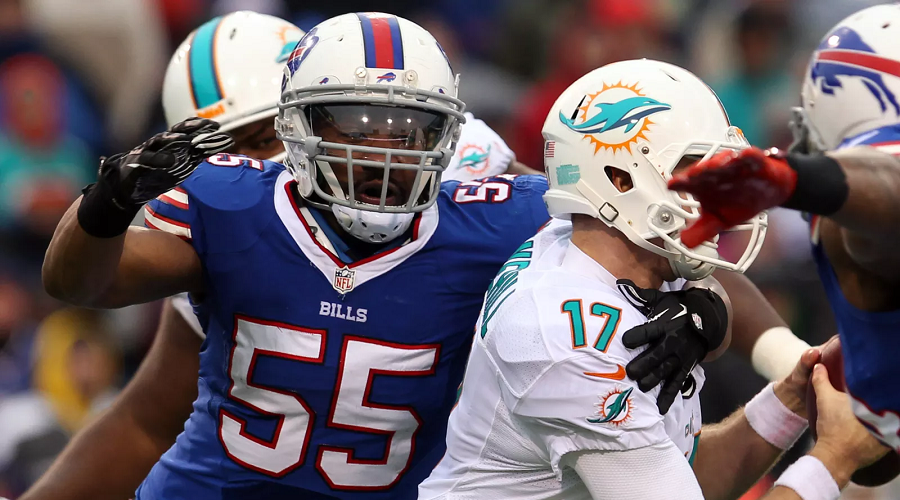 Unfortunately, Manning and his receivers will be facing a terrific Buffalo defense that surrendered just 14 points against Ryan Tannehill and his talented Buffalo offense. After star QBs Tom Brady and Andrew Luck also struggled to breach this defense in Week 1 and 2, there’s no doubt that Manning and his shaky O-line will be in for a tougher night than last week’s game against Washington. RBs Andre Williams and Rashad Jennings have also not been in their effective self, something that invites more trouble to New York’s offense from Buffalo’s stellar front four. 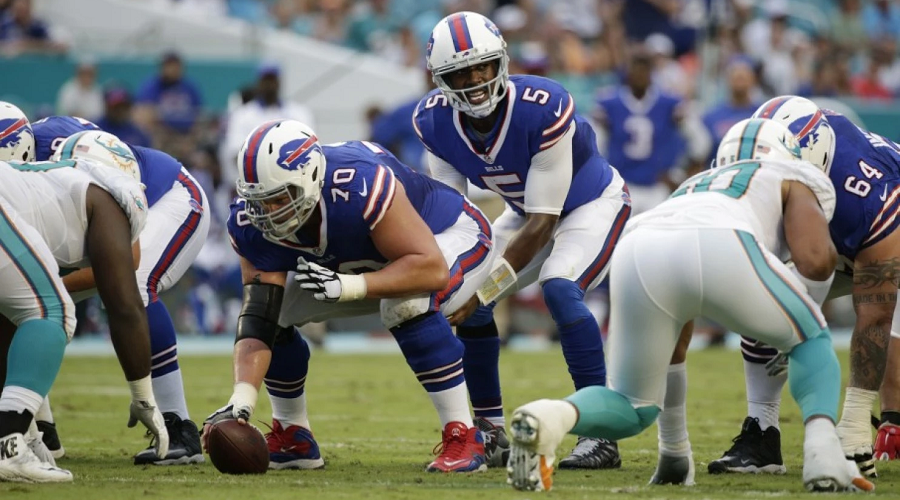 Just about the only saving grace for New York is that a number of Buffalo’s key pieces in the secondary (like Leodis McKelvin, Aaron Williams and Ronald Darby) are nursing injuries. If Manning and his unit can find ways of exploiting such holes, the Giants could be able to push the Bills harder than the Dolphins did last week. On the flipside, Buffalo’s QB Tyrod Taylor continued to prove why he was worthy of being named as the team’s starter, as he passed for 277 yards and 3 TDs in his first-ever NFL road start. He finished the game with an impressive quarterback rating of 136.7 and led the Bills to a praiseworthy 41-14 win over Miami. With the entire Buffalo supporting him this Sunday, the ceiling of expectations couldn’t be any higher for Taylor’s performance. 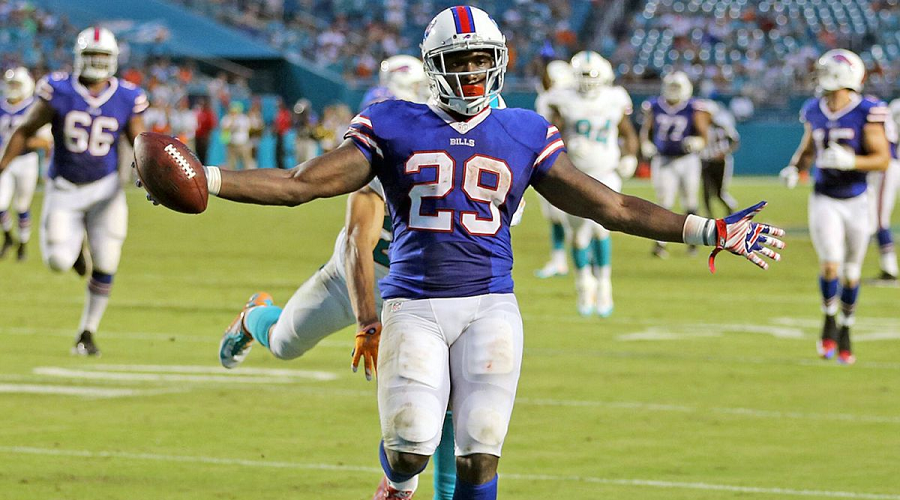 A healthy LeSean McCoy could have been a crucial piece for Rex Ryan’s team this week, but with the star RB set to be sidelined due to a hamstring injury that has limited his efficiency this season, the Bills will be looking up to rookie Karlos Williams to fill the gap. Having gained 110 yards on 12 carries against Miami last week, including a splendid 41-yard touchdown run in the fourth quarter, it’s safe to say that New York’s defense won’t be having it any lighter even  in the absence of McCoy. Apart from LB Uani Unga and S Landon Collins, the Giants’ defense has been pretty mediocre, with the absence of Jason Pierre-Paul and his leading pass rush services looking costlier than ever. 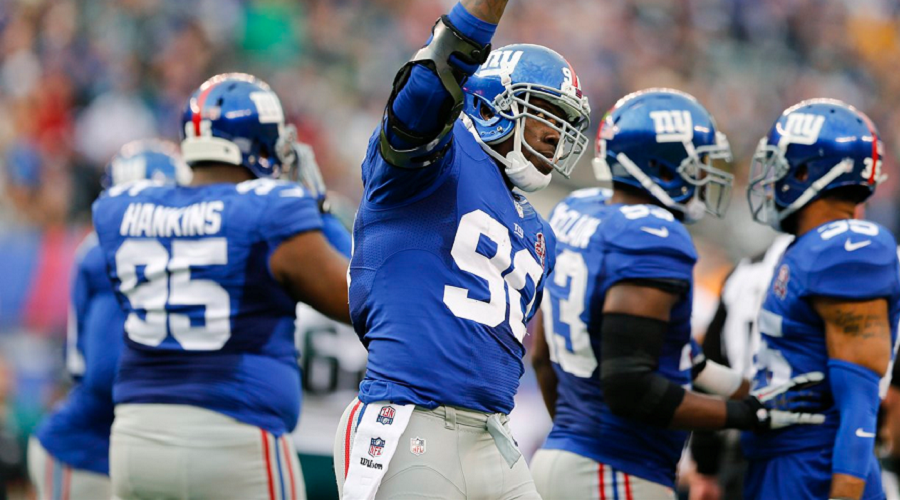