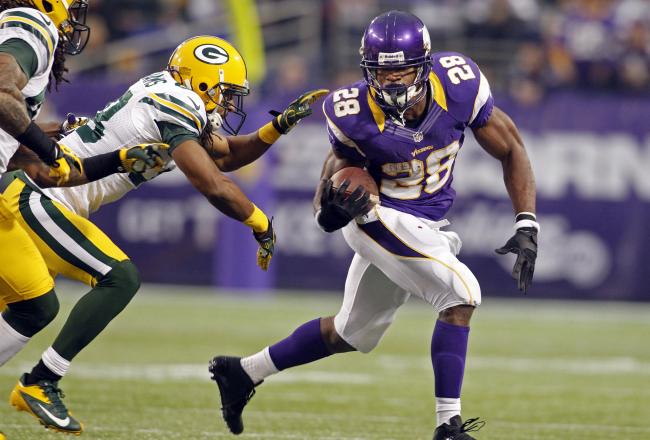 NFL News and Rumors
Week 5 of the NFL is upon us, and there is a great opening match-up to look forward to. The past 4 NFL Thursday Night Football games brought many surprises. Last week the Giants demolished the Redskins on the road 45-14, On Week 3 the Tampa Bay Bucs got their third straight loss of the season in a lopsided 56-14 loss to Atlanta. Week 2 featured the Ravens beating the Steelers at home 26-6. So as you can see, the value on TNF games is high, and the NFL betting odds on this coming game won’t be the exception. This time we’ll see two teams that genuinely don’t like each other squaring off in a divisional clash that promises to be a great one. The Minnesota Vikings, fresh off a pounding of the Atlanta Falcons, head into legendary Lambeau Field to take on a Packers team that finally put things in order and that now looks as a true contender in the NFC North.

Both teams had ups and downs in the first four weeks of the season. The Packers were in real trouble heading into Week 4, sitting at 1-2 and firing blanks on offense. They looked to be in tough with a visit to the Chicago Bears at Soldier Field, but Aaron Rodgers put on something of a clinic as he threw for 4 TD’s in an impressive 38-17 road win. That was enough to get the Packers back on track after an awful season start, at least for the time being. On the other hand, Vikings fans didn’t know what to expect when they welcomed in the 2-1 Atlanta Falcons. The Falcons were coming from a demolishing 56-14 win over the Bucs and their confidence was on a high point. Minnesota was missing star RB Adrian Peterson due a suspension, and had a rookie QB at the helm in the shape of Teddy Bridgewater. They put on an offensive show of their own, albeit against a rather frail looking Falcons D. With all that in mind, it’s tough to say which versions of these two teams will step on the field on Thursday night. Both have had games where nothing goes right offensively, as well as games where the offense looks unstoppable. As such, this could end up being a tight, defensive struggle or an offensive explosion that ends with the last team with the ball winning the game. To get an idea of how it might play out, we should probably take a little walk down memory lane.

Both teams are coming into this one at 2-2, but the Packers have been installed as a 9-point home favorite, with the OVER/UNDER set at 48 points. The Vikings are 3-1 ATS and have seen 3 of their 4 games this season fall UNDER the total. The Packers, meanwhile are 1-2-1 ATS, with three of their 4 games going over. That does not help us much, so let’s dig a little deeper. Game Odds: VIKINGS: +8-110, ML +310 PACKERS: -8-110, ML -380 Game Total: 47 ½, o/u -110 Green bay has a definite edge against the Vikings SU when playing at home, including going a perfect 2-0 the past three seasons. The past 3 seasons have seen 2 of the 3 games played at Lambeau go UNDER the points total.

The safest bet here would appear to be to go after the Packers and bet Green Bay straight up. They are on a high after last week’s big win and are returning home, where they won their only other home game this season. If you feel a little adventurous and bet something beside the NFL spread or money line, I might go with the OVER on this one. The trends don’t show this to be the case, and it really is more of a hunch play.
Older post
Newer post