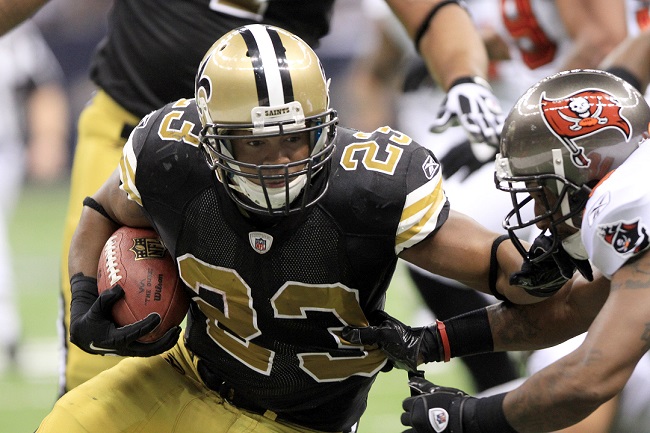 Written by Jordan Walters on October 3, 2014

NFL News and Rumors
The Tampa Bay Buccaneers got their first win of the season last week against Pittsburgh; however, this week will not be easy as they will travel to New Orleans to take on the Saints at the Mercedes-Benz Superdome. Both teams enter the game holding a 1-3 record and will do their best effort to avoid another loss and slip even further to the bottom of the league. Judging by the NFL betting line, this is going to be a tough game for Tampa, but also brings the chance for another upset and that’s something bettors should keep in mind for this weekend.

A Look at Each Team

The 1-3 Buccaneers have the worst passing offense in the NFL with 194 yards per game. Meanwhile, they are giving up more than 270 yards in passing each game. The Bucs turned to Mike Glennon at the quarterback position during their failed primetime performance against Atlanta earlier this season. Glennon has three touchdowns and one interception in his time at the helm, an improvement over the two touchdowns and four interceptions Josh McCown had.The Buccaneers have gone all for broke on blitzes. The team has nine sacks with two each for Gerald McCoy and Michael Johnson. The 1-3 Saints are struggling following losses to Dallas and Cleveland. They still have the third-best passing game with 294 yards per game. The Saints have struggled to get turnovers while tight end Jimmy Graham is the only player who is averaging more than 50 receiving yards per game.Interestingly enough, the Saints’ three losses have all been on the road. The Saints have gone 25-7 at the Mercedes-Benz Superdome in the last four seasons of regular season play. They were also undefeated at home last year.

The biggest issue for the game comes from the lack of passing control on the Buccaneers’ front. While Mike Glennon has already surpassed Josh McCown’s passing yard total in one and a half games, the Buccaneers are still giving up nearly a hundred more passing yards per game than what they get. In addition, running back Doug Martin is struggling after returning from an injury.The tandem of Khiry Robinson and Mark Ingram has helped the Saints on the ground. The team has gotten about 130 rushing yards per game. The lack of road success for the Saints when compared with their home efforts also suggests that this team may be better suited to indoor conditions like what they are used to playing in.Game Odds:BUCCANEERS: +10½-110, OV 48 -110, ML +400SAINTS:                -10½-110, UN 48 -110, ML -525

The lack of productivity for the Buccaneers from a defensive perspective will hurt in a game where the Saints are -10.5 favorites with a 48.5 over/under. Also, while Glennon has clearly been more proficient than McCown so far this year and actually has a win to his name, the pressure of playing in a stadium that has been tough for many opponents in recent time should make for a real burden in his game play. The Saints should win this one 35-10.

The New Orleans Saints could use some home cooking considering their road struggles. Come back to the Superdome and taking on a Tampa Bay Buccaneers team that has struggled in spite of recent momentum may be the thing that the Saints need if they are to catch up against Carolina and Atlanta in their division. But the team has been inconsistent so far this season, which actually opens the chance for Tampa Bay to move out of the hole and beat the football betting odds for Week 5.
Older post
Newer post