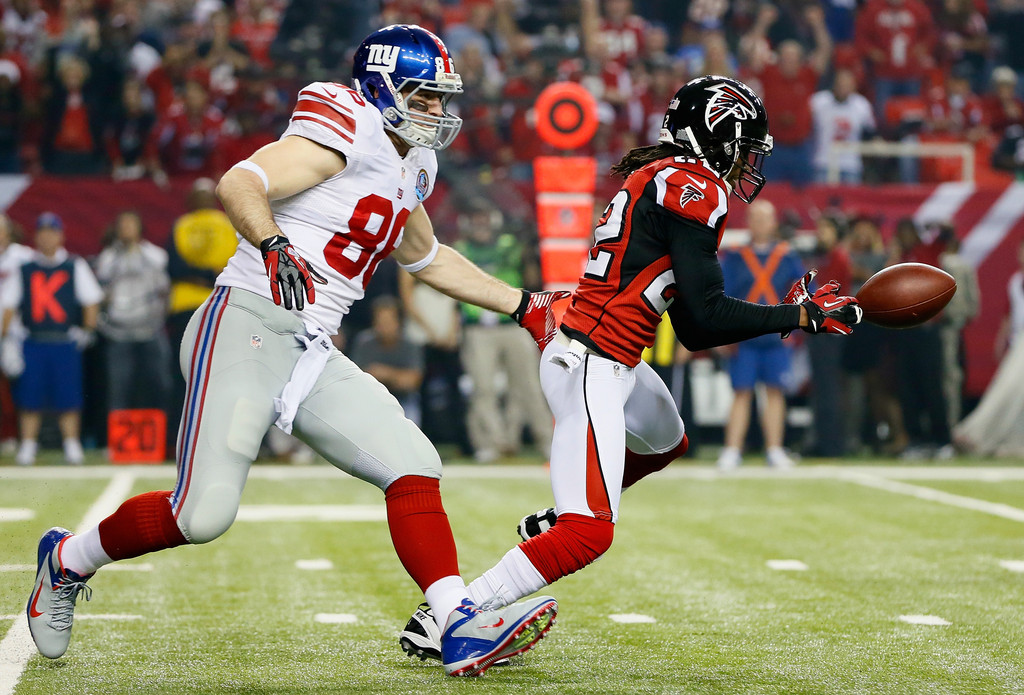 NFL News and Rumors
An enticing NFL shootout is set for this Sunday as the Atlanta Falcons take on the New York Giants. Two back-to-back wins means that the Giants will be looking for a third successive win against a team that doesn’t seem to shake off their shifty form that has seen them alternate wins and losses. Both teams are squaring at 2-2 starts to the season, and as the listed NFL game odds serve as an indication, the game is bound to be close for these two rivals.Game Info: Atlanta Falcons vs. New York GiantsVenue: MetLife Stadium, New JerseyDate: Sunday, October 5, 2014Time: 1:00 PM ETA lot of questions have been raised about the consistency of the Falcons. They look very solid in the bloated win against Tampa Bay two week ago, beating the Bucs by 42 points. But only a week later the team suffered a 41-28 defeat to the Minnesota Vikings in a game most betting fans thought it was going to be easy for Atlanta. Despite playing an average team that was playing without its starting quarterback, Atlanta’s defense crumbled and allowed 558 yards against the Vikings.To make matters worse for the Falcons, Matt Ryan seemingly switched off from the game and cost his team valuable points. Whereas Ryan commendably completed 25 of 41 passes for 298 yards and had two TDs, he threw two interceptions that greatly contributed to the Falcons’ loss.Notably, in the first four games, Atlanta’s opponents are averaging 153.5 yards on the ground, making their rushing defense one of the worst in the league. With the Giants currently averaging 173.5 rushing yards in their last two games, the Falcons will need a solid defensive performance if they are to get something out of the game.Game Odds:FALCONS: +4-110, OV 50 -110, ML +185GIANTS: -4-110, UN 50 -110, ML -215Conversely, the Giants are boasting of a rejuvenated team that has seen players like quarterback Eli Manning and running backs Rashad Jennings and Andre Williams playing enthusiastically. Against Washington, Jennings and Williams combined to give the team 121 yards and a touchdown while Manning amazingly completed 28 of 39 passes for 300 yards and four TDs with one interception.For many football fans, the 45-14 victory was indeed a great send off, and rightfully so, for the newly-retired Derek Jeter. But for many of the Giants’ players, the win serves another purpose—a boost of confidence after they’d lost their first two games of the season. So, even though there are still a few defensive holes that need to be patched by the Giants, another confident play by Manning and his team should see them get a victory.PredictionAs far as records are concerned, the Falcons have an 11-10 advantage over the Giants in regular season play series. When these two teams last met in 2012, the Falcons humiliated the Giants with a 34-0 beat down.  On Sunday, both Manning and Ryan will be instrumental to their teams and they will put in some decent performances. However, the Giants will get the better of the Falcons and win with a close margin (the 4-poinf NFL betting spread won’t be an issue for the Giants). Also, expect a solid performance by the new kid on the block—New York Giants’ tight end Larry Donnell.
Older post
Newer post