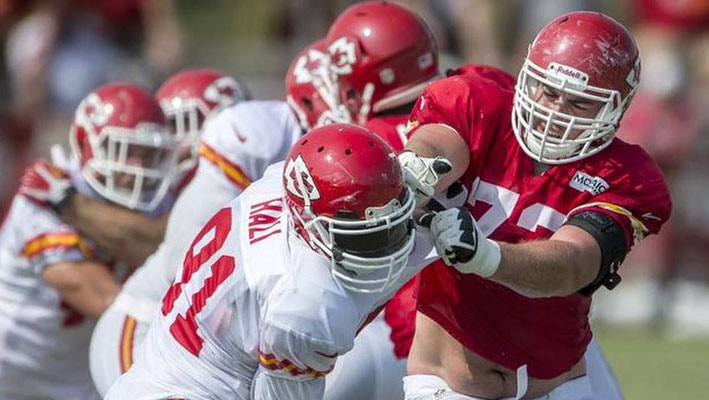 NFL News and Rumors
Week 5 of the pro football betting season is about to close with the Monday Night game between Seahawks and Redskins, but before we enter the final game of the week, its time to recap what happened on that week. The last two unbeaten records in the NFL have fallen in blowout fashion. First the Arizona Cardinals suffered a 20-4 setback to the Denver Broncos and saw quarterback Drew Stanton leave with a possible concussion. Hours later the Cincinnati Bengals became the final team to lose on Week 5 after getting steamrolled by Brady’s New England Patriots 43-17 in Sunday night Football.So there are no more undefeated teams in the NFL going into Monday Night Football. We also witnessed plenty of late comebacks; OT wins and upsets on Week 5 that reflect the unpredictable nature of the NFL. So with the weekend results, 25 teams have at least two wins, which adds up to eight division races that are too close to call at this point of the season. So let’s give a look at some of the highlights, comebacks and results that shook the league on Week 5.

Cleveland was down 28-3 in the second quarter, but that didn’t stop QB Brian Hoyer and the Browns from pulling an amazing comeback and beat Tennessee on the road 29-28. Travis Benjamin completed a reception with just one minute left in the clock to give the Browns their first road victory since Sept. 22, 2013, at Minnesota. Cleveland snapped a seven-game road skid scoring 26 unanswered points and pulling the biggest comeback in franchise history and the biggest comeback for a road team in NFL history.

Down by 11 points in the fourth quarter; the Saints were on the verge of dropping their record to 1-4. New Orleans trailed the Bucs by 11 points in the 4th quarter (31-20), but a 27-yard touchdown run by Pierre Thomas cut the distance and put the Saints back on track. Ben Watson was tackled on a two-point conversion attempt that would have made it a three-point game, but a safety forced by linebacker Junior Galette cut the distance to three points with six minutes left in the clock. Shayne Graham’s 44-yard field goal put the score 31-31 and sent the game to OT. The nightmare vanished when second-year running back Khiry Robinson scored an 18-yard game-winning touchdown run on the first possession of OT to give the Saints a 37-31 victory. With the win, the Saints improved to 2-3 and avoided their first regular season loss at home since Dec. 30, 2012

The Dallas Cowboys won their fourth straight game for the first time since 2011 despite blowing a two possession lead in the 4th quarter. With the victory, the Cowboys improve to 4-1 and continue their run as one the most surprising sleeper teams of the season.The Cowboys hadn’t started 4-1 since 2008, and the 20-17 win over the Texans puts them on the top positions in the league right beside the Philadelphia Eagles and San Diego Chargers. The Cowboys head to the West Coast on Week 6 to play the Seattle Seahawks in their only road match in a stretch of six games.

Carolina trailed Chicago 21-7 late in the first half of the game when everything pointed to another loss for the Panthers. The Bears seemed determined to pound the Panthers to death, but all of a sudden Carolina’s defense took over, forcing three turnovers on Chicago’s last three possessions. One of the turnovers came with the game tied at 24-points when Panthers’ Kawaan Short recovered the ball at Chicago’s 23rd yard. Only a few plays later, Cam Newton found Greg Olsen for a 6-yard touchdown that sealed Carolina’s 31-24 victory.

The Buffalo Bills snapped a two-game skid in Kyle Orton’s debut as starter after EJ Manuel was benched this week. The Bills fell behind 14-0 after Lions cornerback Rashean Mathis returned an interception early in the game. Despite the Lions controlling most of the game, Buffalo’s defense did a great job holding Detroit’s offensive, but perhaps one of the factors that helped the Bills to bounce back was Lions’ PK Alex Henery, who missed three field-goal attempts, all in the second half. Orton made a final effort to get the Bills within striking distance in the last seconds of the game. That was enough for Dan Carpenter to score a 58-yard attempt and nail Buffalo’s 17-14 win.
Older post
Newer post