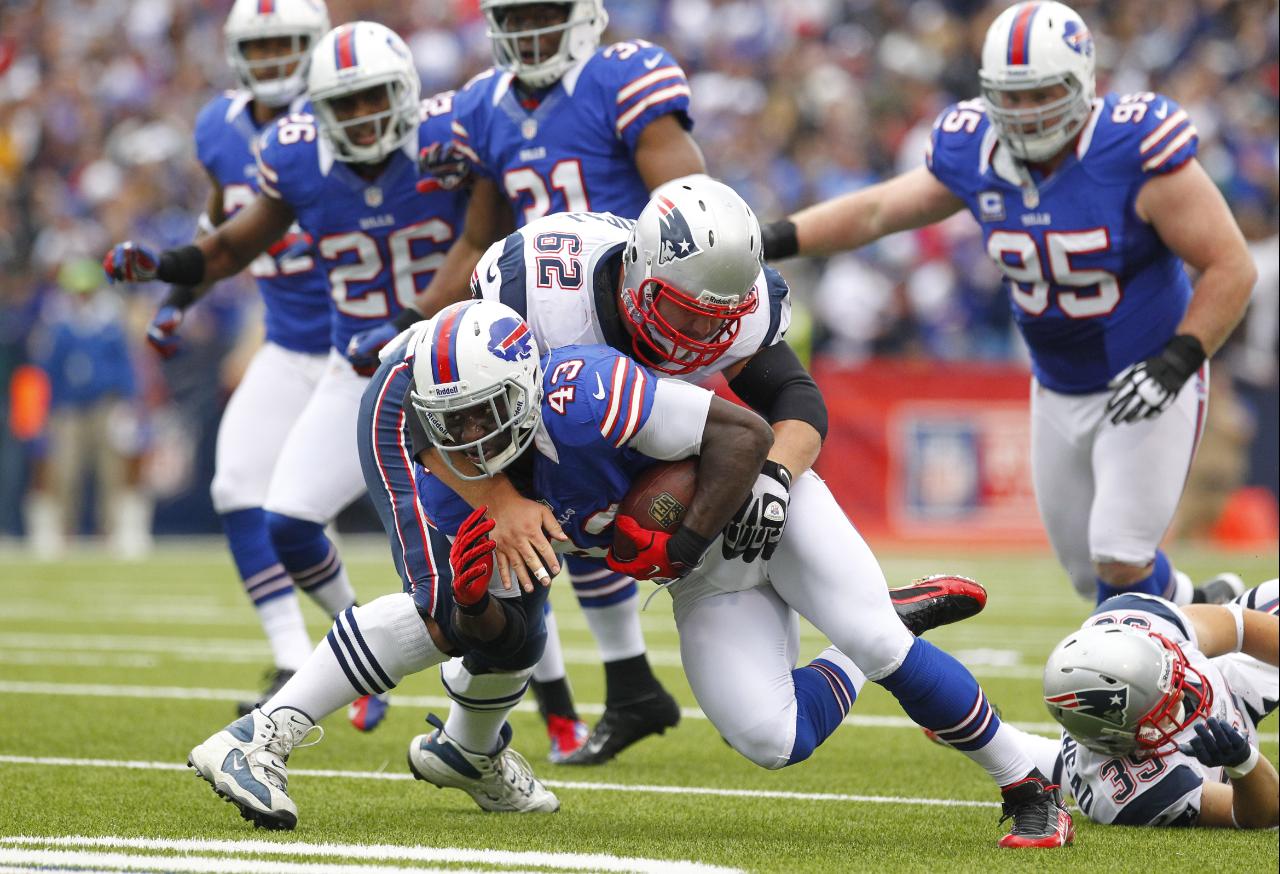 NFL News and Rumors
New England Patriots hits the road this weekend to face the Buffalo Bills on a division showdown for the AFC East superiority. Football fans should note that the Patriots have won 20 of their 21 meetings with the Bills, reason why the Pats enter this road game as 3-point favorite in the NFL lines. As the teams meet again this weekend, New England Patriots will have the opportunity to improve their away record and dethrone the Bills as division leaders. Having won their Week 5 matches respectively, this Sunday’s game victor will have more confidence going into the remaining games in the season calendar.

Even though both teams have recorded a 3-2 start to the season and both team won last week’s games, the Patriots win over the Cincinnati Bengals was most noteworthy. A splendid performance by their QB Tom Brady led the Patriots to a resounding 43-17 thumping of the Bengals. This was Brady’s best game of the season so far with 23 of 25 completed passes for 292 yards and two touchdowns. More importantly, Brady’s impressive performance helped the Patriots break the Bengals’ unbeaten record this season. Cincinnati had a top-ranked defense in the league allowing just 11 points in their last three games. But even the Bengals’ strong defense could not match the Patriots offense, which was exceptionally sharp throughout the game. Brady is likely to affirm his classy play against the Bills who are ranked 21 in the league with a 251.8-yard clip. This season, the Patriots are 2-3 ATS and 9-1 in their last ten games with the Bills since September 2009. The Bills comparably had some remarkable plays in their previous games. QB Kyle Orton inspired Buffalo Bills against the Detroit Lions to a 17-14 come-from-behind victory. This result propelled the Bills to tie with the Patriots at the top of the AFC East standings. In that contest, Orton completed 30 of 43 passes for 308 yards and a TD to get a 3-2 record. Moreover, Dan Carpenter tireless play in the game made him hit a long 58-yarder giving the Bills a quick victory over Detroit Lions. If Orton rises to the occasion against the Patriots, Buffalo Bills will gain more confidence in their quest for the prestigious AFC East title. Orton’s experience for the Bills squad has been invaluable since replacing starting quarterback EJ Manuel. Notably, the New England Patriots have the best passing defense in the league allowing just 185.5 passing yards per game. This record is certainly bad news for the Bills who have a passing offense of 217.6 and are ranked 20th in the league. In their last clash against the Lions, the Bills defense held the Lions’ QB Mathew Stafford to just 18 of 31 passing for 221 yards, one interception and one touchdown. If they can do the same to Brady who had a passing rate of 110.7 against the Bengals, the Bills will have decent opportunities of limiting the Patriots’ offense and even winning the game. Game Odds: PATRIOTS: -3+105, OV 45 -110, ML -140 BILLS: +3-125    UN 45 -110, ML +120

Despite the fact the Pats are 3-point down in the football betting lines, the New England counts with a superior offense that will likely continue their good record against the Bills.
Older post
Newer post