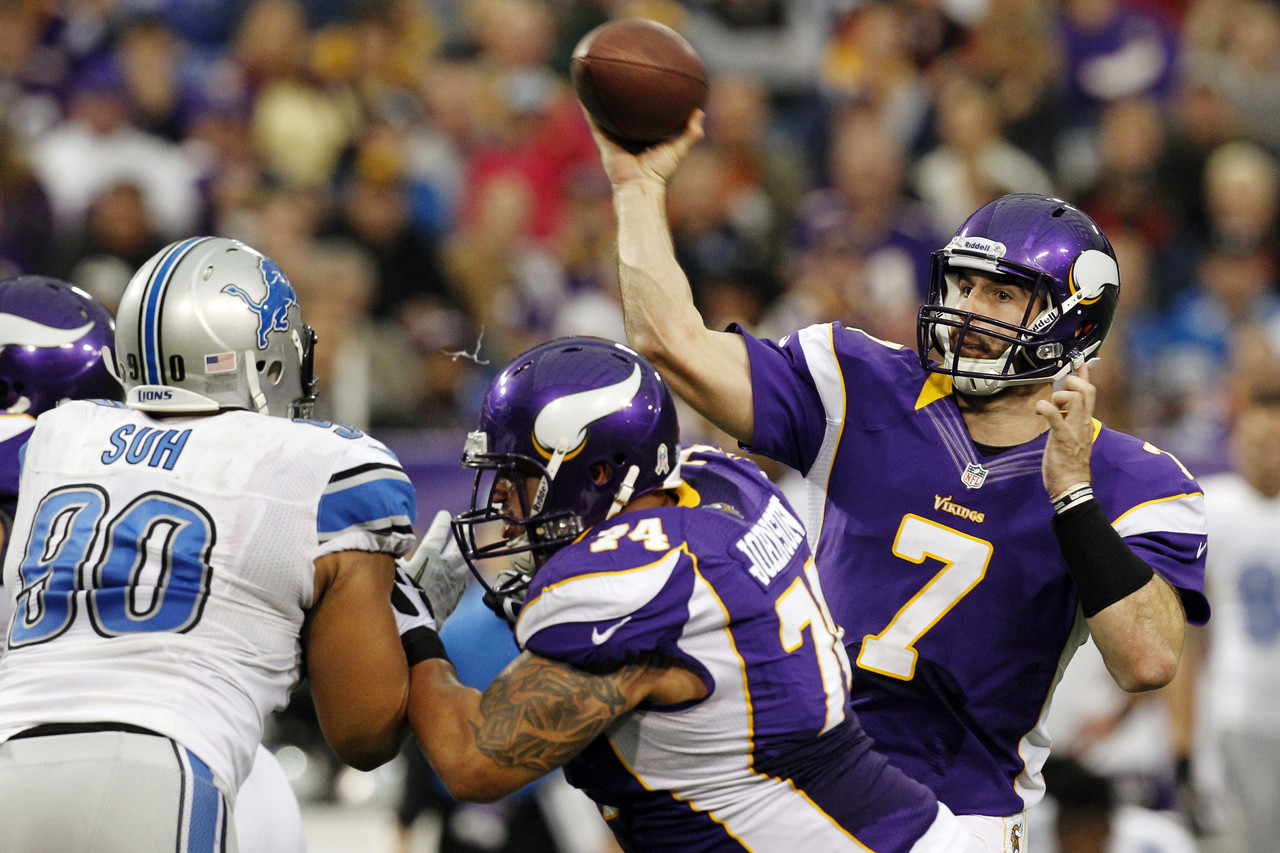 NFL News and Rumors
Another exciting weekend of NFL betting is about to begin, and yet another huge match-up in the NFC North. This is a division that is currently wide open, and while the Detroit Lions may be on top right now with a 3-2 record, they must definitely be looking over their shoulder at the Green Bay Packers who finally seem to have their offense firing on all cylinders. The race for the division leadership is on fire, but Lions will have a chance to retain their top spot when they welcome the Minnesota Vikings on their home turf.

Betting on the Lions:Other than Week one of the season when they dropped 35 points on the New York Giants, the Lions have been unable to really do much offensively. They aren’t doing that bad, but had been hit by a trail of sensitive injuries. Much of their problems may be down to the fact that star WR Calvin Johnson is reportedly playing hurt. “Megatron” Johnson is officially listed as doubtful after missing the entire week of practice with a high ankle sprain. His numbers, as well as those of QB Matthew Stafford, are a lot less impressive than what we have come to expect in recent seasons. It doesn’t help that they don’t have much of a ground game either, and have only crossed the 100-yard mark in a single game this season, which was against the Packers.Betting on the Vikings:The Minnesota offense is hard to figure out this season, but they do have a legitimate excuse for their problems. QB matt Cassel went down and was replaced by rookie QB Teddy Bridgewater, who ended up getting hurt in his opening game against the Falcons. Throw in the fact that RB Adrian Peterson is out due to legal issues, and you begin to see why offense might be an issue. Bridgewater is stated to return this weekend for the game against the Lions, and the Vikings will also hope that they can move the ball on the ground. The two games they have won this season have come when the running game was firing on all cylinders.Betting Odds and Game Preview:This looks like being a tight game. The odds are to close to call, although the Lions have the edge by only 1.5-points. The point total is OFF for the moment, but that may change if the Viking announce that Bridgewater will indeed get the start.Game Odds:LIONS: +1½-110, OV 43 ½ -110, ML +105VIKINGS: -1½-110, UN 43 ½ -110, ML -125Detroit is 3-2 ATS this season, while the Vikings are 2-3 ATS. The definite trend with these two teams this season has been the UNDER, with 7 of their 10 combined games hitting that mark.  The betting total for this game is 43.5 points, which seems a bit large for two teams that lack of offensive power and that will be focused on defending more than attacking. Minnesota has a definite edge, going 2-0 SU and ATS when playing at home against the Lions in the past 3 seasons.The outcome of this one is a bit hard to predict. None of the teams have shinned so far this season and have not played convincingly. Now, the Vikings have lost the last two road games they’ve played, which gives the edge to the Lions. So if Detroit finds the way to replace Johnson and move the ball, then I see the Lions taking this one quite handily.
Older post
Newer post